Impulse buy on ebay…
Now all I need is a beer tap and a keg of Spitfire Lager! 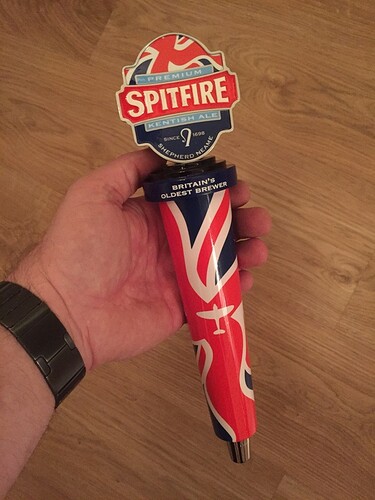 Its not lager my friend thats a real ale!!! I can buy it in bottles but never had it on draught. Its very nice though

Its not lager my friend thats a real ale!!

Terribly sorry, @Cib, ol’ pal.
Honest mistake! They have a Spitfire Lager these days, as well as the ol’ Ale

The Lager of Britain is Ready for Take Off | Shepherd Neame

Now you will have to get a Spitfire Lager pump!!! It looks very nice, off to Birmingham tomorrow to pick up the new puppy. 9 hour round trip. I will try to get some of that lager on route to fortify me from my labours

I can’t order anything from Shepherds Neame Brewery, as they won’t send abroad. I used to be able to buy the Ale over here, but haven’t seen i on the shelves in a while…

I can’t order anything from Shepherds Neame Brewery, as they won’t send abroad.

Crap… another reason why I need to visit in the future.

That’s a beautiful tap handle Troll. Ours are pretty plain at the moment. We needed to produce like 300 of them at a reasonable cost, and they ended up rather pedestrian. They were also supposed to resemble a dock railing. The second run was better. 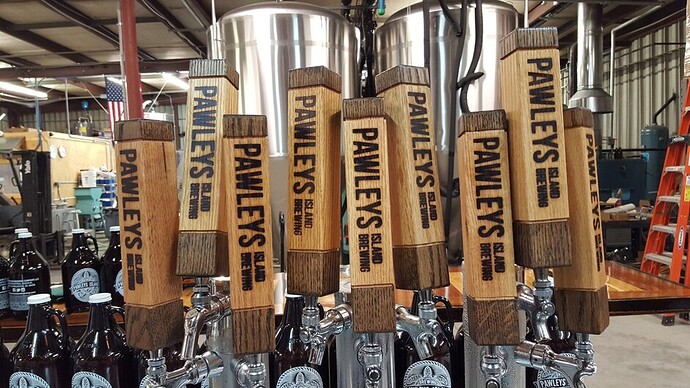 They have great ads! My favourite:

At the time, the brewery got into quite a lot of trouble for some of its advertising due to its less than politically correct style. Most people loved them. One of my favourites was:

Also forgot, they themed some adverts around sporting events. We lost the Ashes to the Australians and these started appearing. The first one also sums up my opinion of @Bogusheadbox

Drove past Marstons Brewery today but could not stop for photos. 12 hours I have been on the road. Just back having some grub and will post puppy pics in the pet thread. Or maybe make a new one

Saw this and thought of you 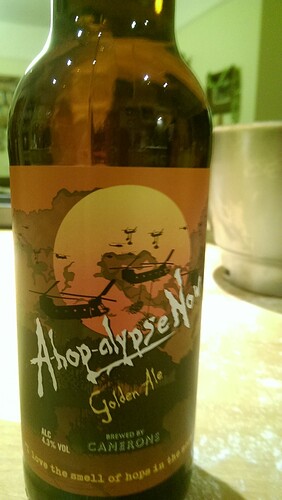 I have collected a few more parts for my pub…
A Spitfire Ale faucet sign and a bottle opener. 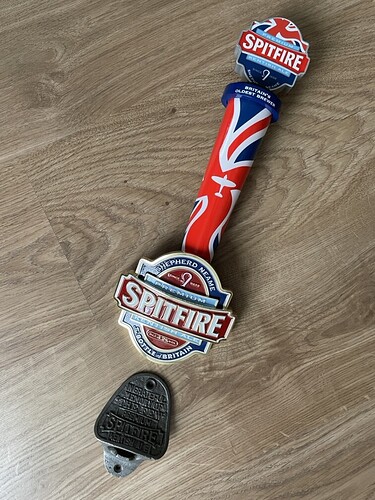 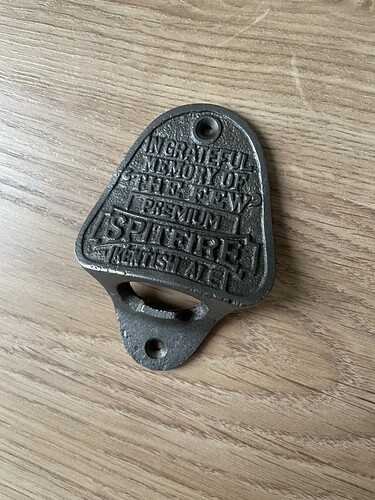 While I would like to have my own bar, I have to adhere to the fact that I don’t have room for one…
So I came up with another cool idea, I think.

How about mounting the sign on the handle and use it to pivot the bottle opener…?
Like this: 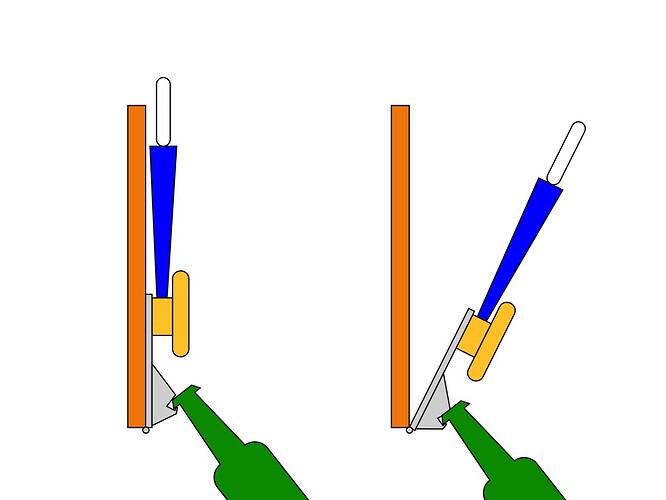 A hardwood plate that hangs on the wall and a metal plate that holds the bottle opener and sign/handle.
Would need a retraction mechanism of some kind. A regular spring, perhaps? Maybe use a self closing hinge
The metal plate could be bare aluminium…?

Ideas and thoughts are welcome, as always.

Ideally would be a bit of an actual spitfire. Might be tough to source.

Want me to see about getting you a keg? I bet I could export one as a gift even if the brewery wont

a bit of an actual spitfire. Might be tough to source

That would be absolutely awesome! But, yeah… Tough to source. Would be the ultimate relic, though.
But then again, there are places where they restore Spitfire wrecks.

If anybody reading this know of anybody who would like to get rid of some Spitfire scrap metal, please contact me.

Want me to see about getting you a keg?

Thanks! I contacted them just recently, and the rules have changed with regards to Norway, post Brexit. They will sell me a keg now!

I met him at Ozzfest years and years ago but I had a mouthful of burger and was so shocked to be confronted with my rock idol that I couldn’t speak more than foul mumbled garbage.
He laughed a little and walked off.
Best day ever