Ukraine pilots train for the Warthog

Around the room, five Ukrainian pilots underwent training on the simulators. Were it not for all the uniformed personnel, the scene could have been mistaken for a gamer convention. Each station had a realistic throttle, flight stick and VR goggles linked up to a computer tower that gave off a technicolor glow. None of the gear was classified, and most of the components came from a niche of the gaming community that builds flight simulators for fun.

I wonder what flightsim they are using…? 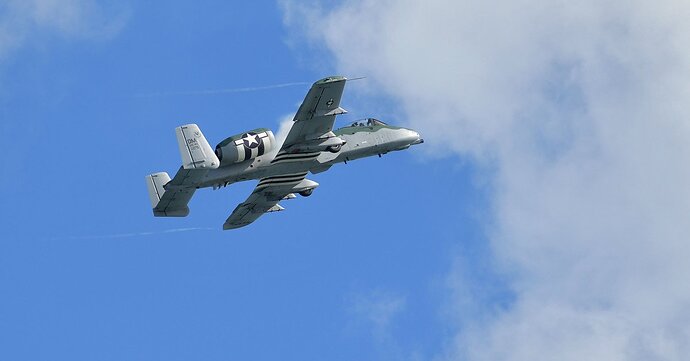 The program shows how Ukrainians are using invention, social media and disregard for protocol against Russia.

That’s interesting for sure, but as the article notes a 'Hawg requires a sanitized airspace to be most effective.

The A-10 can of course bring new capabilities to the field but since it won’t be able to operate safely in Ukraine a lot of it will be limited. There are some definite advantages to the Warthog compared to the often mentioned F-16 (e.g. no need for hydrazine!) but I don’t see how it would significantly change anything.

I do think that Ukraine would find some good use for the A-10C, I am just not sure it’s what they need most right now.
On the other hand it might be the only viable option for a western aircraft able to deliver smart weapons (not counting MiG-29s with jury rigged HARMs) in the short to medium term and Ukrainians have proven that they are very smart in the way they use what they have to fight the Russians, so who knows…

Like flight of the intruder iirc.
See who gets high scores flying the hog in DCS and get them enlisted

Not going to lie, I’d literally lie my ass off if it meant flying the 'Hawg over Ukraine.

Not going to lie, I’d literally lie my ass off

My first [cynical] thought: the USAF brass now has another avenue to rid themselves of that ‘thing’. Long live the Hog! In the right environment that is. If this is all true, and happens (it is the internet) I’ll bet the Ukrainian’s come up with some novel ways of employing it, necessity being the, you know…

You understood the assignment.

the USAF brass now has another avenue to rid themselves of that ‘thing’.

My first thought as well. The USAF fighter mafia hate it, and so do the bomber mafia (what little remains) too frankly. They ought to tear up the Key West agreement and give the Army the A-10s and let them buy Super Tucanos.

Can’t help but think of A10s every time i picture that 40-mile stalled convoy in the early days of the war . What a missed opportunity .
But it prolly wouldn’t have fared any better than the SU25s Ukraine already had in a contested air environment .
Saw an interview on Ward Carrols YT channel in which an expert posited that the Gripen would be the best choice for Ukraine as it is designed for FARP use , and can defend itself from high-flying interceptors while engaged in low-level ground attack . The F16 needs fully-equipped airfields and the A10 has no bvr capability .
Of course the decision will rest at least as much on politics as it does on operational capabilities , and the Gripen is likely a non-starter for several reasons despite the capability enhancement it offers .

F-16s can probably do road ops…some countries don’t have the choice. Also he would need to be specific on the the reality of maintenance because F-16 was designed for easy cheap and austere maintenance from the beginning because that equals high sortie rate. The Gripen also claims to be a High technology jet…they cant have it both ways. If they want Meteor on F-16 though someone needs to put up the money so less likely. 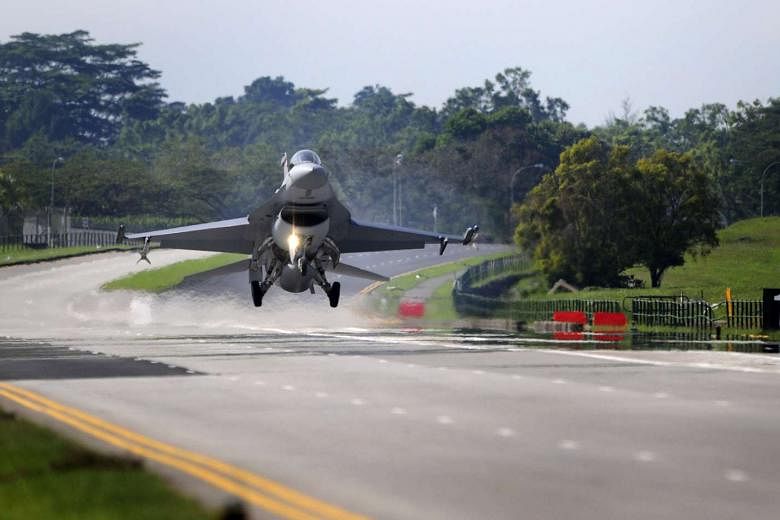 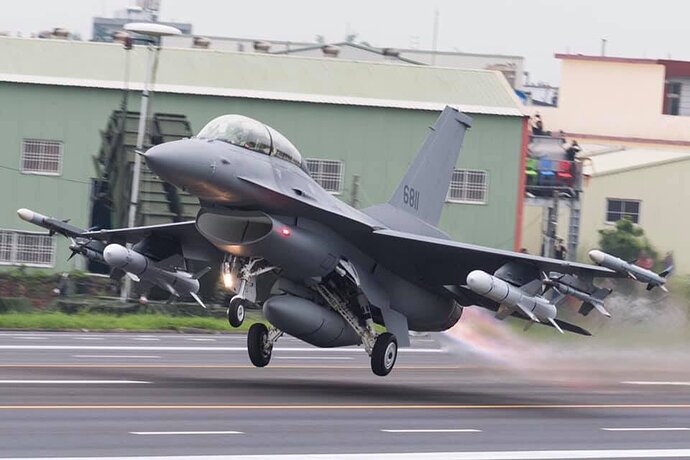 The Gripen also claims to be a High technology jet…they cant have it both ways.

Both the Viggen and Gripen systems were designed for easy maintenance and quick turnarounds at dispersed bases.
The Gripen does a full AA loadout turnaround under 10 minutes.
We managed AG turnarounds on the Viggen in 15 minutes. 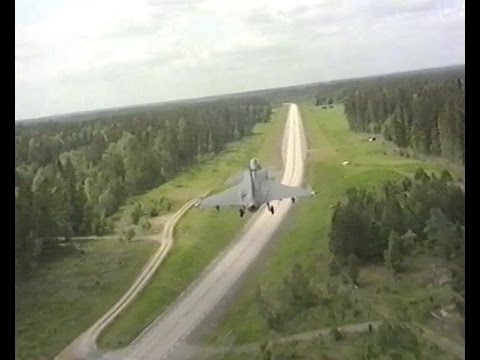 The US Interstate system has straight stretches at fixed intervals for a reason.

Because they were built that way…?

I’m not saying only SAAB aircraft can land on roads, nor that Sweden is the only country that has a dispersed base system.
I’m just countering the logical fallacy that hi tech jets can’t be easily maintained.

Actually I just looked it up. It’s BS. Another airline pilot told me that and I took it hook, line and sinker.

What I mean by that is “both ways” relative to other jets with comparable technology. F-16 has always been High tech and components were designed to be easy to get to (such as the LRUs) in relation to the jets it replaced.

My argument is that it might be good to know how different the times really are but without seeing some actual apples to apples data on it - tad difficult.

These guys claim 23 mins turnaround which really isn’t that bad.

A load crew with the 20th Maintenance Group weapons standardization flight, performed a Hot Integrated Combat Turnaround for the first time at Shaw Air Force Base, South Carolina, May 15.

I’m afraid I don’t understand…? Are you saying the F-16 tech isn’t comparable to the Gripen…?

I’m afraid I don’t understand…? Are you saying the F-16 tech isn’t comparable to the Gripen…?

They are both high tech jets - that is the point - (although I guess depends on the variant specifically) so when it comes to maintenance (not turn around time) I don’t know how that can be compared. Gripen might be significantly easier to maintain in some aspects but it just seems more like a sales pitch when you consider the variables involved.

“Sales pitch” ? For a country whose defense has always relied on fast-turnaround of dispersed air assets ? Not likely .

I would also ask you to consider the differences in required “runway” length (particularly landing) , the FOD -vulnerable intake of the F-16 , and the fact that purpose-designed equipment will generally out-perform that which is not .

Nor do i find an argument that “23 minute” turnaround time at an airbase as compared to 10-15 minutes at a roadbase compelling .

The whole discussion is moot , really , as Ukraine will get what they get , and the likelihood of getting F-16s is much higher . Further , if Vipers are supplied , the exigencies of war will dictate that they will almost certainly be used from dispersed areas regardless of fitness for purpose .

I merely mentioned the Ward Carrol interview for its perspective .