This popped up on my Facebook feed and unusually for something that comes up on Facebook, it had me intrigued…

I ended up taking a risk and jumped into the early early access. Right now you just build your battleship with the available options, and then it’s into battle. There are 35 canned missions right now. Pick a mission, read the brief and then build the ship you think is best suited for the task. Later, there will be a proper campaign where you manage your navy at a more strategic level.

It looks promising but right now, it is a bit of a slug-fest as you pummel the AI with your many guns, and they do the same back. The AI isn’t a pushover.

Is that from the Ultimate General: Gettysburg guy? Looks like it is. During my search for that info this weird thing came up…

The idea that simulations are consolation prizes – digital sops for people that lack the skill or dedication to make it as real pilots, race car drivers, tankies or whatever – is depressingly widespread. The linked notion that sims are something you...

I’m not sure if it is the same guy, but I think it is in the same series… There is an Ultimate Admiral: Age of Sail that has just been released on Steam as well, although the dynamics of the game look very different.

It’s the same guy, Nick Thomadis. Keep us updated on how it goes, my last early jump at something from Game-Labs kind of morphed into something very different by the end, Naval Action but I’m definitely interested.

I’ve had a tab open for months now, debating about picking it up. I think I might finally pull the trigger on it.

Naval Action started out in a very promising way… and then they messed it up. The stand alone scenarios that come with the Alpha are reminiscent of the early versions of NA, so hopefully they take a different path with this one. I was also looking at Victory at Sea: Pacific but the reviews were mixed.

@jenrick , it’s not bad, but there is still a lot of development needed before it could be considered complete. There are plenty of canned battles to chew on for now though, and building ships tailored for the task is an enjoyable exercise. Whether that is worth $50 is down to the individual I think.

Had my eye on this a while. Please let me know what you think after you play it a week or two.

The battles are quite dramatic to watch. You have no control over the aiming and firing of the guns (unlike in Victory at Sea). You just allocate the target and the AI crew takes care of the rest. You do have control of the ships though. 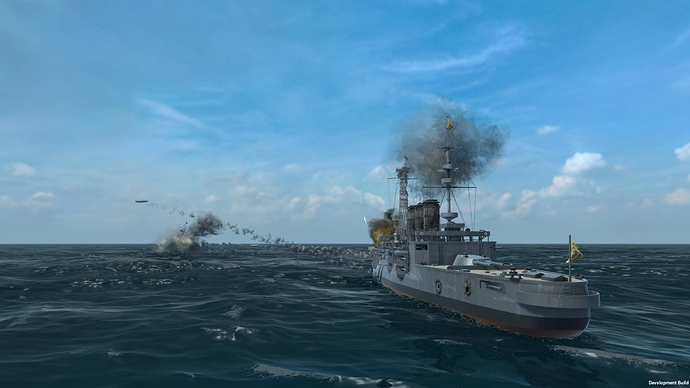 It takes a lot to kill a ship, unless you get a lucky shot that hits something ‘explody’ .

I’m still playing the earlier missions, but looking at the mission briefs further down the list, the ships are going to get a lot bigger…

There is a skirmish mode where you can build pretty much what you like… Here are some shots from a 1940 Skirmish. 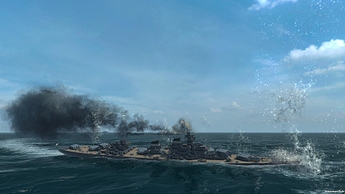 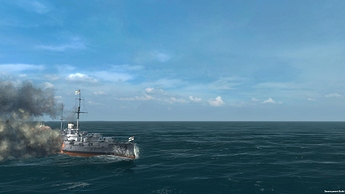 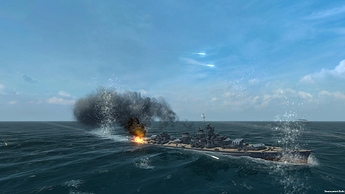 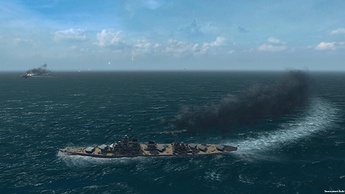 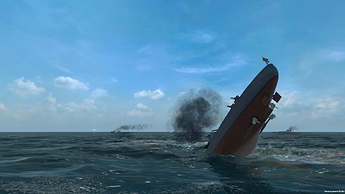 OK…but what about the restrictions imposed by the Naval Treaty of London (1930)??? There are limits on what you can build!

but what about the restrictions imposed by the Naval Treaty of London (1930)??? There are limits on what you can build!

Just use the Japanese module and ignore the Treaty.

Looks interesting…Silly question, Any idea on how realistic the damage modeling is/will be?

Just use the Japanese module and ignore the Treat

Saw it on steam, how do you get it?

So, just to be clear, this isn’t intended to be historically accurate. Call it an alternative universe or something like that.

Damage modeling is fairly basic. The ship has specific areas that can be damaged, such as the superstructure, gun turrets, rudder, engines etc. Sections of the ship when damaged will flood or burn. Damage control is completely automated so you just have to hope that they can stem the flooding or contain a fire. Your contribution to damage control is solely at the design phase when you make decisions about the level of bulkheads and compartments etc. I guess if you are the Admiral, you wouldn’t be micromanaging that stuff in the heat of battle anyway.

In my first post above there is a link to the website where you can buy it directly from the developer. When it releases on Steam you will be sent an activation code to transfer the license.

So, just to be clear, this isn’t intended to be historically accurate.

I understand what you are saying but to totally ignore the Naval Treaty of London??!! That I am aghast and dismayed is an understatement. I haven’t been this upset since I discovered that panel 34A-D-Left on DCS’s MiG-15 was two rivets short of the actual count…TWO RIVETS SHORT!!! What is this world coming too??

(Ouch…I think I strained my sarcasm muscle on that one…)

I understand what you are saying but to totally ignore the Naval Treaty of London??

An example of how damage is handled. 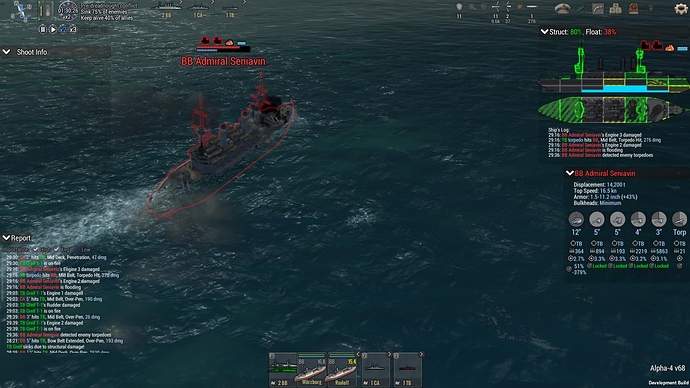