Fingers crossed the pilot will be found ok 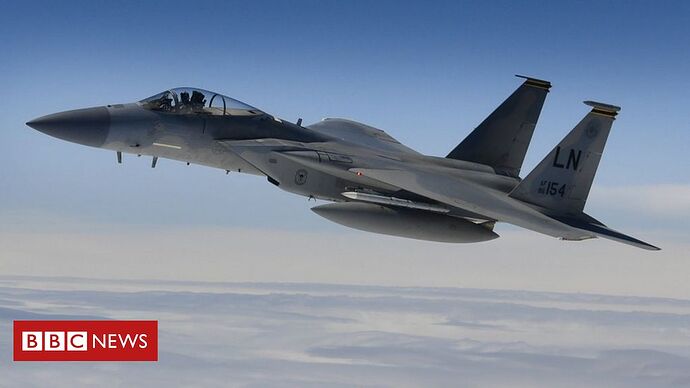 The F-15C Eagle, from the 48th Fighter Wing at RAF Lakenheath crashed shortly after 09:30 BST.

Just read about this as well. Really hope it has a happy ending for the pilot

Huh I know modern ejection seats are marvels of engineering but I had no idea they could give you a happy ending!

Having to ride silk is never a good thing. I hope the man (or woman) is OK.

For a plane that could easily fly on one engine, and even keep going with part of a wing missing - I wonder what would have brought it down.

Are USAF pilots equipped to bail out over water?

Are USAF pilots equipped to bail out over water?

That said, as of 2004, USAF parachutes did not have SEAPAC automatic parachute release fittings. (thought they were called SEAWAR fittings but I probably heard it wrong)

SEAPAC fittings release the parachute when they come into contact with sea water. Thus an unconscious aviator will not get dragged by their parachute.

In 2004 Exercise NORTHERN EDGE in the Gulf of Alaska, the USAF F-15s were not permitted to fly over water if the windspeed, over water, was IIRC above 15 knots. The reason was the lack of SEAPAC.

Prayers for the pilot.

I suppose that was a costs saving measure?

The North Sea is quite busy with traffic so you’d expect someone to have seen something by now, surely?

The North Sea is a pretty big place. Cars can disappear into a lake or river, and a jet is only a few times larger than a car…while the North Sea is WAAAY bigger.

That’s why they should have an ELB or whatever they call it now, along with a radio, to call out their position. Within minutes of hitting the water there won’t be much left to see.

I suppose that was a costs saving measure?

I don’t know, however, given the USAF most likely does not spend nearly as much time flying over sea water as the Navy does…so…it’s more money, you have to do maintenance on them…they put in some safety rules to mitigate it…. I certainly cannot blame the USAF for not having them.

That’s why they should have an ELB or whatever they call it now, along with a radio, to call out their position.

When a seat ejects, a beacon automatically goes off (I think on 243 MHz). It is unmistakable–I’ve heard it only once…you remember what it sounds like. The pilot also has a personal radio that he can use to talk to SAR forces, set to beacon, or listen to the ball game while waiting to be rescued…OK, not that last part.

The info released is sparse. There may have been a seat beacon and they just do not release that info.

Only time I remember seeing our 15C pilots wear water gear was for hopping across the pond.

Now being stationed in England I believe they were it all the time.

As @Hangar200 said the seat has a beacon and I believe the pilot or raft has one too.

The fact that they cant find the pilot dosent sit to well with me.

Like at @Wes said, the 15 is very resilient but remember it’s an old airframe. I hope it’s not a 2007 scenario all over again.

The fact that they cant find the pilot dosent sit to well with me.

Nor does it with me.

As @weaponz248 mentioned, I’m pretty sure the Lakenheath bubbas always do fly with water gear, what with Britain being islands.

Again, very little info released (not complaining; it is that way for a reason), specifically, we do not know if he/she ejected. If he/she did eject, depending on a number of factor, there may be a fair chance of recovery. If he/she did not eject; little chance. 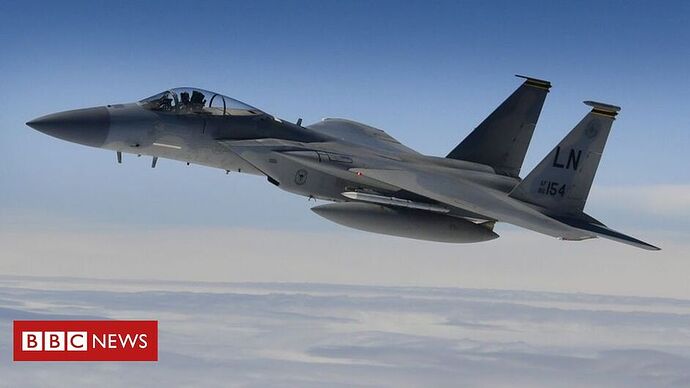 The F-15C Eagle, from the 48th Fighter Wing at RAF Lakenheath crashed shortly after 09:30 BST.

Still looking for the pilot…

Pilot has been found, sadly deceased. They are informing next of kin.

Bummer. May he rest in peace.

Rest in Peace. May he fly eternal in heavens’ blue.

When I first heard this - I was hoping it wasn’t an -E as our not often seen friend @klarsnow I think is a WSO on that. Glad it wasn’t him…but sad to see another family lose a loved one.