Video of landing at night in Hawaii RNAV 04R

I was just slightly left of center-line

Nice one! Must be nice to fly something that has real landing lights that actually illuminate the landing area! (Our tiny Citations feel like they are dropping into a black hole…the landing lights are horrible…) Hope you got to enjoy a day or two in Hawaii…

Bugger the beancounter department for those fancy new LED lights?

Bugger the beancounter department for those fancy new LED lights?

Yeah, I asked our mechanics about that a couple months ago. The short answer was - the aircraft are on “Pro Parts”, which is a program by Cessna where you pay a certain monthly fee for all maintenance. So the replacement bulbs (which burn out quite often) are replaced for free… Free is good (for them)…and they aren’t convinced LEDs (which Pro Parts would not pay for) would throw much better of a pattern. I dunno… Most of the problem is the fact that our lights only sit about a foot off the ground compared to a larger airplane. I’ve survived 20 years flying them though…so I’ve gotten used to it. But whenever I see a video like simfreak’s, I’m reminded how poor our light pattern is…

If I were your mechanic I would never let the mean Cessna do that to you!

Last I heard of a mate of mine who is in GA is that people are replacing those old bulbs by LED’s en masse, fat chance that Cessna is offloading them to you guys until they are out of stock.

Can the light also not be turned down a degree or 2? or is it by design?

Can the light also not be turned down a degree or 2? or is it by design?

KC-135R has three light systems; landing lights, taxi and terrain. First two are fixed. You flip a switch and those lights turn on. Then there is a terrain light. Not used ever. But you can change where it shines. You hold switch and light bulb slowly extends out of a wing and shines depending on how long you hold it. Unfortunately all light are traditional. I wish that we can get LED…but that makes too much sense.

I meant the landing light on Beach’ his Cessna, although the KC135 story is quite interesting. It’s a shame safety upgrades can take a long time in the aviation world.

Nice one! Must be nice to fly something that has real landing lights that actually illuminate the landing area! (Our tiny Citations feel like they are dropping into a black hole…the landing lights are horrible…) Hope you got to enjoy a day or two in Hawaii…

Those lights are OK.

I landed once at night with burned out lights and it was very unpleasant experience. By the time we noticed, I was flaring into black hole. Lady voice that tells you 50, 40, 30, 20, 10 helped a lot…

We didn’t get any time off in Hawaii…landed at 2 AM and were alerted to fly back around 4ish PM same day.

It’s a shame safety upgrades can take a long time in the aviation world.

That it does. It’s amazing how many traditional lights burn out every other flight. Crew chief will have to run out and replace those bulbs…some different then others. Such a simple cost saving, but requires too much bureaucracy.

Yep. It isn’t as easy as just changing to a new and better bulb. I guess it has to be approved, added to the MEL, etc… I know it can be done, I think for Part 91 operators it is way easier.

I believe most LED LDG LIGHTS Are designed as a drop-in replacement for whatever is currently in there, like having wheels from a different manufacturer. As long as it has a PART number and the right certification then it shouldn’t be a problem at all.

Btw Sim, doesn’t sound good at all that those bulb burn out every other flight, is it just on a single aircraft, or on a whole range? Do the bulbs have a long shelf-life? Did something in the electrical circuit change? Might be worth to have a poke around with a multimeter and see what it says, it sounds more indicative of a bigger issue, either with the fleet/light or singular aircraft.

When average aircraft was made in 1962-3 - it’s not surprising. With each pre-flight I’m more amazed that everything works at intended and maintenance didn’t have to repair things on a go. It seems aircraft is slowly disintegrating right before your eyes. 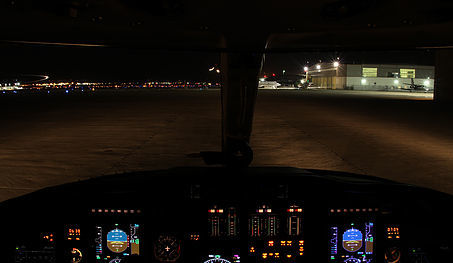 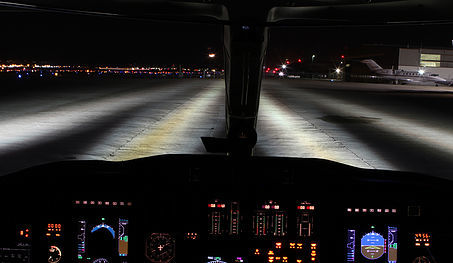 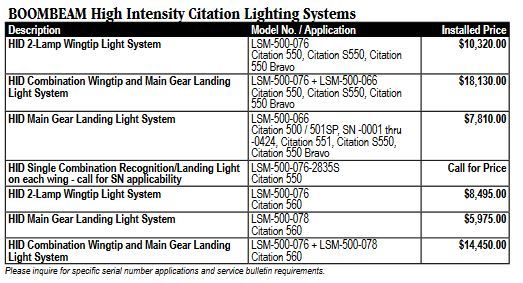 I’m gonna forward this to our maintenance dept…LOL… Actually, those might be HIDs…not really sure if they are LEDs though…probably not…

Looks nice. Now how likely they would spend cash on those?

Eh… Landing lights are a crutch.

No need for lights when you don’t have to flare

No need for lights when you don’t have to flare

Yeah…plus they have that crutch of the LSO blab blab blabbing the whole time. Heck…the pilot probably doesn’t have to do a thing…

I don’t even think we can call it landing, they reinforce every bit of the aircraft just so they can slap it down on a piano wire whilst going full afterburner. It’s the lazy man’s way of landing!

Now how likely they would spend cash on those?

They might. Like I said, the standard lights are free…so there is a tendency to just keep replacing them time and again. But our company has a history of installing stuff (like FLIR for our King Airs and G1000 for one of the King Airs) that is certainly more than $14,500. So it could happen. I’ll float the idea…

Is that a “mode 1” landing (a/p coupled with the acls/auto throttle)? Interesting to see how high they are in close. Wonder if that’s caused by the burble, almost looks like it makes a dive for the wires.