It was a cold, winter morning in January 2009 when USAirways Flight 1549, crewed by Captain Chesley Sullenberger and First Officer Jeffrey Skiles, departed New York’s LaGuardia airport, struck a flock of geese shortly after departure, and glided without power to a water landing in the Hudson River. The so called “Miracle on the Hudson”…

Its the type of professionalism that i don’t mind watching as a movie. It is an event that should be celebrated.

I agree with the complain about the title though.
Excuse me the following statement: In my experience and opinion this is very typical American phenomenon. America needs heroes. Single persons that were or are pure awesomeness, and you have to learn their names and call yourself educated.
I don’t know why it is that way, but this kind of reducing a team to one person can be observed very often. It is not only an american phenomenon, but it feels like americans do (and overdo) it most often.

Fun thing: The general type of statements by single persons are just the other way round. It is very much expected to say “it was a team effort” and “I thank my team and God and my family and this great nation” and such stuff. It is even perceived as impolite and pretentious to claim an effort for yourself, even if it was mostly a single-person effort.
The media (and the people) LOVE to make a hero out of somebody nonetheless, and during that step it is where the team effort is most often forgotten.

That isn’t a bad thing in general I think. Perhaps I am just jealous that heroes are very much frowned upon by germans nowadays (which is a result of our past I guess). I do like heroes.
It still feels weird to read stuff like “Tom Brady beats Russell Wilson in Super Bowl” while in reality they never even were on the field at the same time! You start wondering if there is something wrong, and if I were an O-line (or even worse: D-line) player in the NFL, or Sully’s co-pilot, I think I’d be a tiny bit miffed at the media.

As for Sully: I do think he had a big part in how this accident went well for everyone involved (except the poor geese

), I’d even say he had the biggest one. I still wouldn’t call the movie “Sully”.

Do a google image search for “Sully”. You will mostly get this: 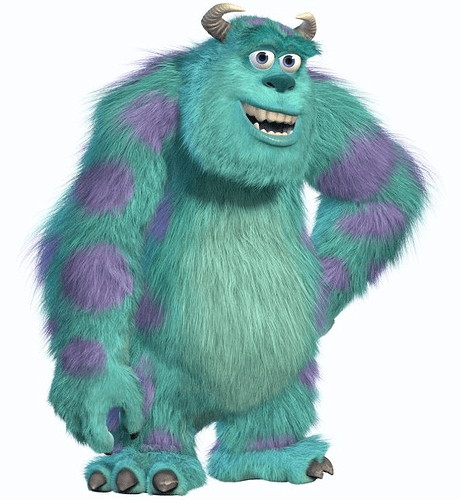 It floated right past my apartment. But I was very sick in bed and knew nothing about it. But I kept noticing between pukes that the sirens outside from the firehouse across the street were relentless. (Shut the hell up, guys!). I also agree that it was a great team effort. I haven’t seen it and will probably wait for Netflix. I have some second hand Sully stories that I cannot relate here but they only enhance his awesomeness.

The best personal thing for me that’s happened as a result is that Jeff took up writing. His stuff in Sport Aviation ranges from good to sublime.

It’s great posts like this that make Mudspike.com part of my daily internet routine. Thank you, Beach!

I complied with the article!

(except the poor geese

No. Full stop. Canada Geese are assholes. They are mean. They are territorial. They poop everywhere. They don’t migrate anymore. They don’t even taste good. If I weren’t so enamored with my current paycheck I would gladly take a career change that involved sitting on the end of a runway with a shotgun picking those flying rats out of the sky.

I’m under the impression Canada Geese aren’t natural in Europe so I can understand the ignorance, but make no mistake. There is no such thing a a tragic dead Canada Goose, only a good start.

Ah. I suspected this would happen. Our feathered ambassadors want no part of your oppression!

Ok, I got this

MIRACLE OF CLINT - ACT 1, SCENE 5 FADE IN: COCKPIT. FLIGHT 1549. DAY SULLY (CLINT): Well, it look likes the orphanage is all ready to fly - all 155 of the poor little fellas – Let’s get this bird in the air… (SQUINTS TO CAMERA. CAMERA PAN TO OUTSIDE) SOMBRE MUSIC. BUILDING TO CRESCENDO. FOCUS ON FIFTEEN CANADIAN GEESE ON RUNWAY. GOOSE1 (CGI): Squawk! (EYES NARROW IN ANGER) AIRCRAFT ROLLS OUT. CAMERA BACK TO CLINT. EXTREME CLOSE UP. SULLY (CLINT): My God, no.…

There are Canada Geese in Europe, I met some in Norway and Denmark.
To me they seemed to be pretty nice fellas so far. Haven’t talked much to them though, they spoke with some weird accent.

they spoke with some weird accent.

Great article! I enjoyed the read it/do it pieces you did at simhq, happy to see the format returning.

Fire away! (And thanks for visiting!)