Now listen, I hate these Battle Royale games, I’ve tried both that fortnight game and PUBG, and I don’t like them and can’t see how anyone can but that’s just my opinion. Apparently I’m wrong because that’s all the rage, heck the next COD and Battlefield game is suppose to have those modes. I fail to understand… but that’s OK.

BUT, I did try a open beta to a game called Vigor made by Bohemia Interactive, was so impressed I just bought the Xbox One PREVIEW version, and I rarely do previews. Right now it’s only Xbox One, but a game like this from Bohemia Interactive has got to be coming to PC… right?

Anyway, you start with your safe selter, you go into these small maps of 12 to 16 players and gather resources, then try and ecape to an exit with it… if you run into someone else, it’s killed or be killed, you kill them, you get to loot all their stuff, if you die…you lose everything you took into that map and respawn empty back at your selter.

Some of the most intense small man vs man vs man vs man… action. Kill or be killed, or sneak in, get stuff to build up and upgrade your shelter, or build weapons and ammo etc etc… then just sneak out.

Each battle is about 10 minutes long give or take… very intense and excititng… very pleased with this preview, some serious issues need to be address, but it is a preview game… check it out.

:"1991. The nuclear war is over. Central Europe is devastated,
Norway has become the last stand. You start as a nameless outlander,
but who will you become? No time for uncertainty.
Turn a shelter into your home. Fight, run or hide.
Take risks, claim rewards. Survive this cut-throat experience. "

I don’t console much these days but looks like it could be fun. It will be Free-to-play in 2019 according to site.

Looks cool but I’m pissed at Bohemia Interactive at this point. Xbone only? REALLY? Abandon the PC fan base that brought you to power? This game better be released for PC too. If it isn’t I’ll play my “Bohemia never knew how to code for PC’s in the first place” card!

I heard about this…

I live in Tromsø, but it’s nowhere near the E3 though

Uhm, I don’t dislike them Battle Royale games… I have a couple I gotten for free and find them very adrenalinic!
But this Vigor? Hell yes, this is something different!

Thanks @Magnum50 for getting it on my radar!

Norway, once a haven, has transformed into
a cut-throat land of survival where only
the ruthless – or cunning – make it out alive.

Ummm…yeah…they were called the Vikings. 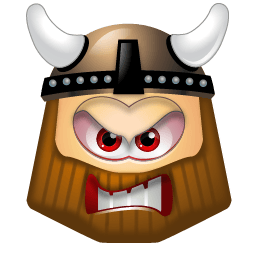 I’m loving this game, still in game preview… bugs and all, playing 5 to 10 matches a day…

BTW… if you have a Xbox… this was released a couple of weeks ago, and I love it… my current favorite game, and most played game… I did a hints and tips broadcast when released, and ended up with one hell of a match… if interested, or not. lol

The first 10 mins is the shelter talk, the last 20 is one match that I ended up doing really well in getting the safe loot and the airdrop.