Should we open a new sub-forum for Mudspike based Virtual Airlines?

If we do create a Virtual Airline sub-forum, do you want a forum for posting individual company “diaries”? (In addition to a general sub-forms for Air Hauler 2 and FS Economy)

When we purchase aircraft for general use for our Virtual Airline, should we allow “group” funds to purchase default aircraft, freeware add-ons, or payware?

Should we allow non-Mudspike forum members to fly for Mudspike “branded” VAs?

Specific to Air Hauler 2 - what percentage of profits per flight should be returned to the pilot?

Polls are dumb - particularly ones with leading answers

What kind of Virtual Airline flying do you plan on doing?

What are you hauling?

Sorry about the crappy formatting. I don’t know how to make polls. Nor do I know how to format them. I wanted BIG headers, but small polls.

Instead - I got BIG everything…

I wanted to vote for multiple entries on the “what do you want to fly” question.

Yeah…I’m not too familiar with the poll creation tools and I screwed that one up. Unfortunately, once published, they don’t allow for editing…

Me and this website running stuff is quite hilarious… 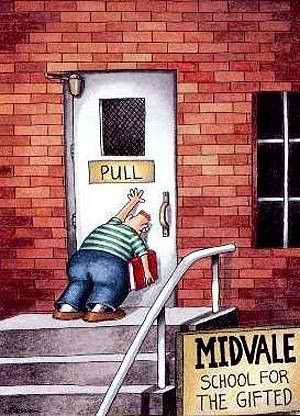 I voted helicopters but I also love the DC-3. So, yeah, I might be able to talk myself into a little bit of fixed-wing. (Does the DC-3 qualify as a bush plane?) Ooh Ooh! I could keep FSE for helo stuff and AH for DC-3/Bush! This really could be quite fun!

Does the DC-3 qualify as a bush plane?

I only voted for the ones I could understand. For example, I don’t know how the (hopefully virtual) money works so I didn’t opine on those questions.

What I’d like to do is take the couple of XP11 aircraft I have (B727F, Do228 and Piper Cheyenne) and fly them around hauling cargo. However it sounds like one must work their way up to stuff like that. Hmmmm…

You can do FSE. There you just rent the plane you want to fly.

Anyway, if I remember FSE is based on type not specific plane. For example if you have the Flight Factor 767 FSE treats as a 767. Same for if you have the Level D sim 767. FSE sees it as a 767 therefore its the same bird I do believe(been over 5 years since i flew FSE). Where as AH sees each as a seprate plane.

Kinda wish AH saw by type and not by author, so to speak

Then my Twin Beech qualfies too! WhooHooo! Gonna be scary though.

And yeah, I’d like to fly other stuff too, though right now nothing bigger than the BE18. Still eye-balling the C208 but that Skyhawk mod you turned me on to is holding me over.

What I’d like to do is take the couple of XP11 aircraft I have (B727F, Do228 and Piper Cheyenne) and fly them around hauling cargo. However it sounds like one must work their way up to stuff like that.

What I’m doing right now, and is one of two ways: created my own company starting with a large wad of cash by setting it up initially with the Easy mode (don’t recall the exact level but was enough to buy the plane I wanted). Then transfer jobs from that company (JR’s Fly By Night) to MAD, then fly the trip for them.

It’s a ‘cheat’ (starting a company in Easy mode) I guess, but I want to fly that acft NOW! I got over it.

There’s another option I read in the manual (skimmed it) where you don’t have to have your own company to join a VA.

I did it the former way simply cuzz the acft is so ‘unique’, to me - it’s not high-dollar payware quality which other might not care for.

Wonder if you can transfer acft from your company to the VA? Have to skim the manual a lil deeper.

Harumph. Well guess my new category wasn’t enough. Just kidding, I like these ideas. I will clean mine up.

EDIT: In my defense, I created them very quietly and moved some of the relevant topics over there but did not announce it.

LOL…I’m sorry - I didn’t even see it! Feel free to move stuff wherever you see fit. By default, I usually only list by newly updated topics, so I almost never see the forum/subforum structure…

No no. I didn’t let anyone know and your design is much, much better.