For people finding this comment from the main article, the raffle to win these devices is here:

Dear Mudspikers, VPC Virpil has donated the WarBRD flight controller base and grip, used for reviews here at Mudspike.com to be given away in a contest raffle. VPC MT-50CM2 & WarBRD Review VPC V.F.X & WarBRD Stick grip review How do you enter into the contest, for your chance to win this awesome piece of hardware? Easy! Post a screenshot of a Warbird and roll the dice. The entry with the highest dice roll wins. Rules of the game. The screenshot picture must be of any aircraft used by a …

How would you compare the WarBRD stick to the old Thrustmaster 90’s era sticks? I had the “Top Gun” stick but i think that was just a rebranded model of a different type that they sold for the longest time, which itself was just a copy of that standard pattern stick found in many US military aircraft. I’d always felt that the pattern was very comfortable, only bested by the later Afterburner stick (which, for obvious reasons, didn’t last that long).

The FCS Mk.II and TopGun sticks are very similar to the WarBRD. I.e. they all look similar to the F-86 Sabre stick. This was a pretty common stick used in other airframes as well.
I never had this TM stick myself, so I can’t compare function.

How about size? The old FCS stick was very limited, so I don’t expect much of a contest there, but it seemed to fit my hands very well.

I have rather big, clumsy hands… 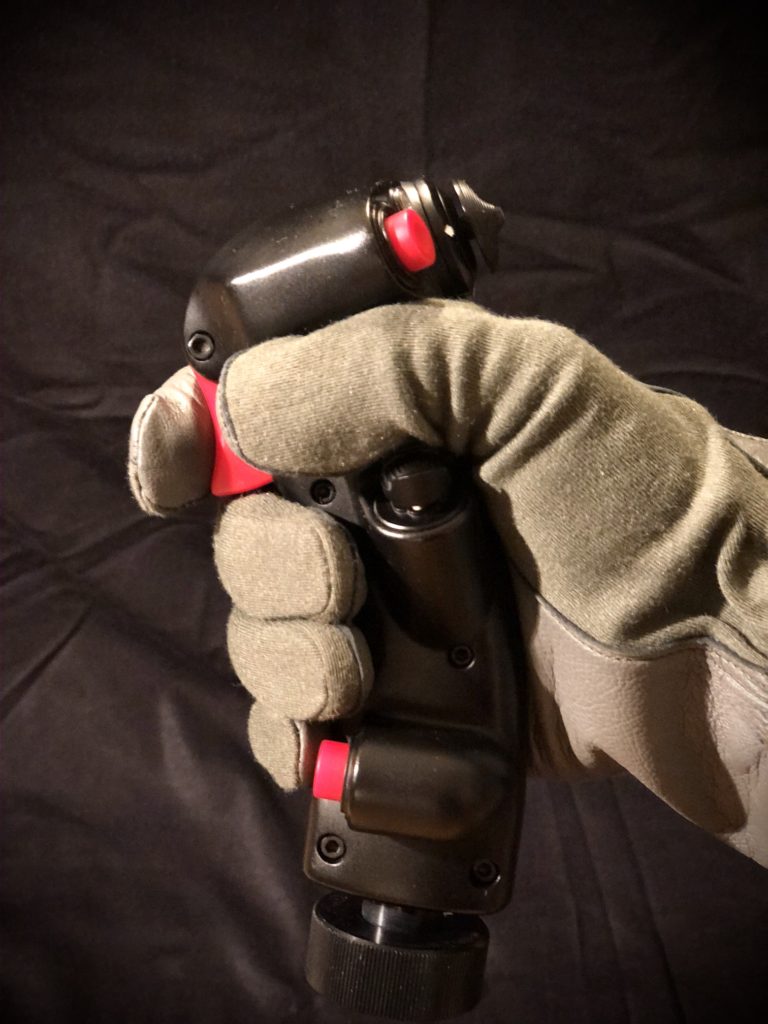 I think the grip is fine. But it sits a little bit lower on the base.

Here are some good tech drawings of VPC gear.

Could happens that Mi-8 grip similarity with B-8 is not just coincidence, but their heritage still Russian.

Looks like a F4 Phantom grip too… and the UH1 Huey’s cyclic…
Regardless of the origins of Virpil’s design, it is a great match for a number of US aircraft from the 50’s and 60’s.

Hi @Sokol1 and thanks for the heads up!
It does indeed look a lot like a Mi-8 grip.
However, this is what Virpil states in their webshop:

And when looking at these links, it becomes clear that it’s not just a Mi-8 grip. Most notably the lower left pinky switch on the WarBRD and edge between the grip and the angled thumbstick, makes it look more like a Mix between the Hip stick and the B8.

For sale is a B8 Stick Grip, in excellent condition. All switches function and the adaptor is included - very hard to find complete set. This is a heavy polymer material and feels much better than the

But the Mi-8 stick grip share many features with the B8.
I don’t know who copied who…?

What I see as more obvious problem is that DCS Mi8 doesnt have trim hat just trim release.

Hi Troll and Mudspike. look at this stolen article without source!

Thanks @zabot11111. I posted a message but there is likely little that we can do.

Immitation is the sincerest form of flattery…!