Well Done! A "pat on your back" thread!

One of my pals from the Black Angels is in hospital following a heart attack. The medics have operated and he seems in good form. He admires his pretty nurses but says he misses helicopters. I claim a pat on the back for arranging some via my stepson. 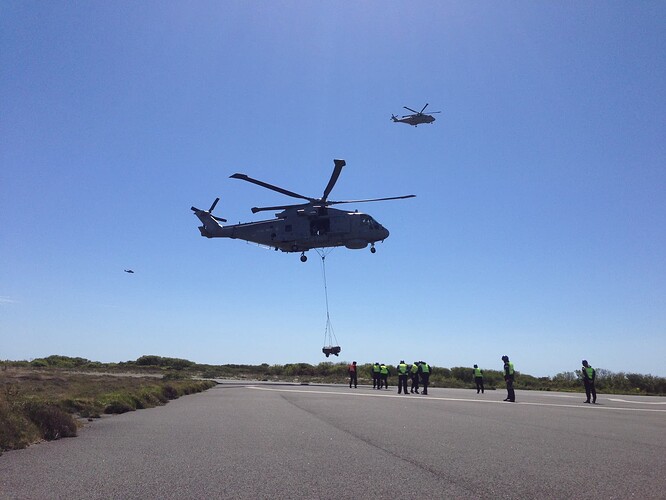 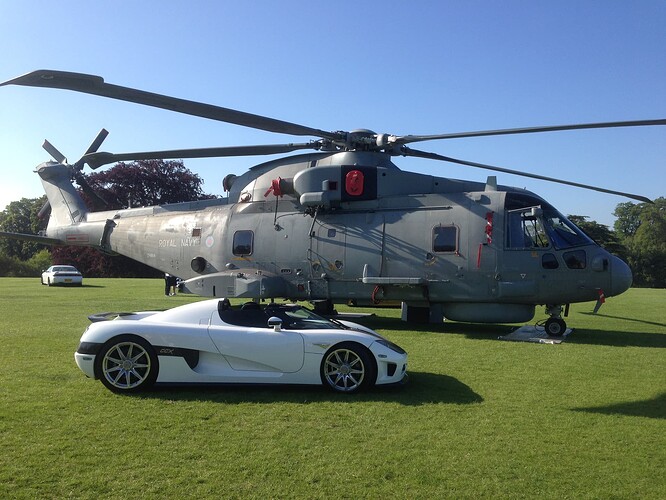 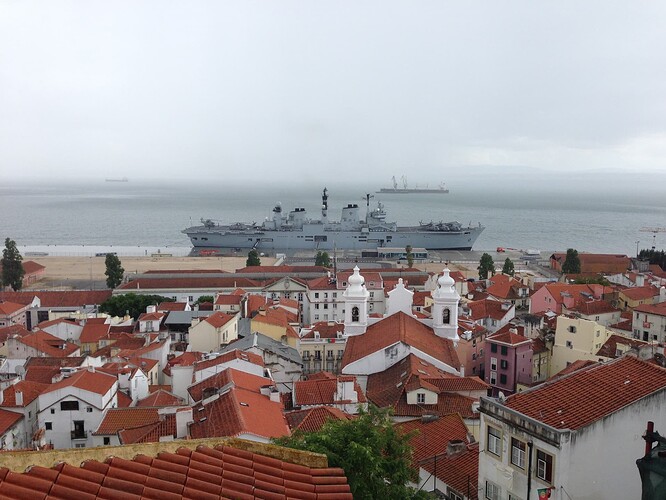 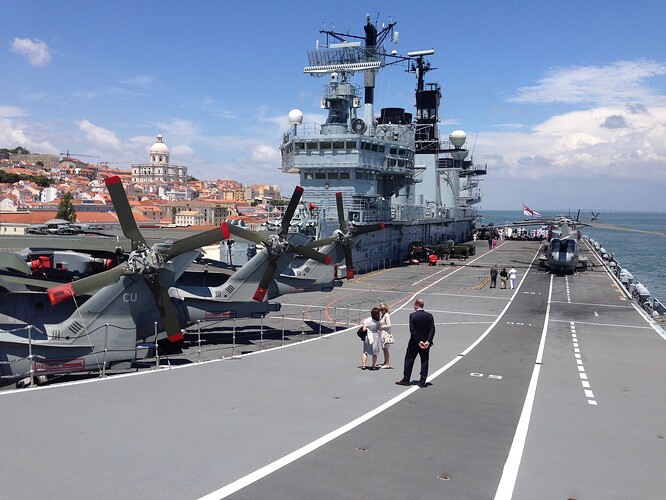 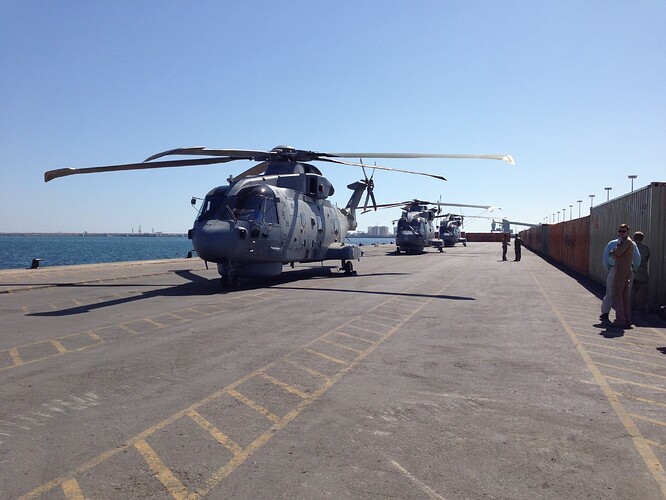 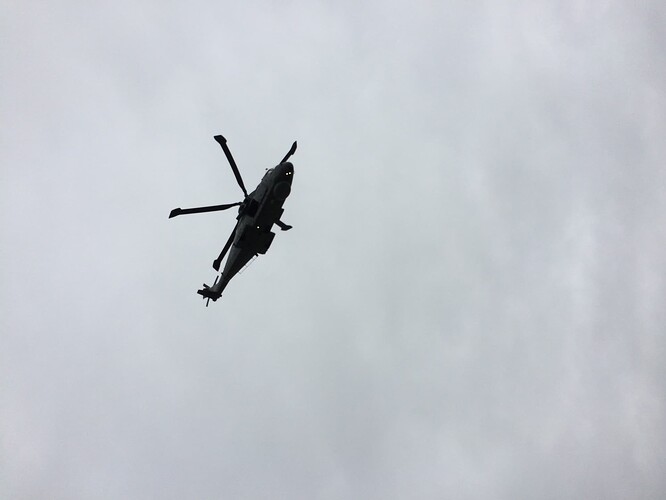 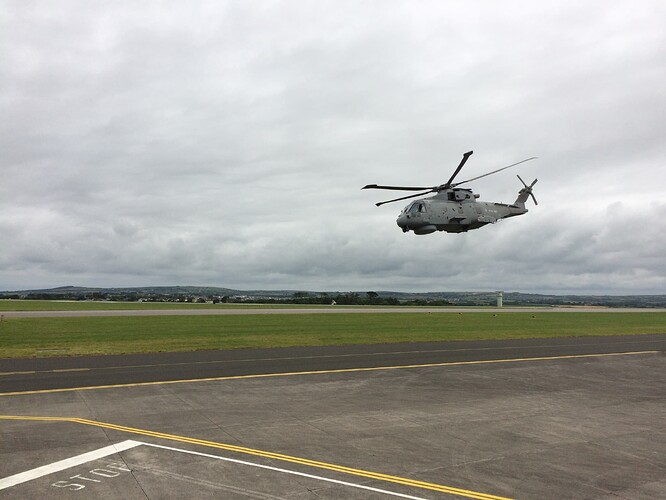 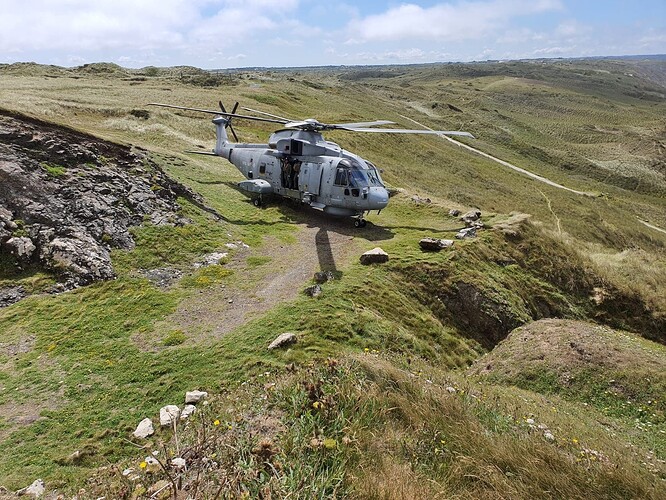 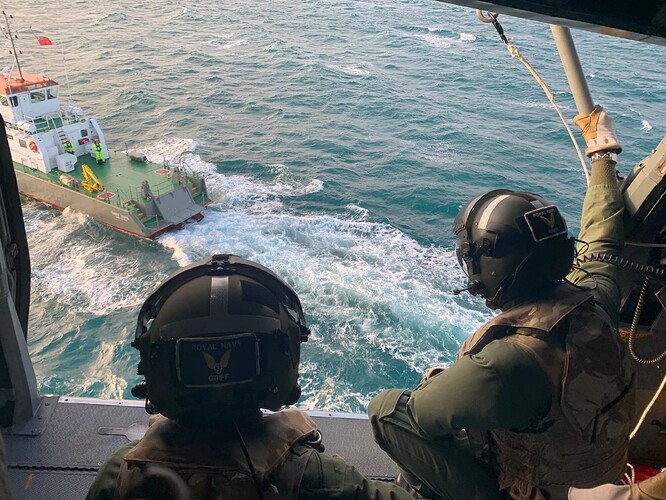 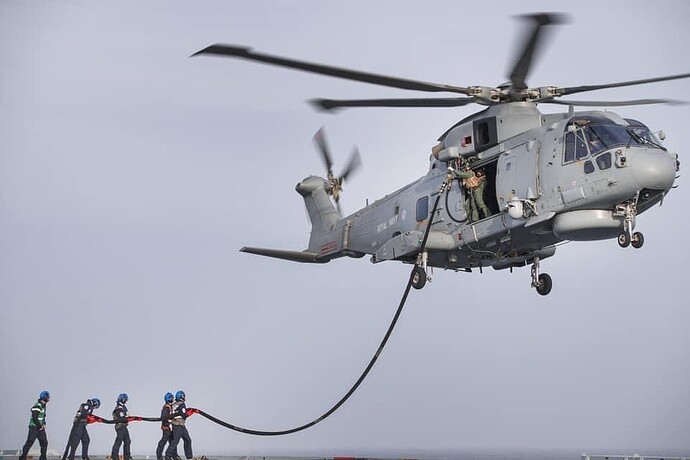 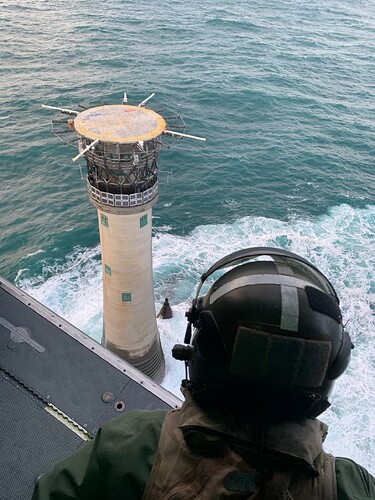 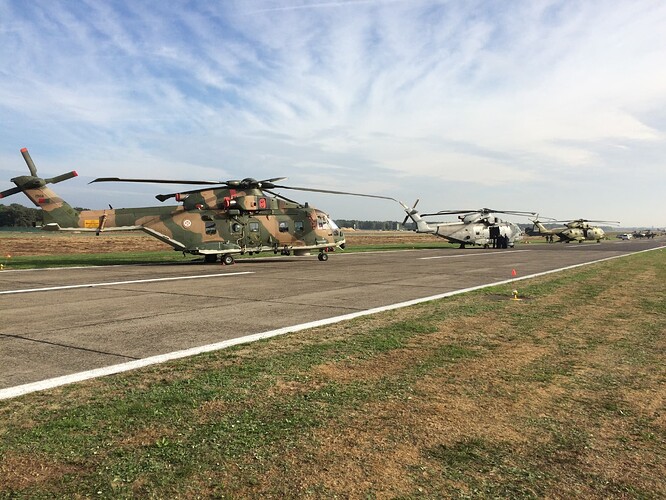 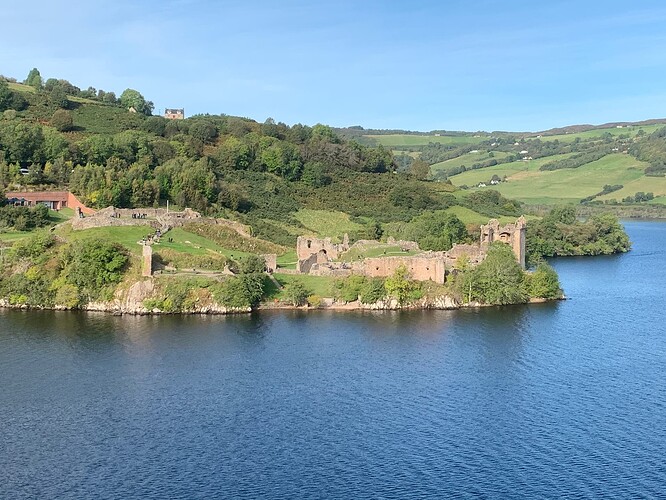 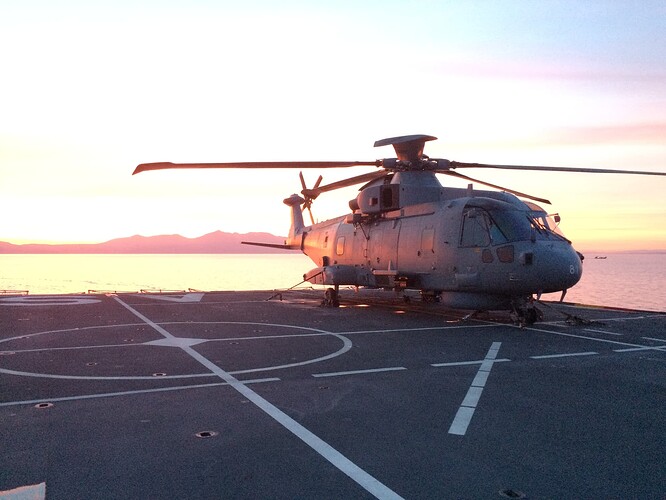 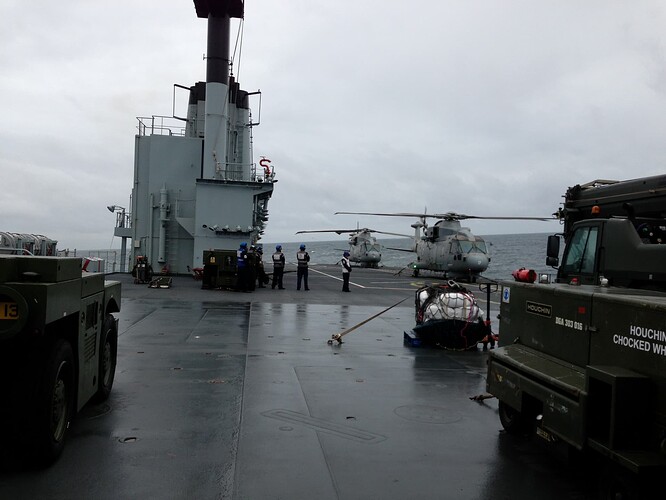 Sadly the winch and door gun videos are too big

Is the Merlin as good as it looks? I mean the NH-90 looks nice as well, and that is an absolute stinker of a helicopturd.

I’ve heard nothing but praise for the merlin.

@schurem . My stepson was never on the Sea King so Merlin is his only operational aircraft. He is a young thing, ok he already equals me in rank. It appears to be a good war fighting platform but I would not expect him to say anything else.

NB in Royal Navy parlance he is a WAFU. Wet and f’ing useless. A term used to describe all navy aircrew

Ive never heard that, but i love this

wish someone makes one for DCS

Honestly thinking about it, you could probably script that into DCS pretty easily since it doesn’t really require all that much ‘visual feedback’ to the helo crew in terms of blowing up a sub on screen.

Wouldn’t it mostly be listening to pings, squeals and whoops, maybe a falling water display if it’s a newer ASW system, and hovering various places as directed by your ASW specialist while dropping presents into the water?

I could see a neat scripted campaign for that, if the appropriate airframe ever came to DCS.

@Scoop, pat on the back for the shots alone. But they bring up some random questions:

Which Black Angel? (Wish him well from one who appreciates the group.)
Whose car?
What boat?
Isle of Wight? (That’s the only helipad lighthouse I know.)
Did your friend actually get to ride along?
That’s a big beast to land on such a tiny ridge and narly slope. Salute! (especially if it was your WAFU of a stepson doing the flying.

Poorly angel = Aardvark @smokinhole
Photos are a random selection from my stepson. He might know the answers

Oh please don’t bother him with it. I see a helicopter and I get all emotional about it! Isle of Wight has become my go-to playground in MSFS, the lighthouse in particular. Just curious. Godspeed to Aardvark!

Looks like it could be the Bishop Rock lighthouse…

Is the Merlin as good as it looks? I mean the NH-90 looks nice as well, and that is an absolute stinker of a helicopturd

I just met Alex today. He asures me the Merlin is supurb while the NH90 is a meant to be good, but is actualy a pice of s**t. Servicability, functionality were his main comments.

Looks like it could be the Bishop Rock lighthouse

Yeah they goofed hard on materials and the stuff they added to make it multimission capable. It rusts and is weak in the wrong spots, strong in unneccesary spots and some of the plastic parts delaminate. It’s a … helicopturd! 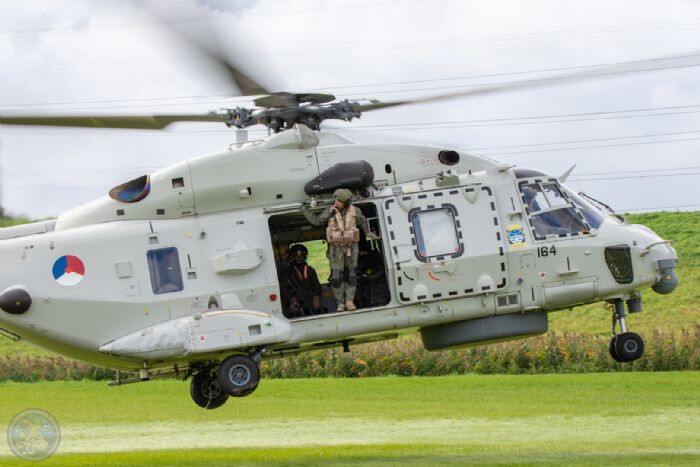 Our navy has them for their standard helo but they are very rarely seen, unlike the Lynx that preceded it, which was quite common even some 100km inland.

The ADF would concur with the piece of s**t, helicopturd description: 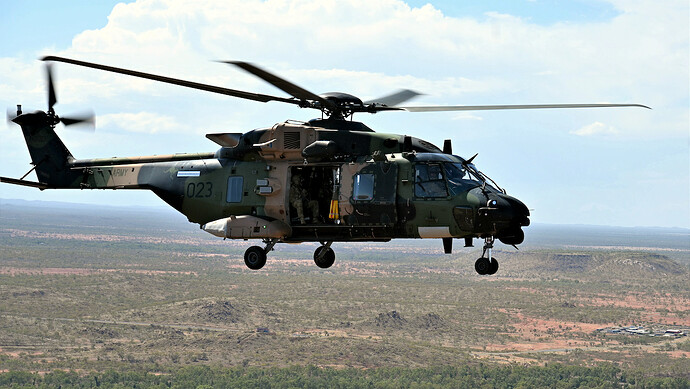 The Australian Defence Force will scrap its entire fleet of troubled MRH-90 Taipan helicopters 16 years ahead of schedule, in favour of a new fleet of US Blackhawks and Seahawks.

Norway parked their 90’s a while ago too. Getting Seahawks, they say…