What game capture software do you prefer?

but if all else fails turn on desktop capture

I think that was it. I had it turned on before the update and it turned it off after. I believe I had to have it on to record DCS previously.

Thanks for reminding me!

Hi Again,
I posted above about Shadowplay and now, since upgrading to Win 10 I cannot find Shadowplay or its control panel any where on my PC. I went to try to download at GeForce Experience but could not find a place to do so. If anyone could offer some some help I would be thankful. I have a GTX980 installed by the way and was using Shadowplay with it before.
Regards

They renamed it to “Share” and changed the interface quite a bit. Enabling capture of the desktop like you have to for some games is now done through the privacy settings. Other than that, it works much as it did before. Setting it up again was easy once I found the correct button to push inside Geforce Experience to take me to the settings.

Here is a guide that helped me out with it: 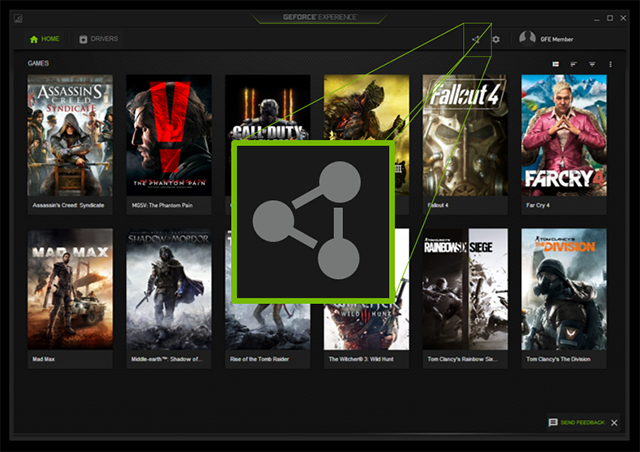 ShadowPlay is now part of GeForce Experience 3.0 Share - learn more about its features and functionality in this handy guide.

Thanks for the help sir from one of your YouTube channel subscribers. Now off to figure all of this out.

Oh, btw can we now use Shadowplay without registering an account?
I am asking so I can spare me the installation of that software if it isn’t necessary.

I resume this old thread.
I would like to start recording some game session, mainly training and some how to.

I’ve had some problems with gefore experience interface…

Is everybody still using it or moved to something else like OBS?

I use Nvidia Shadow Play. Works well. I have been considering trying out OBS for a while but I never record enough to make it practical. I think that Jabbers and others use it.

Ok tonight i was able to run shadowplay properly!

Made the request to youtube to allow me to stream!
Will take up to 24 hours to enable me!

Ps can you suggest me a good opensource video editing program?

Shotcut gets a lot of good reviews.

I don’t see IL-2 1946 listed as a supported game. Any idea if ShadowPlay will work with it?

Thanks, Looking to replace Fraps since I always take about a 50% frame rate hit when I run it. Have you noticed a significant frame rate differences when you run ShadowPlay?

Thanks. Did you notice any significant frame rate loss?

No, but running it and recording it on a SSD.

It’s surprising how little hit that ShadowPlay has on video capture as compared with FRAPS.

One thing that I discovered recently is that even if you set it to capture at game resolution, it wouldn’t do this on my system. With a native resolution of 3440x1440 set in games, it was still recording at 1920x1080. I was able to configure it manually to something like 2560x1440. So perhaps ShadowPlay cannot record 21:9. Anyone else get 21:9 resolutions capture out of ShadowPlay? Still images are fine.

My settings will allow for up to a 4k resolution recording in Shadowplay, but I don’t have a monitor to test it with.

Thanks for all the info everyone.

Seems like it’s time for me to give ShadowPlay a go.