What game capture software do you prefer?

I’ve been a fan of and used FRAPS since its inception, with hardly a glitch that I can recall. But the current version is getting long in the tooth (2013) and it’s causing havoc with my F1 GTN750 in Prepar3D. It took me a very long time to determine this, but it’s demonstrable. Whenever FRAPS is enabled, the click spots on the F1GTN are hosed and you can’t advance past the second initialization screen.

So I’m looking for an alternative, and highly respect the opinions of the MUDSPIKE membership.

I’ve been using Open Broadcaster Software (OBS) w/ AMD and it’s light years beyond FRAPS, both in terms of performance and recording options.

If you’ve got an NVIDIA card, I’m a big fan of Shadowplay.

Lets you push to start/stop record and has a feature where it’ll save the last five minutes of footage if you weren’t already recording.

You can also use it in conjunction with OBS to stream if you do any of that.

ShadowPlay here. Though I would take a look at Open Broadcast software, as @Brennus mentions

I use shadowplay now, OBS is easy to use, but at least last time i used it, the recordings went to some format that I couldn’t use in an editor, rather just record in the format i want to begin with than have to convert it.

If you’ve got an NVIDIA card, I’m a big fan of Shadowplay.

Same here. I used FRAPS up until I started having some compatibility programs with some flight sims. With FRAPS and some sims, I get black screens instead of screens from the game. Probably has something to do with not being the “in focus” window or something.

I use FRAPS for screenshots now and Shadowplay for video. The smaller size and ability to record the PAST 5 minutes is gold, jerry. Gold.

Shadowplay here, no loss of FPS and has some neat features!

AMD Play has the same features, with auto recording of gameplay that you can then look back. Haven’t noticed a performance impact but the utility wasn’t quite that easy to use. I’ve heard NVIDIA has been doing some dodgy stuff with the shadowplay software though, buyer beware in that regard.

I’ve been mostly using OBS since you can tweak it in any way you want.

Everyones talking about software, what about hardware 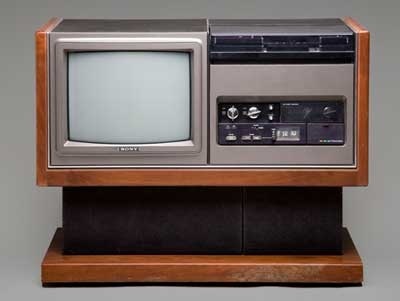 Ha! Sony Trinitron. The first really good color television. How we were so easily entertained.

Thanks for all of the great replies. I had uninstalled the GeForce Experience, or whatever it’s called, so that I would have to authenticate. But it is compelling to have a solution from the hardware manufacturer, and NVidia is probably doing nothing more than Steam. OBS does sound worth a look as well.

Has anyone tried out the video recording stuff that comes with Windows 10 now?

Been using FRAPS for years but just recently, having gotten a new Nvidia card been experimenting with Shadowplay.

I tried it out on Win10, but ended up turning it off because it seemed to hog resources more than the AMD/NVidia ones out there. It is worth a play with though, if you have Windows 10:

Shadowplay has worked fine for me

I have been gaining interest in video capture and have been trying Shadowplay. I have a lot to learn yet. So help me a little bit please. What is OBS. I always that was Omni Bearing Selector. Still new at the flight sim stuff. Great forum here by the way.

and welcome to the forums!

Still new at the flight sim stuff. Great forum here by the way.

Welcome aboard. Hope you enjoy your stay…

I had a strange occurance today with Shadowplay. First time using it in DCS since I updated to the new Geforce Experience.

Had the messages popup to say it’s recording and saved but don’t appear to have any videos saved. Anybody else having issues with DCS (alpha)?

Did several shots of takeoff and taxing, shot a HI-ILS in the Mirage just to find out they didn’t save.

Check folders, sometimes they get mislabeled. I’ve had shadowplay already create folders and put files in games I didn’t even own. But awhile back I did encounter one that just straight up vanished as well, haven’t tried in dcs in awhile, but if all else fails turn on desktop capture