Whirring and VR'ing around Manhattan...

The developers of AeroflyFS2 just released the first helicopter for their sim. The Robinson R22 piston engine light helicopter, widely used for initial flight training.
I took it for a spin around New York and Manhattan.

All shots are taken when using the beta Vulkan renderer.
Since I took the shots in VR, they look a bit zoomed out. 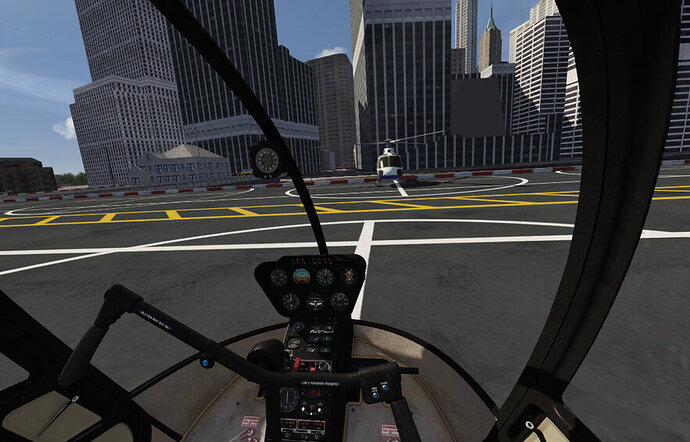 Lost a few pounds there, Troll? 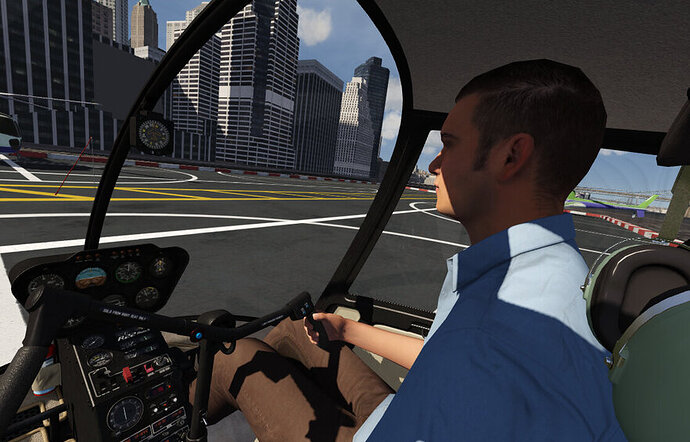 Looking out over Manhattan.
The external views sometimes causes the sim to lock up. A Vulkan bug? 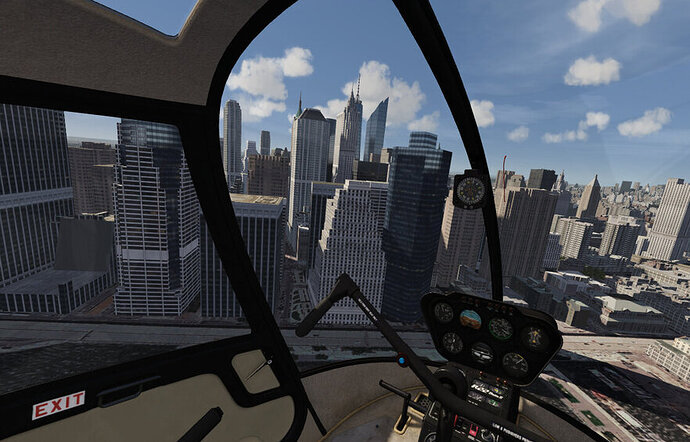 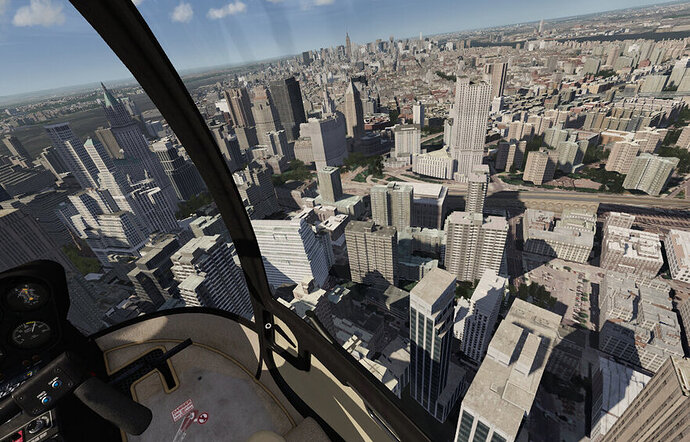 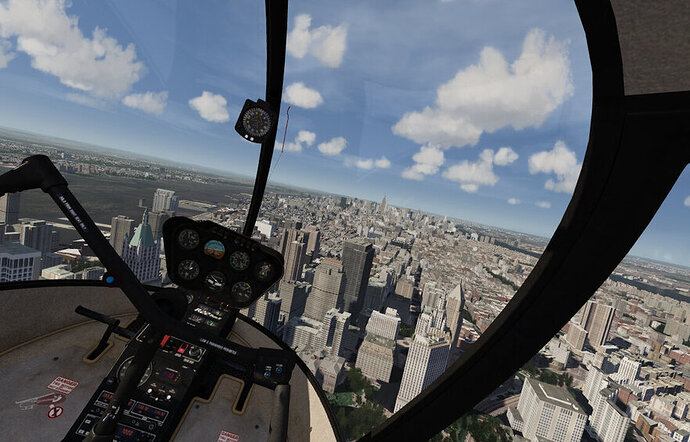 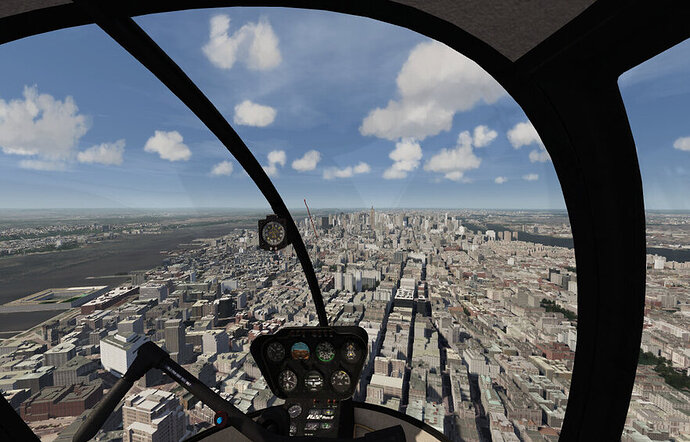 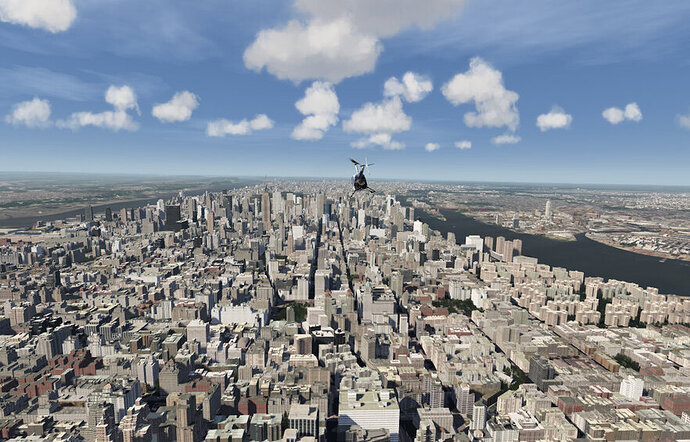 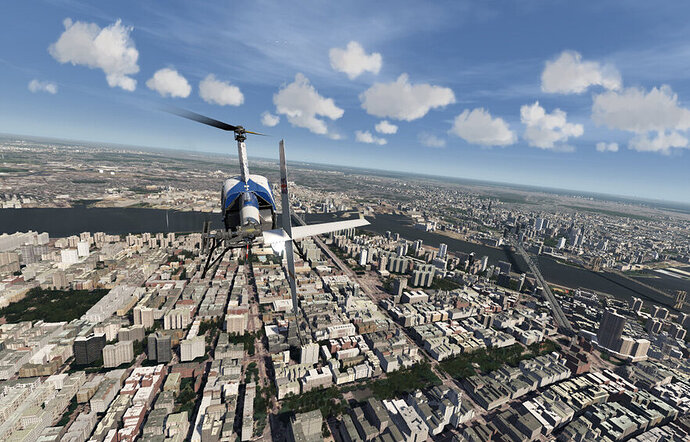 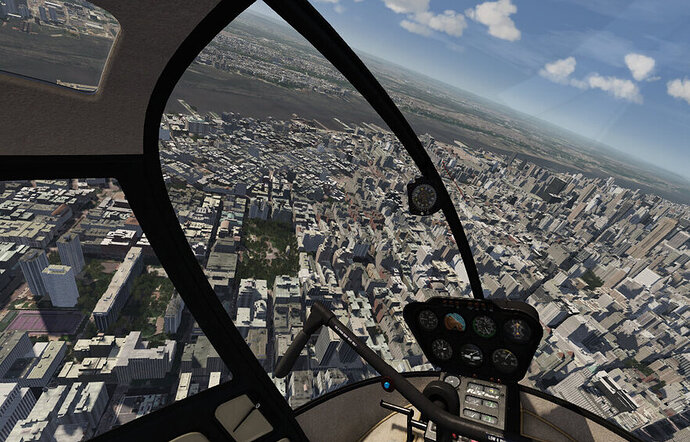 Getting up close and personal with a glass facade. Beautiful live reflections. There even seems to be some depth, behind the glass. 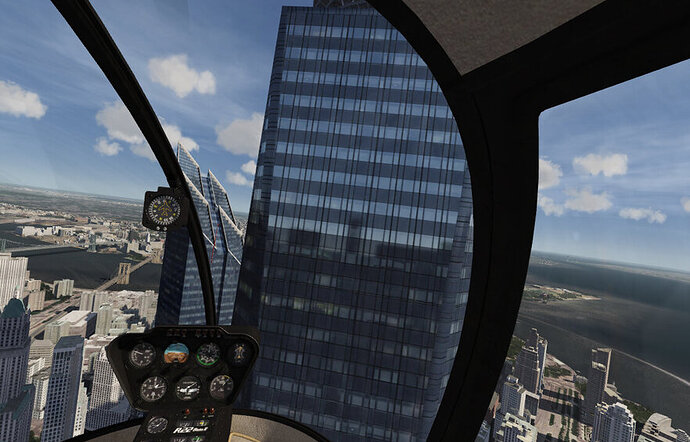 Spotted a beautiful babe, on the horizon… 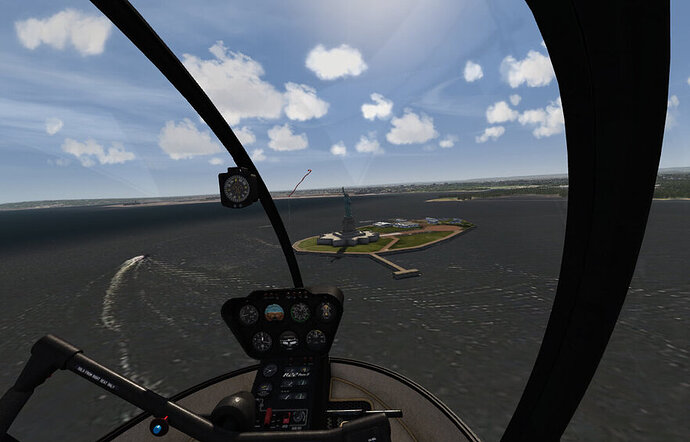 Had to take a closer look. So close I could read her pad. Early Apple iPad? 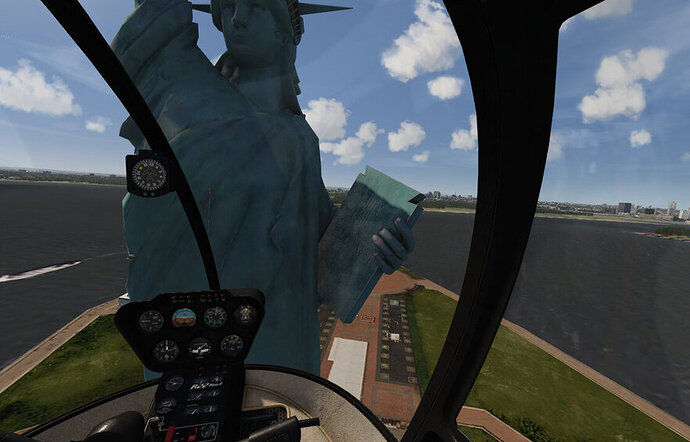 I’ve waited so long for this. That’s Home!

I’m glad they put a helicopter in but the flight model isn’t nearly as good as they say it is. It seems like there is some heavy stability augmentation going on and it autorotates wierd. Most of my time is in another piston powered helicopter and I don’t think I even have 2 hours in R-22 but it’s a very responsive helicopter and light on the controls irl.

seems like there is some heavy stability augmentation going on

Did you try the ’Profi’ flightmodel?

Probably not, I wasn’t aware there was an option.

When you select the R22 there’s a tick box in the lower left corner that says ‘Profi’.