From one of my fav YT people, Mr. Redkite I kinda like this, even though I’m a VR person. Think I’d prefer a generic one but I can adjust. Not sure I understood the connectivity bits (haven’t had time to re-watch it or research it): what I want is to plug it all into 1 USB port but I’m not sure that’s possible; chain them all together then one, final, connection sort of thing.

PS: Looks like the VR version of the complete kit is much cheaper - you don’t need the actual display hardware (MFD output) being the obvious reason to me.

PSS: The little ‘nubbie’s’ between the MFD buttons can be used also so there’s functionality for the AH-64 there.

I am totally gobsmacked at what we can get for flightsims these days compared to when ‘I were a lad’.

Not complaining. I think it is awesome that that as sims have increased in complexity, hardware manufacturers have stepped up… imagine flying DCS/Xplane/MSFS with one of these 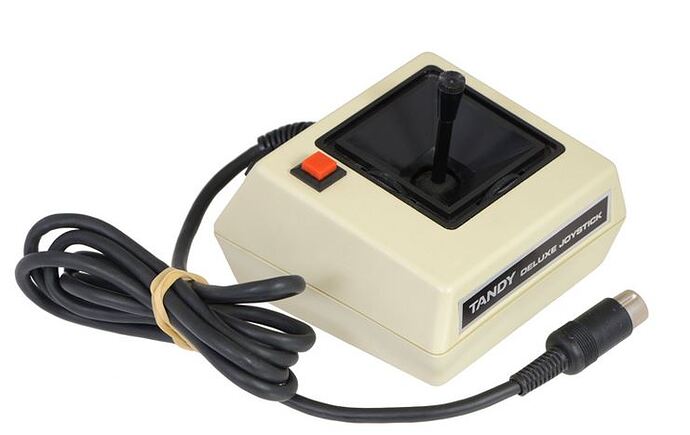 imagine flying DCS/Xplane/MSFS with one of these

This is a dumb question, and I know I could research and find the answer, but are these (specifically the MFD/AMPCD) 1:1 life sized?

At least it is PC compatable. Works fine with the best flight sim ever, why would I downgrade to a Xbox… 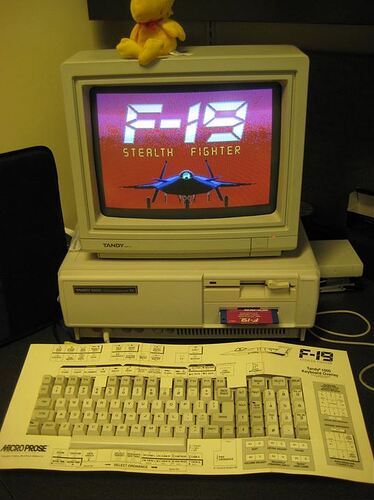 I miss those paper keyboard bezels. The last game I got that came with one was the original Operation Flashpoint in 2001.

Having never sat in an actual F-18, to my uncalibrated eye they look a bit smaller than I imagined they ‘should’ be? Maybe 3/4 scale? 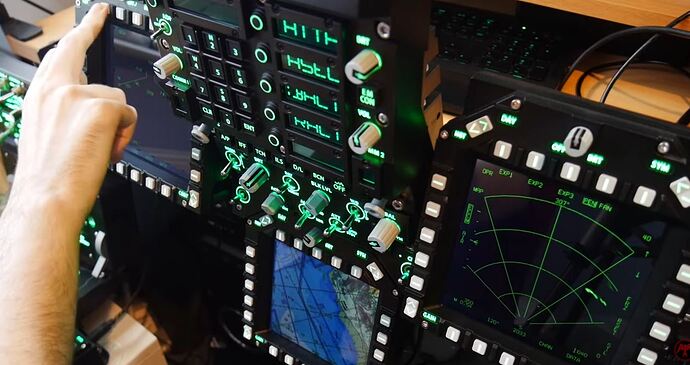 Edit: Did a bit of searching and as far as I can find, the width of a Hornet MFD (total: bezel edge to edge, not screen) is about 14cm. Looking at the video and working on a finger width of a bit over 1cm (i.e. 1cm x 1cm button), they are pretty damn close?

It’s so hard to say, because with cockpit scaling, even in VR we don’t know for sure what’s 1:1. IRL, the fighters I have sat in are always much more cramped than you would expect, but I’ve never sat in a Hornet either.

So this got me thinking big time about AR and what you would need to project DCS behind that setup. But then you would probably need the rest of the cockpit to really make it worthwhile. There’s no way that I’m giving up the VR experience for that panel, but if the hardware vendor wants to hang on to like-minded customers, it makes sense that they at least tinker with the idea of hybrid VR/physical sim pit setups. (and make it relatively simple to deploy)

Me too. It is all about the market, but I don’t think it is that far off? Next will be full haptic suits and it fills the gap between VR as it is now and full sensory immersion (e.g. Red Dwarf - Better Than Life or The Peripheral… but I could do without the eye gouging).

I am sure that the only reason we have all this amazing hardware available now is due to the changing demographic of ‘gamers’. Where once it was teenagers working part time jobs or begging their parents, nowadays it is us ‘old farts’ with enough disposable income to make it worthwhile for companies such as Winwing.

Heck, even 10 years ago if you wanted a high end joystick and throttle (or heaven forbid a HOTAS) there was really only one player in the market - Thrustmaster.

The mind boggles at what will be ‘state of the art’ in 10 years from now?

probably need the rest of the cockpit to really make it worthwhile.

Maybe not? It shouldn’t be too hard (as long as your ‘sim pit’ had close to RL distances between controls/displays) to ‘tell’ the software what is real, use the headset to map the 3D space and let it fill in the blanks?

Then there’s a whole ‘nother can of worms, in indexing your HMD to the ‘real’ sim and VR sim simultaneously. While holding your head straight forward and hitting recenter works well enough with VR and a HOTAS, once you introduce a 1:1 physical cockpit, that’s not good enough considering 6DOF. You have to be able to look at a switch in VR, reach for it and find it exactly in the right spot in real life. Small discrepancies in location in any direction (height, for example) result in fumbling around and loss of immersion. When it’s right, you can look through the headset with the face seal removed, peek through it with one eye, and watch the VR button labels be ‘painted onto’ the physical buttons. It’s really incredible.

I’ve concluded that the only way to do that is to have a repeatable index point for re-centering, manually aligning the HMD to the simpit so that things match up perfectly, returning to the index point and saving that position as your new default position. In my case it’s a 3D-printed headset cradle mounted to the right canopy rail of my simpit.

There’s no way that I’m giving up the VR experience for that panel, but if the hardware vendor wants to hang on to like-minded customers, it makes sense that they at least tinker with the idea of hybrid VR/physical sim pit

I’m hip. My comment about a ‘generic’ setup is cus, well, that’s what I have now more or less. I’d likely break a finger[nail] if I had a different layout for each aircraft. The AR thing looks really cool - just having my hands appear in VR might do the trick but I think that tech still has issues.

I have to take a second to orient myself in VR but once I’ve done that I can find everything in my ‘braille pit’ fine. The buttons on the MFD’s are the hardest part (in the above WW thing the MFDs are larger) so I did the Velcro tape mod (one chunk on the center button on each side).

While not inexpensive, the kit is actually significantly less than I was expecting. I was thinking in the couple thousand range and certainly not sub $1k (not including shipping).

I installed that on my mom’s PC way back then, for when I was home on leave. The beeping and farting noises it made, even though I tried to turn it all down, still woke her up during my late night sortie’s. That sim was the one (along with Falcon 1/2/3/4 and Tornado) that got me hooked. And look at me now?