Since we haven’t really had a dedicated thread to this one. A few pics of my stunning successes in the game the last few days.

Carriers are supposed to be fun, right…? 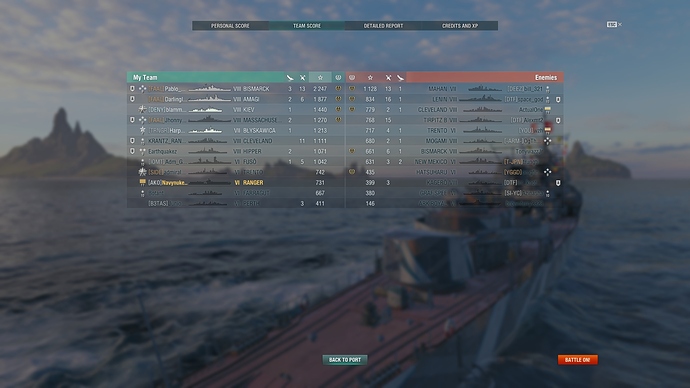 Notice the total time in game: 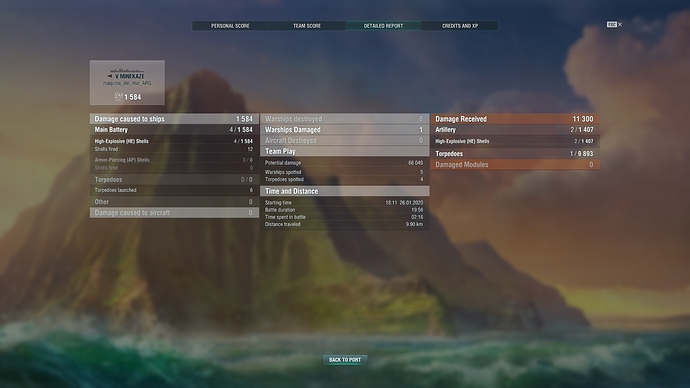 …and this one is making me feel less bad about dying before the two minute mark:

IMHO: I stopped playing world of tanks after they added too many paper tanks.
Same thing happened to world of ships. They added “engineering” project ships that never existed…so it lost all interest of mine. Too bad. I’ve spend way too much time with either game.

IMHO: I stopped playing world of tanks after they added too many paper tanks.
Same thing happened to world of ships.

I also have the same with War Thunder. The old historical battles were great. Now that they added so many vehicles and countries it doesn’t feel representative for any era or battle.

Yeah, after the last couple of hours, I’ve come to the conclusion that this game is now the opposite of fun.

ESPECIALLY trying to learn the new Carrier meta. I’m annoyed that I apparently missed the refund period for the Saipan, as playing that in Random Battles was one of the more toxic online gaming experiences I’ve had in a while, and trying to learn it in Co-op mode is basically impossible, because you can’t get enough attacks off before all the bots are killed by the rest of your team.

Not a big fan of the series on PC, it makes a nice iPad game for killing time

I don’t play it much but I enjoy War Thunders mode more. It’s also the only flight sim I use a mouse to fly. I find it more enjoyable as a casual experience and I’m OK with that.

Having a life that only allows gaming infrequently atm. I got this on steam yesterday and got sucked in. No food for the wife and no housework done either. I was in the black books but for a quick blast on my sit shifts it looks like it may be a good thing to have in my library. It makes you play more with the play 2 games for next unlock. Or i am just a sucker

Despite their best efforts, the devs of this game haven’t managed to drive me off it. It’s such a relaxed ‘let’s bash these intricate ship models together for an hour’ game.