Ah…you have to love PC gaming. Donned my Reverb G2 this morning and fired up X-Plane intending to take a little run around the patch for some testing. Put on the headset, fired up X-Plane, switched to VR within X-Plane…and all I saw was the Steam VR “X-Plane Loading” in the headset…while VR was showing on my 2D monitor.

Hmmm…well, that ain’t right. Sigh. Spend 30 minutes trying to fix it on my end - going through various boot-up steps (X-Plane, WMR, SteamVR…all possible combos between). No luck. A quick X-Plane.ORG search (should have done that first) reveals that at least as of December, SteamVR BETA is not compatible with X-Plane VR (not sure if that is just with the Reverb, or all X-Plane VR).

So - uncheck the SteamVR Beta box in Steam…and success. Launched into X-Plane VR.

Then - my virtual controllers are not really working. The laser pointer is ON, but none of the buttons are working. Spend another 30 minutes dorking around with controller settings within X-Plane - trying default, trying to map stuff…still no joy.

BACK to the .ORG. This is another known problem with G1/G2 users…that the WMR controllers are not being recognized by X-Plane (this has happened before). This video saves the day - it is great…but unnecessarily long…so you can skip through it to the pertinent points. Mostly it is:

X-Plane will then launch you into VR without you having to tell it to be in VR, and when you arrive in VR, your controllers should be working (in that you can click on items using the laser pointer). 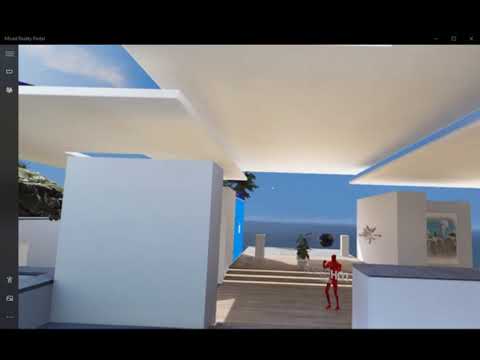 Hopefully this saves some people some troubleshooting steps…

Did you eventually get to flying?

Did you eventually get to flying

I did…! And it was wonderful as always. VR is always amazing to me despite the technical hurdles. And it was mostly my fault for not keeping up with the latest interactions between X-Plane, WMR, and SteamVR. One could point and say “it should be easier than this”…but it is also nice to see that bugs are being introduced because all three parties are working on making their platforms better.

In the interim…I haven’t been keeping up with DCS VR, NVidia, and the shaders mod…so now to go relearn all of THAT again…

Let me know what you find out… Evidently some other guy has taken over the shader mod now.

Do you have to love PC gaming?

but I don’t know if I’m ready to love again.

At first time, sorry for my bad English.

I hve this device (Reverb G2) from 4 days ago. I am tryin to run X-Plane as your video, but when I put the laser over a desktop icon, not iluminated, not select, and then I can’t do any action over the x-plane icon.

May you help me?

Thanks and best regards.

I don’t have the Reverb. But the first thing you must do in X-Plane is click the little settings icon on the top right and click VR. Then enable VR (top left). Good luck! And Welcome!

I’ve had to struggle to get that dropdown menu to open while in the VR desktop mode…there is a certain length of time to hold down the button before it turns into a dropdown menu…and it is kinda hard to get it exactly right.

It is being very difficult and tedious to be able to make the X-Plane work with the HP Reverb G2.

Thanks a lot for your help to smokinhole and BeachAV8R.