X-Plane on a Mac

I think this is where I should post this question. If not…um…well anyway…

I just loaded Mojave OS on my MacBook Air. Ehhh…nothing special. Went over to the “Dark side” for about a day.

Regardless, any thoughts on X-Plane for Mac (I also have an iMac) and Mac OS compatibility? I am considering going to Mac X-plane…my iMac has a nicer screen.

Tried the demo’s? Doubt anyone here is using a Macintosh as main machine for flightsimming.

I know a good friend that tried that but it turned into a disaster, the modern day iMac machines have insufficient cooling to handle the internal components running at capacity so it throttles itself down and crashes a lot. Regret was had as you can imagine, he bought the machine for simming purposes.

iMac machines have insufficient cooling to handle the internal components running at capacity so it throttles itself down and crashes a lot.

Well…we can’t have that.

I bought my iMac for my esci Flightsim Publications work…audio, video, and some PaintShop stuff. I’ve played Total War Rome on it and it seemed to handle the graphics OK, but then again, they are fairly simple and battles don’t last as long as flights.

Thanks for the heads up. I’ll stick with PC X-Plane…after Xmas.

Until just two years ago ALL of my siming was done on a Mac. For most things I used a Windows Bootcamp partition. But I kept X-Plane on the Mac. There is no difference between the two. X-plane performs perfectly on a midrange Mac. The big hitches are the lack of TrackIR and maybe some issues with your HOTAS. Although in that last case I found that X-Plane managed all the axes and buttons well.

EDIT: in my iMac/Bootcamp days I was constantly reminded by Windows players of my laptop GPU and inadequate cooling with the tight case. The iMac never gave me reason to complain. It was a 2008 model (which I still use as my primary PC.) It ran DCS at medium settings smoothly at 2400x1600 (or whatever native res is). The only thing I did was set it so that fans remained on and Windows was prevented from downgrading to power save or laptop mode.

I’ve got an iMac for Final Cut Pro and some music related apps, but my PC gaming rig is substantially faster due to the hardware being less expensive. Also, does Thrustmaster gear run on a Mac?

I think this is where I should post this question. If not…um…well anyway…

On the long therm…

You could add some external gpu through thunderbolt wich is a super nice idea, but enclosures aren’t cheap!

Also mac and ios will probably support only metal api so no openCL directX or Vulkan.

Also seeing the results of last Ipad cpu I wouldn’t be surprised if they drop intel in favour of their chips for their pc too! (Last ipad 1000€ fanless is more powerful than many workstation laptops on the market! 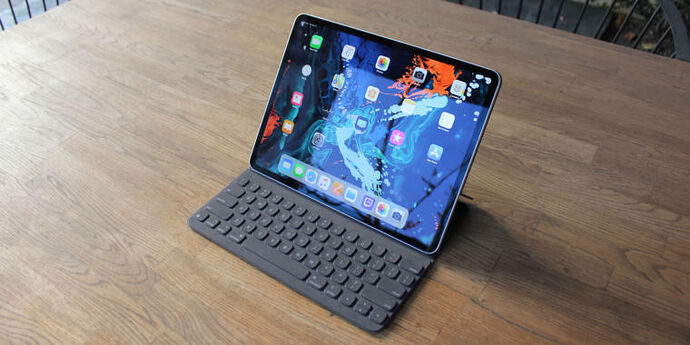 The iPad Pro raises the bar for performance, but has too many other limitations.

So apple ecosystem is nice, but imho not hardcore flight simming anytime soon!

Wow, thanks for the link.
I do a lot with my Pad Pro (2017)…but not sure I’m ready to give up my MacBook Air (2012)…when iPad apps like pages can match their MacBok/iMac counter parts, maybe…it’s a “thinker”

same situation here!
using a lot ipad pro 2016 but not there yet to completely substitute a mac or a pc.

Bit of a tangent but I saw the Porsche Laptop on on Linus’ channel today, and the way the screen docks and undocks is really lovely. How long will it be before Apple also offers this design of a iPad/iMac combo?