As some of you may know, my sim PC is packed away for 1-2 months yet, but I’m keen to get a little bit warmed up for the Christmas trek, as it’s been a few months since I’ve had the opportunity to fly.

I had bought XP10 on Steam years ago, although I basically never flew it. I thought I’d turn the graphics right down and use it for some VOR navigation practice and stuff while camping at the in-laws.

Are there big differences to what the default XP11 offers and XP10 doesn’t? VOR beacons etc. are there, I assume?

Does anyone have recommendations for a nice freeware / cheap early airliner for XP10?

Hello,
Big differences between xp10 and xp11 are:
Menus, some refinements on flight model physics, and visuals. Anyway xp10 with some pimp is still a very nice and capable flight simulator.

About navaids, ofc you have vor/ndb/ils etc all there, and you can still update them with navigraph subscription also.

Recommended addons for it:

I might get an Xbox controller to see if that can be connected for rudimentary control…my HOTAS is all packed away.

sounds as a plan

always wanted to try XP10, so many helos were released for it

post some pictures … once they are up and running again here

Alright, got an Xbox controller. Tried XP10 a bit, went around the pattern with a C172 and a Baron. It’s okay - landed fine, if a bit bouncy. The finesse isn’t there but at least you can have pitch, roll, rudder and trim at your fingertips without touching the keyboard. I used the other thumb stick for turning my head around the cockpit. It’s no TrackIR but it works.

Still, it is not stuttery, so if I can set up some decent 2D views, I can get some radio navigation practice done to brush up my IFR a bit while waiting for the main rig to be available again.

I tried out the Il-96-400, heh. Unfortunately it seems that any cockpit more complex than a C172 takes the frames down to 10…the lack of a dedicated gfx card really hits…but the sim rate itself is a steady 20 fps and doesn’t stutter, so weirdly, it is kind of okay inside the cockpit. I think I’ll be able to run some IFR practice. 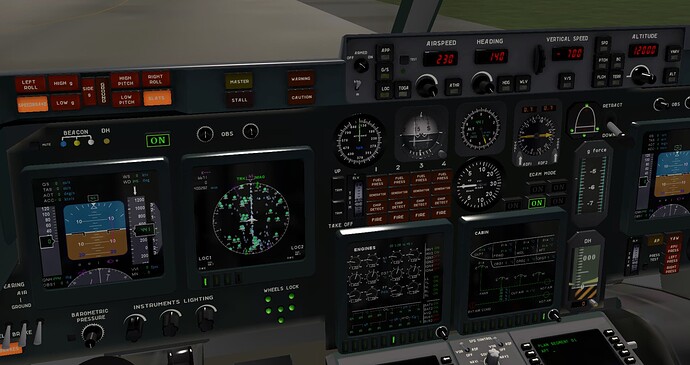 My first landing was a bit on the poor side. 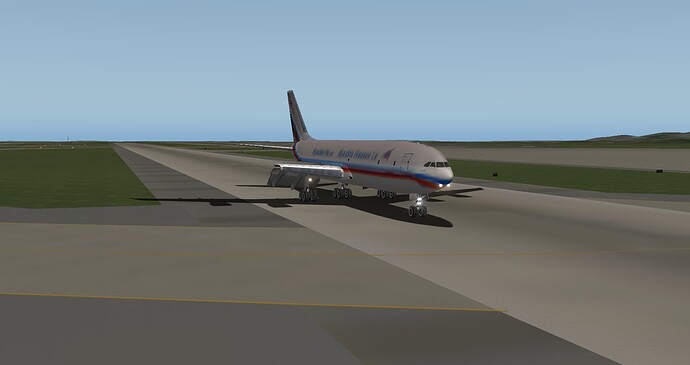 My first landing was a bit on the poor side.

Some lipstick and a bandaid and she will be good to go.