As Yak-52 is not really suitable for any combat simulation and is a very special DCS product, I can show the backstage of the tuning and verification process regarding flight test results.
And this will be a debut unveiling the measured and simulated flight parameters - numerical and coincided at one graph.
The first post will be about its roll rate.
The test was a pure aileron roll starting from a climb to perform 4 full rolls. The rolls started with maximal fast full stick deflection, proceeds with full ailerons and ends with maximal fast stick release (not perfect in both tests though - the real test input was a bit delayed and the DCS test seemes to be overcompensated).
The atmosphere conditions in DCS were set identical to real during the test.
This test allows to check initial roll acceleration (MOIx vs aileron power), steady roll rate (aileron power vs damping) and roll damping (MOIx vs damping). Additionally we obtained roll rate vs speed, and these two parameters (the first divided by the second) can give a ratio that is proportional to so called spiral coefficient (TAS must be used and the wingspan to get it). It is not s necessary to use this spiral coefficient in our case though.

For those who never saw experimental recordings from the real world - the sinusoidal high frequency noise over the curve is a vibrational part. It was not filtered to better preserve phase and time of the original record.

We can clearly see that the model initial angular acceleration is in good accordance with the test results, see
Fig. 4. The deceleration at Fig 2 is in a good accordance to regarding to slightly different control input.
As the initial pitch of both tests were not identical, the speed during the tests is different too, so to compare the roll rate we need to divide roll rate to IAS (Fig. 2).
It is interesting that the real plane has very tiny spiral coefficent slope to high IAS (see the trendline). I can suggest that it could be due to aileron linkage elasticity or wing elasticity or both. As it is barely noticable even a the diagram, I do not think it should be reproduced in the model

And, finally, I’d like to claim that the results represent current stage of model tuning, WIP.

P.S. The uneven (sinusoidal) low frequency at the roll rate is a result of he fact that the X-axis of the sensor was not exactly aligned with the plane axis, so it must be disregarded as a parasite effect.

It amazes me all the detail and work that goes into making things go.

Cool stuff. Do we have an estimated timeline on this one being released (ie before or after the Hornet) ?

Final release would probably hit before Hornet, but not sure if Early Access Hornet will hit before early access Yak… so basically… 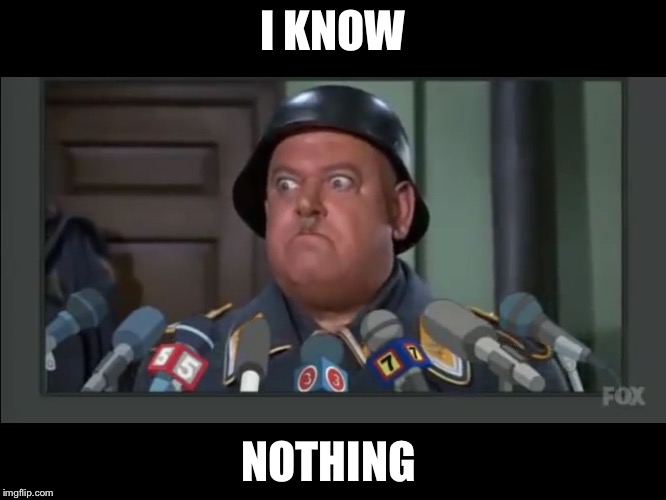 I was figuring two weeks or so ;).

In two weeks, we will be two weeks closer for sure…

As Yak-52 is not really suitable for any combat simulation

Get me a pair of PKMs, an AK of some kind for the guy in the back seat, a roll of ducttape, and I’ll fix that. I will make Steve Smith shed a tear.

Does anyone know if the developers have access to a Yak-52 for comparison? It’s such a universally available ride that getting occasional test hops would be easily managed. Some benchmarks are available without the need to strap on a chute. Others, like how well it corners and how much energy gets sloughed off in the process, may need to be experienced.

A few days ago I was hanging with my mechanic who was in turn waiting on a Yak-52 that wanted an estimate to repair some hail damage. From 30 yards she was a stunning beauty, painted in a classic Soviet demontration livery. Unfortunately on closer inspection she looked like hell. The guys partner kept it parked outside on an overnight stop and she got pummeled. The wind was so strong that the sides took as big a hit as the wings. Joe told the guy that he would be happy to recover the control surfaces but there was no way in hell he’d touch the skin. It would take a year at least. He suggested that they have the insurance company total it. Sad.

Does anyone know if the developers have access to a Yak-52 for comparison?

Aren’t those graphs from the real deal, compared to the simulated one…?

A few days ago I was hanging with my mechanic who was in turn waiting on a Yak-52 that wanted an estimate to repair some hail damage. From 30 yards she was a stunning beauty, painted in a classic Soviet demontration livery. Unfortunately on closer inspection she looked like hell.

We are going to need photos of this mechanic.

But seriously - that sucks. Hail is awful and aircraft skins are so susceptible to damage from even light hail. Hopefully his insurance was paid up. I recall once out in AZ almost the entire fleet of ERAU planes got damaged by hail…

ED has very good access to a Yak-52, and has made tests from the real thing, I believe with Yo-Yo as a test engineer at times.

Also a video will be coming at some point of one of these test I am told. So I look forward to seeing Yo-Yo thrown around a cockpit

ED has very good access to a Yak-52, and has made tests from the real thing, I believe with Yo-Yo as a test engineer at times.

I’d be surprised if they didn’t have access to one. You can’t swing a dead cat, stateside, without hitting one. Warbird owners and type enthusiasts aren’t just willing to talk about their aircraft, they WANT to. They’ll find any reason to wedge it into conversation. I’d be shocked if they had to pay for more than just the fuel to fly one.

I’ve had stick time in a Yak-52 and good god are they ridiculously fun.

A few days ago I was hanging with my mechanic who was in turn waiting on a Yak-52 that wanted an estimate to repair some hail damage. From 30 yards she was a stunning beauty, painted in a classic Soviet demontration livery. Unfortunately on closer inspection she looked like hell.

The red and white striped one? That’d be the old DOSAAF get up. The Ka-50 has it in game, too!

Yup, they actually have a staff member that is a Yak-52 pilot, so I am excited to see how this FM is, the access they are having and how they are building this PFM is very interesting.

Possibly, I need to emphasize: the DCS model now is being tuned using recorded parameters from a real plane, that’s why I called it a new stage in PFM development. Today it’s a time to present a new part of the work: airplane side movement.

A discussion about how the plane must behave during the free side movement (roll and sideslip together) begins flaming time to time on different forums. Some say - it must be solid as a rock in the stream, some tell about oscillations due to physical basics of this movement. And the second ones are right - the plane in yaw movement is similar to a mass suspended with a spring surrounded with oil to damp. The spring is a static aerodynamic moment tending to reduce yaw angle, mass is aircraft moment of inertia and oil is an additional aerodynamic moment on the airframe due to rotational speed.

The compliances that the oscillating plane seems to be unnatural can be explained using two main reasons:
the first is a phenomenon of human perception - the pilot’s brain can select main information disregarding minor detailes, and this small oscillations during, say, abrupt end of a roll are beyond perception. The second reason is often due to improper parameters of these oscillations - the period and damping.

Generally, these parameters are obtained in flight tests and then included to documents for FREE RUDDER.
In the sim we can not simulate free controls, so it is necessary to have the results for FIXED RUDDER. It is known that the period of oscillations does not change significantly, but the damping does. Generally, the difference is about 2 times.
Anyway, having an opportunity to check it for the real Yak-52 we performed the test and recorded several rudder impulses at 200 and 270 kph IAS. The pilot tried to keep rudder pedals in neutral position after the initial shore deflection (impulse).

Then, the same test was performed in DCS for the same speed, altitude (affects damping) and atmosphere conditions. The chart presents the intermediate stage of the model verification - the period is correct and damping is to be corrected by 15% for the sake of purists and accountists…

So, few comments to the graph. I kept wX from the real test though this record made in real world has some flaws. The first is aforementioned lack of X axis alignment and the second is very probable accidental stick movement during the oscillation. The theory tells us that the pure experiment like we have for DCS (no significant control forces, no accelerations, etc) gives pure 90 degrees phase shift between wX and wY. Anyway, the initial behaviour shows good similarity for DCS and real wX.

The next important for the plane handling parameter is a ratio of wX/wY. The chart shows that there is a good matching between real test and the model. There is no possibility to exact comparing because of the reason mentioned above.

It’s very interesting to compare fixed rudder test results with the available graphs from the book. The periods are very close, damping, as expected, is less by 2 times for the free rudder, roll/yaw ratio is somewhere close.

Guys, be careful what you tel him, SiThSpAwN is not his real name