AAR Spring Tension - Mission 2 "It weighs heavy on me" 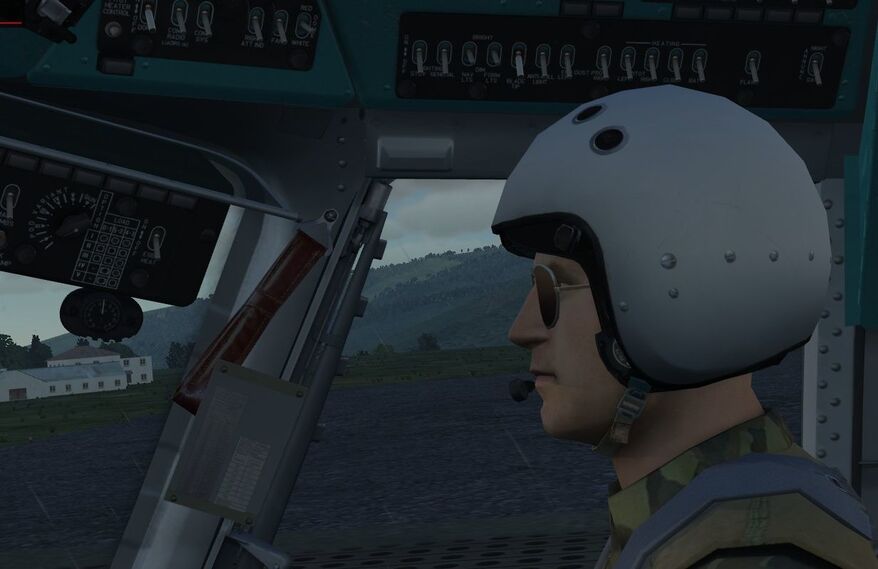 A glowing sense of death and destruction, doom if you will preludes the second mission. As soon as you open the briefing you will be greeted by reports about gun fire, followed by the prediction of Cool Eyes that “They’ll start to come out of the woods again”… Great. 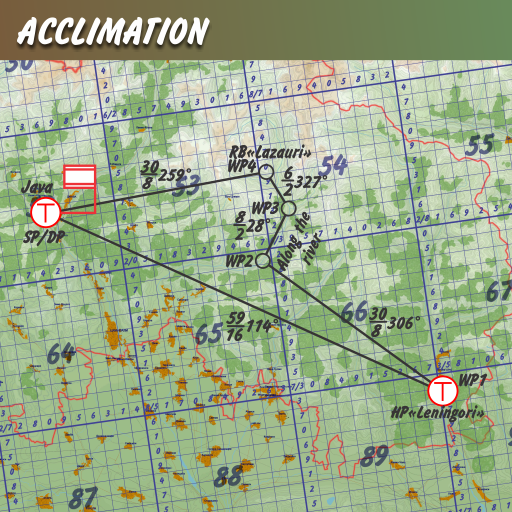 Back to the mission briefing I notice that we do not stay as close to the border as in the introduction flight. It appears we head straight to Leningori, the civil helicopter base according to the map. Then we head up into the mountains to what used to be an old fortress named Lazauri, and then back to base.

For this I will use the Doppler navigation system as explained by @EinsteinEP in this tutorial. Without doubt anyone that has read that tutorial will be familiar with this mission, alas! I’ve noticed that the Cool Glasses still seems a bit disillusioned about proper navigation. To the map we go!

After flicking the cursory few buttons and a whizz and a bang here and there I hear the Magnificent Eight come alive. The lights in the cockpit tell me that as well. 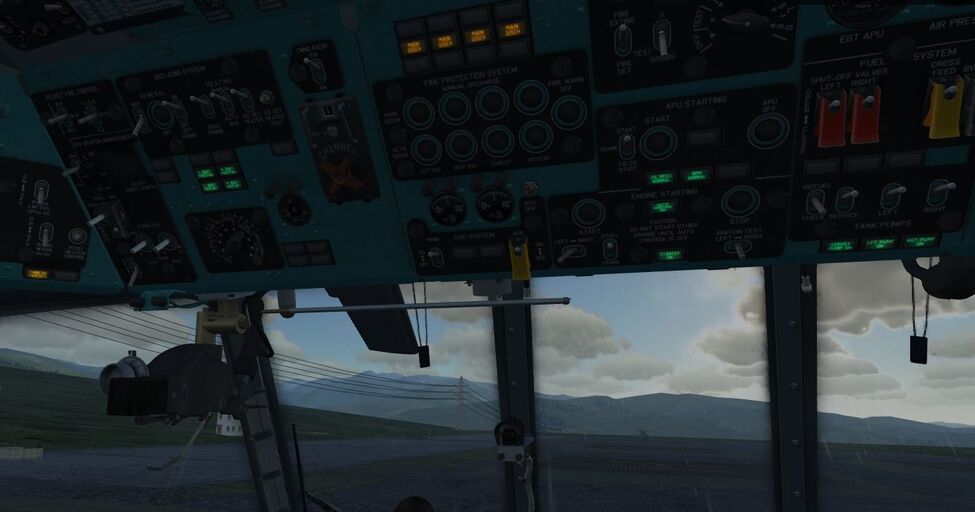 A few friends come to visit Java, let’s hope they have a good time!

I’ve opted not to fly with navigation lights on this time around, I noticed the last debrief report had gun-fire exchange between the Insurgents and Russians. No need to make myself a bigger target!

A click or 2 onward and I find myself sitting cozily on the FARP. We depart 15 minutes earlier then the previous day and the wind has picked up a bit, still just a slight breeze coming in from my six so nothing to be worried about. Turbulence is reported as 0.1m/s.

And soon enough the Magnificent Eight soars through the skies like she is meant to be, solidly nested on whatever course you put it on. It’s a dreary flight with all the rain but at least I’ve made myself a comfy cup of tea!

Soon enough I find myself flying almost exactly the same leg as in the first mission, Once more we see Georgia proper in the south and the town of Tskhinvali can be seen just over the hill to the right

A little climb and I am zooming over another peaceful looking valley, at this point I got reminded again about the tremendous amount of power being applied, soon enough the helicopter began to shake and I had to easy back on the collective a bit. So far even Cool Glasses hasn’t said a word… What’s up with him today? Did I offend his navigational sensibilities? Perhaps… That poker-face could hide anything!

One more ridge to cross, time to lite up like a Christmas tree, I’ve also taken the opportunity to turn on the anding/search light because it’s just too much fun!

A quick stop… Well no. They want me to take a few people up to Java to enjoy their leave, which is fine by me but heck, if this baby doesn’t become heavy!

So, the Doppler(Dopp-y) churns away to keep track of my next waypoint, from there on it’s just a turn before I start the approach. The chums on the mountain where kind enough to like a orange beacon for me, and huffed as I am I land next to it.

And then we have sick people that need to be evacuated. We did load of 200KG so we should be able to get out, on landing she had plenty of power. Fortunately I parked the nose upwards to a cliff, so the breaks go off and we roll towards infinity and beyond!

With a roar she passes the cliff’s edge, surprisingly enough breaking straight out of ground effect, whether I was bouncing on a upstream wind or if the winds around the cliff are just not modelled I do not know. A banking level turn later and I am on course to base, once I reach recommended climb speed I start making for the top of the mountain.

And from here on it’s a home strech, I soon spot the forests and valleys that are marked on the map and thus home is not far! See if you can spot my location on the flightplan map posted above!

And damned if I know, someone keeps opening that door. Must be hot in the back or something…

A gentle turn west of the FARP and we are soon down on the ground. I almost landed on a pre-occupied spot because of the angle that I used for my approach, that is something I should keep in mind, approaching at most 150ft higher then the FARP when on final.

A fun mission, and if the RPG-like choices are a sign for what is to come then I am most definitely looking forward to what Belsimtek has done! Dopp-y functioned perfectly and the charts allowed me to do a few legs VFR, which is nice because I haven’t figured out a sufficient way to change the doppler system mid flight, perhaps Active-Pause?

I hope the screenshots came out OK this flight, I decided to try and screenshot mid-flight or use the pause function. Not quite sure what I prefer yet, I feel a bit rushed during a mission. If you have any constructive feedback or general questions/comments leave them here by all means, I’d love to hear what I can improve!

Great report…! And fair credit to @EinsteinEP for the excellent Doppler Nav article - I wish I could write something that good!

And a great point about the RPG type interactions. I’ve said it for years now - our sims need less focus on graphics and more on enjoyable gameplay.

Really enjoying readingf these and they make me want to fire up the Huey and Mi-8 once again.

Woops! Fixed that mistake, my most sincere apologies to both of you!

A little Bioware in our simworld certainly wouldn’t hurt! Perhaps it would entice some of the people that are interested in serious sims but are scared off by all the button pushing to jump in!

On the other hand, producing such a sim might be a risky endeavour with a certain cost associated.

I can certainly recommend flying either one, I’ve joined the 1st Air Cav and it’s a pleasure flying with like-minded rotorheads ;).