Let’s just call it the 777-MAX…I think that has a special marketing ring to it…!

So, I reinstalled FS2, and took a flight around Southern California out of KSAN in the Reverb. Frankly, was not impressed with what I saw out of the window, especially around bodies of water, which have some sort of low res overly. But screenshots in this thread look much better. What am I doing wrong?

I might be wrong, as it’s been a while, but I think A2 used aerial images for water rather than a water mask. Under even quite high altitudes it looks kinda wrong, as you can see static waves, image/tile edges and flat boats.

Take a R22 around New York, as that’s where this one shines.

I pretty much stick to the high detail airports like Palm Springs, Eagle CO, Monterey, South Florida, and Switzerland. Downtown NY is pretty good…JFK area isn’t the greatest…it gets bad fast the further you get from the high detail areas. Chicago Meigs field is a nice airfield, but the surrounding scenery is terrible…so really not worth it…

I think you guys may have missed all the freeware additions that fleshed out many of the sceneries you discussed. Its weird, because I have mentioned and even linked these addons in several places, but i don’t think anyone tries them.

Thanks - we appreciate your links and information. I’ve tried some of the airplanes and scenery “cultivations”…they are indeed making the sim more enjoyable. I haven’t had time to try them all out of course…

So Santas Reindeer “Dasher” is now “Minuser”?
No christmas presents for you! 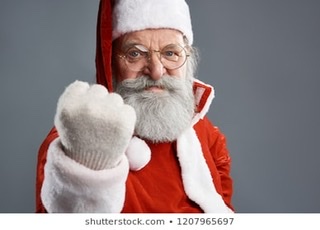 AFS2 is on sale on steam. For a short while I was playing with the idea of buying it but didnt in the end.
It has some nice sceneries and planes but I have no VR so couldnt see the real benefits of it.