Welcome to my Baseball thread.
It follows the same general idea as my NFL thread, only that I know WAY less about the sport.
In fact I hardly know anything about the sport at all.

So that means: If you are a Baseball fan please excuse that I am so uninformed, it will probably hurt sometimes.
Please don’t be offended, I am not trying to hurt feelings or to insult anyone’s culture or something, just to learn about that sport, talk to people about it, and have fun doing so.
It will get weird though. I am sure about that.

So, let’s start with the basics:
I will read about the league(s?), teams, players, the rules, and the history of the sport in the next few weeks, and most likely post some questions as well.

Feel free to post any useful resources (like where to get news. Will the ESPN app do?) and tell me a bit about your favourite/hated teams and players, and what makes them great/lame and/or your favourites/enemies.

I will most likely pick a small number (three maybe) of teams to follow, please make suggestions, including reasons as to why.

Looking forward to this!

So let’s start with…

I will read about the league(s?)

MLB is broken into the American League and the National League.

The biggest difference between the two is the previously discussed DH rule. The American League has it

, the National League does not

So there is your first “weirdness”–a major sport with two leagues that play under slightly different rules.

Every season, the two leagues face off twice.

About the middle of the season there is the All Star game, where select players from both leagues (selection is partially based on fan voting) play National League vs American League. Unlike the NFL’s All Star game, this game is fairly serious. It only results in “Bragging Rights”, but it is a big deal.

At the end of the season, each league has a play off to determine the league champion. That team wins “the pennant”; literally a pennant (i.e. saying “2019 National League Champions”) that is flown over their home field starting the next season. Then these two teams play in the World Series, a best of seven games contest. The winner is MLB’s Champion for the year.

I’ll look into web broadcasts. The good news is that (I’m pretty sure) most of the games are played in the day.

A word of caution. Baseball is referred to as the American “Pastime”, not “Sport”. The action is not nearly as intense as American foot ball. It is a game of statistics and often subtle tactics based on those statistics.

@Hangar200 is right there about baseball being a game of subtlety and strategic thinking, and especially of statistics. That’s part of the appeal for a lot of fans, and definitely is woven into the incredibly rich lore and history surrounding the game. If you can find it, Ken Burns did a spectacular documentary series back in the mid-90’s about the game that’s well worth a watch.

(Not sure if this will work in Germany): Baseball | PBS

In addition, most of Kevin Costner’s unapologetically nostalgic love letters to the game are well worth watching as well:
-Field of Dreams
-Bull Durham
-For Love of the Game (I enjoyed it, though it didn’t get the same critical acclaim as some of his other films)
Also, some other great films about baseball:
-The Pride of the Yankees
-A League of Their Own
-42 (about Jackie Robinson)
-Major League

As Hangar pointed out, there are two separate leagues, and it’s normal to follow maybe a team or two from each league throughout the season very closely, but to keep an eye on highlights from all the games. For my money, I find for new baseball initiates, it might be easiest to start by following some of the better-known teams with richer histories, like the Boston Red Sox, the New York Yankees, the St. Louis Cardinals (I’m biased since I was born there), and (since I’m a long-suffering southerner and this is the only team we have) the Atlanta Braves. But I’d say look around, read up a bit about the histories of the teams, and decide who looks good to you.

Aside from the Major Leagues, there’s an incredibly rich history with the minor league team system, collegiate baseball, the Negro leagues that existed during the time of segregation and Jim Crow, the Women’s leagues from WWII, and especially as of late, the Little League system. So there’s plenty of opportunities to absorb and learn.

(since I’m a long-suffering southerner and this is the only team we have) the Atlanta Braves.

It may pain you more to know that your actually in Washington Nationals and Baltimore Orioles territory according to MLB.

I will most likely pick a small number (three maybe) of teams to follow, please make suggestions, including reasons as to why.

As someone who watches close to 200 games a year (162 for the Phillies + spring training + playoffs + minor league games) the best advice I can offer is this. If you are watching the tv broadcasts then make sure you choose a team that has a good broadcast crew. Makes sense right? They can make a terrible game, or terrible team at least enjoyable to watch on most nights.

So whose good and bad in that regard? Well that’s always subjective, but here’s a list (but it was also done by fan votes, which is silly, who is watching anyone other than their own announcers on a regular basis) 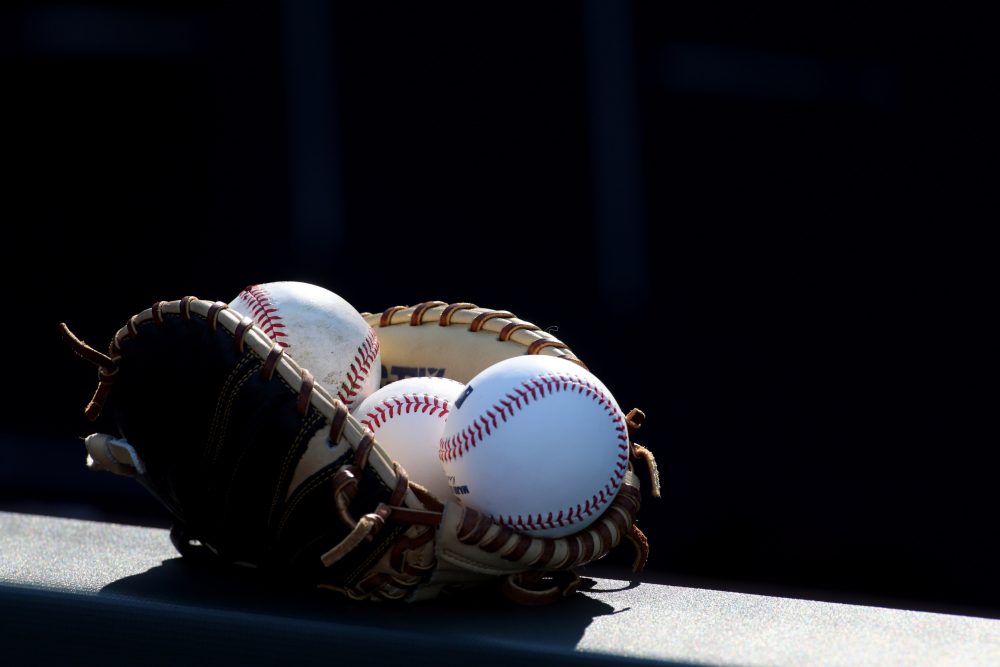 This year’s local MLB broadcaster rankings were incredible, for multiple reasons. -Each team received at least 1,000 grades, the first time that has ever happened. -Our readers submitted over 50,000 grades for the 31 broadcast teams in our polling....

It’s by no means a perfect list, but should give you an idea of at least who is terrible to listen to (I have far less disagreement with the bottom of the list than the top #20, look more at most common grade than overall ranking to get a better idea imo).

@Navynuke99 and @Mudcat have “covered all the bases”…a baseball term that is part of the American lexicon - means they have covered everything very well.

The only other baseball movie I highly recommend is “The Bad News Bears” (the original one; not any of the sequels) - actually a good overview of Little League baseball plus includes some of the basic rules, plays, and the “oddities” of baseball like the intentional walk.

I’ve learned about baseball during my stay in Toronto. I always read the sports news and was confused by all the statistics and learned step by step. But it was quite fascinating and over the weeks I understood more and more.

I also visited the game of the Blue Jays against the Yankees and was quite surprised by the slow pace of the game. It’s more like a picnic

Regarding movies, I quite enjoyed Money Ball.

Always had ten times more fun playing baseball rather than watching it. The 162 game season makes the individual games a little less riveting for me. Always watch the playoffs/World Series though.

Why’s out in left field.

Always had ten times more fun playing baseball rather than watching it.

I was a terrible ball player for the two seasons I gave it a shot as a kid, hence I was the hero the team deserved out in right field. Wasn’t nearly dynamic enough for 7 and 8 year old me, so I stuck to soccer after that. And I’d most definitely prefer to watch a game live than on TV. Except for the Padres.

So there are 2 leagues with slightly different rules?

How does this work when the 2 champions meet in the World Series?

Like Aginor, I have zero knowledge of Baseball so excuse my ignorance please.

“Who’s on first” is legendary, even to people who know nothing about Baseball.

Good news, I found out that I actually know one Baseball player:
Joe DiMaggio!

And babe ruth, bet you read that name as well.

Maybe. But right now it doesn’t sound familiar to be honest.

Just like with Ice Hockey, the only players I know are Draisaitl (a current one!) and Gretzky of course. Maybe a handful more. But Ice Hockey is at least a somewhat common sport here. Baseball isn’t.

How does this work when the 2 champions meet in the World Series?

Home team’s league rules apply. It’s just one league lets someone hit for the pitcher, the other doesn’t. Also, there are an odd number of team’s in each league so there is 1 interleague game on the schedule every day now.

I found out that I actually know one Baseball player:
Joe DiMaggio!

But is that because of his baseball career, his second wife, or Simon and Garfunkle?

The latter. When the nation turns its lonely eye to you.

.
.
This thread was meant get profoundly weird yeah?

Indeed!
It actually is Simon and Garfunkel. I listened to the song at some point in the… 90s I guess… and looked him up.