Some initial impressions. This is not a review, as I did not play full missions or look at every single weapon, unit or map locations.

Map
Very huge map. It was an interesting idea to scale the whole Laos, Cambodia, Vietnam location into one map. The positives: you can have a mission in any part of the theater. The negatives: each location is a miniature of itself. Hanoi, Haiphong, Hue and Saigon are appropriately city size, but small. Mekong Delta which is synonymous with Swift boat/water ops is pretty much impassible with large boats due to narrow and shallow channel.

Many areas of interest. I spent over 1.5 hours visiting locations in the editor and I haven’t flown by every location. Rice paddies, tall rock formations and hills are nice. Villages vary in size. There are a few bridges as target locations. There are some rock structures where the player can traverse.

Negatives of the map: It is definitely true that there some custom buildings and many of them are nice. Particularly the Hue Citadel where you can go inside. However, there are many, many, many buildings from Arma 3 Altis, Tanoa and Livonia. They are sometimes retextured and sometimes not. I mean, it’s okay, but it’s a bit of a let down to see a Livonian brick building in a Vietnamese city. Building modelling is very difficult, otherwise we would have a lot of more custom buildings in the A3 workshop, but it was a negative.

Vehicles
Vehicles are nicely modeled and have detailed interiors. In some vehicles you can change textures and configurations. I did not check every vehicle. The amount of actual vehicles is small. The number of configurations in the editor make it seem larger.

Uniforms
I only selected a few uniforms, particularly on the US side. The kit and texturing was very good. I’m really impressed how they look. I’ll need to check more of them out.

Weapons
I did not look at them extensively.
Positive: I liked the models for the m16, m14, SKS, PPSH, AK47, MP40, which I saw in-game. The texturing was detailed. The M16 actually has 4 optics (irons, 3x, 3-9 and Starlight). I’m impressed by that. I was fearing long distance engagements with only limited sight options.
Negative: In the rifles/pistols that I viewed, when you looked down the sights, the textures were a let down and less detailed. I don’t know if it’s my graphics options or less detailed textures in game.

However, if you like the Vietnam experience and play single player only, then the Zeus mode would be beneficial to you, until SP missions come out. I ran a couple Zeus engagements by myself that I made. It was pretty fun and lasted around 10-15 mins each. So you can keep yourself occupied in this theater if you learn how to make Zeus scenarios.

Recommendation
I don’t know know if I can recommend for or against it. For me, it’ll be worth it, as I intend to use it in a small team co-op environment, using custom made missions.

I invite you to visit their website for a full listing of weapons, vehicles and screenshots. 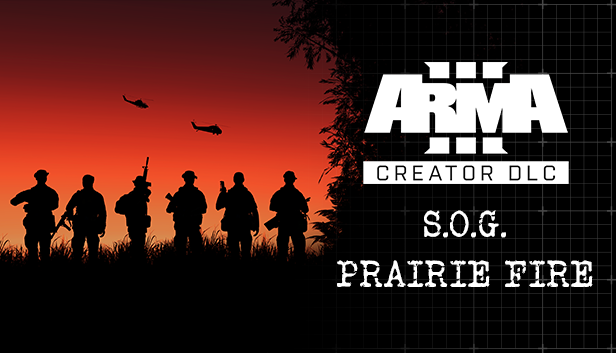 I’m 20 minutes into the first mission, playing by myself. I’ve made it quickly about one klick from the insertion point, laying low hiding in the bushes I can’t pause the game so I have to type fast.

The map is great so far, I’m running at 60+fps on my gaming laptop (all settings ultra), which would never happen on Tanoa with units in a mission. Very well done weapons and assets from what I’ve seen in the editor and arsenal so far.

The insertion into the jungle had me thinking: This is what Arma should have been all along!

I will definitely have to find some folks that want to do coop, this is screaming for great small unit action.

Will report back upon my death, or in the unlikely event of successful completion of my mission (very unlikely).

AAR:
I ran into two patrols. The first one I avoided contact, but the second one spotted me first. I broke contact, ducked down a ridge and planted a toe popper on the trail in order to stage a rushed ambush when they pursued. Unfortunately my legs hit the toe popper when I turned to crawl away, popping more than my toe.

This video is quite a nice play through of the first campaign mission, Eldest Son: What my dad did in Vietnam. Oh the stories and photos he has. Wish I had the skills to make missions would love a “River Rat” series. 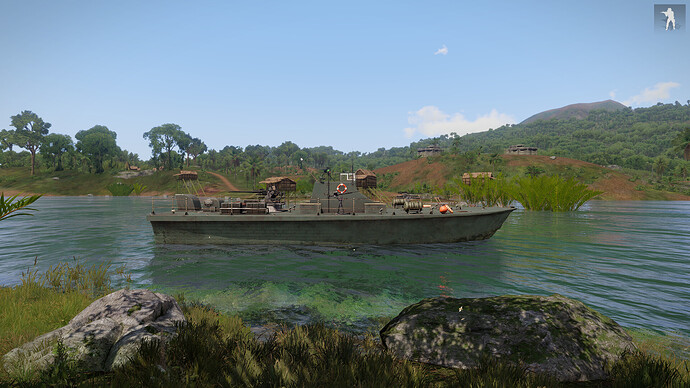 Had a multiplayer session this evening with some custom missions that I made.

First Mission: Attack a VC held village and clear the Regional HQ area and then destroy the supply trucks that are used to supply outlying VC forces.

Second Mission: A small Special Forces unit is inserted to capture 3 important bridges on the edge of Hai Phong in anticipation of a US offensive in the area.

Looks awesome, I hated to have missed it! Hopefully you’ll have a PF night again soon!

And …all of this is PvP?

Every soldier is a human?

(Lol, I don’t know about in the missions above, but in most of the stock missions like the campaign and Mike Force, the enemy is AI.)

This was co-op. VC/NVA were AI.

Downloading it now, I have 800 hours in Arma but its been so long since I played it. Will you guys thats got it be doing any MP we could join in with?

Will you guys thats got it be doing any MP we could join in with?

Count me in for some MP if we get anything going!

Same here! I would love to work through the whole campaign, there’s a couple missions I still haven’t played completely.

Me too providing I am free. Would really enjoy that.

Question for you Arma vets. What’s the best way to learn the interface? I feel pretty good about using basic infantry weapons, but I don’t have a clue about what’s the best loadout and how to access everything efficiently. The mouse wheel thingy works pretty well, but are there tutorials or a YT channel that would help an FNG come up to speed?

In the old days, the first thing any newb used to do is accidentally tap G instead of F, and frag his whole fireteam instead of changing firemode.

The controls are pretty simple, while not intuitive. The best thing to do is probably to just play around in the armory & editor until you’re comfortable. My binds are set up pretty close to stock, there are a couple different profiles you can use. Mine are:

Spacebar - Execute the default action on an item you’re aiming at. For instance, looking at a vehicle, you will get in. Looking at a wounded teammate, you will heal him.

Z-X-C for stances, and that’s about all you need. There are a few stance-related bindings that few people use (you can hold control and WASD will adjust your stance in different ways) and you can double-tap C to switch between combat pace and regular. Double-tapping CTRL will lower your weapon which uses less stamina to move.

As far as “best loadout”, there really isn’t one. The best loadout is one you can move and fight in, which means light enough that you have enough stamina to maneuver and keep up with your squad.

In Prairie Fire especially, stamina is really important. It’s tempting to fill up your backpack with grenades and 20+ mags, but then you’re really suffering in terms of running distances, especially on hilly terrain. I would advise a rifle that you’re comfortable with (I like the basic M16), 12-15 magazines, and 5 grenades, plus 3-4 first aid kits. If you need anything more, there will be plenty of it on the ground!

I have a 4th and 5th button on the mouse one I use for hitting the dirt and the other changes the sights from open to scope.
G for grenades. Iirc the 0 on the num pad swaps between 1st and 3rd person. Otherwise it’s wasd.
Practice makes perfect

Sounds advice! I’d stress that the AI is detecting your movement sounds quite well when running, much less so at walking pace. So instead of a ‘run through the jungle’, the walking pace is key against the AI.

For sure! Noise is huge in this DLC, as is Stamina. Save the shift key (running) to respond to contact, immediate action. It’s like staying out of burner unless you need it.

In the old days, the first thing any newb used to do is accidentally tap G instead of F