Some of you may know that I used to be really into astronomy and imaging through a telescope. After I moved to Texas I was far too busy with work to spend significant time with it.

Well, my schedule is significantly better now and I started to get the itch to start imaging again.

Last week there was a special running on refurbished Celestron Nightscape CCD cameras (50% off from retail pricing), so I picked one up.

Here is my first test shot (M42 in Orion). Not too bad for a first image with a new camera and without doing an accurate alignment or guiding… 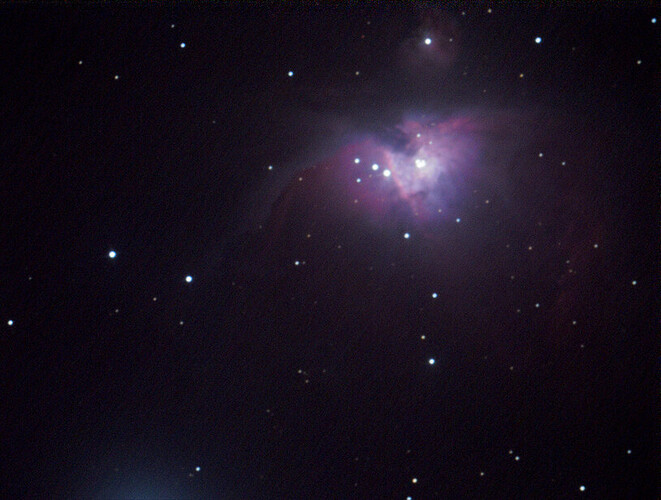 I’m looking forward to getting back up to speed with this hobby. I’ll no doubt be boring you all with more images soon 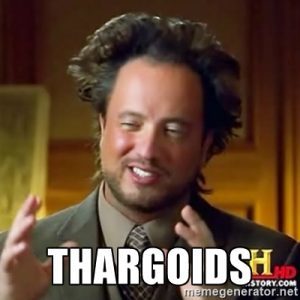 It was clear here last night, and I am not working today, so I spent the entire night imaging

. The Moon was pretty bright, which didn’t help, but I’m pretty happy with how these turned out, all things considered.

This is M13, a large, bright Globular Cluster found in the constellation Hercules. 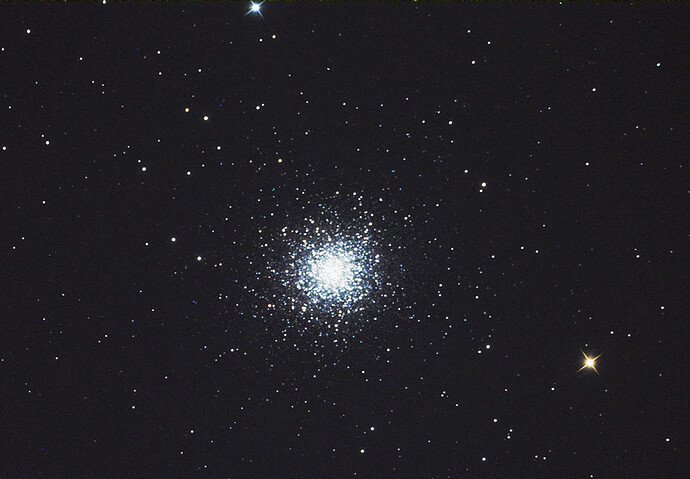 Next up is M57, known as the Ring Nebula. M57 is a planetary nebula. Planetary Nebulae have nothing to do with planets. What you are seeing is a star that is near the end of it’s life. 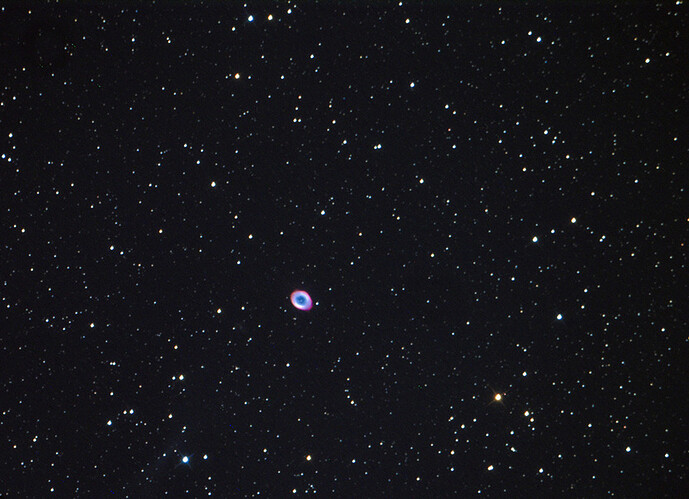 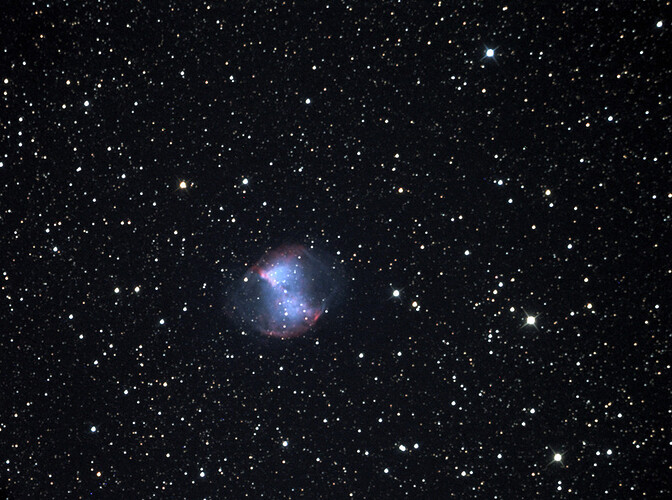 I now need to get some sleep!

Oh man those are awesome!

Can we post favourites? Cause I once managed to see Andromeda with 20x binocs, it was fantastic albeit just a bit of a smudge due to the light contamination.

The Andromeda Galaxy (M31) is a tough one in some respects because it takes up such a large chunk of the sky. Believe it or not, it has about the same angular size as the Full Moon. When you observe it through binoculars you are only seeing the inner, brighter areas around the galaxy core. It isn’t well placed for imaging right now, but I will have a crack at it later this year.

Yes, the smudge pretty much took up all of the sight, where the inner core was indeed the brightest. I’ve always had a great interest in the night sky but never the money to have some fun observing it, alas!

Surely you will do a Messier Run when the time is right?!?

You really don’t have to spend a fortune to get enjoyment from the night sky. A good set of binoculars mounted on a tripod and a star chart will let you see a lot of very cool targets. The Andromeda Galaxy for example, is a naked eye object if you have relatively dark skies. Even a regular pair of bino’s will reveal quite a lot of detail if you take the time to soak it all in. You can see Jupiter’s 4 Gallelean Moons with regular binos, and lots of detail on our Moon.

If you can afford a little more than a basic Bino setup, then a Dobsonian Reflector is the most cost effective way to go. You can’t go wrong with this one for $400… 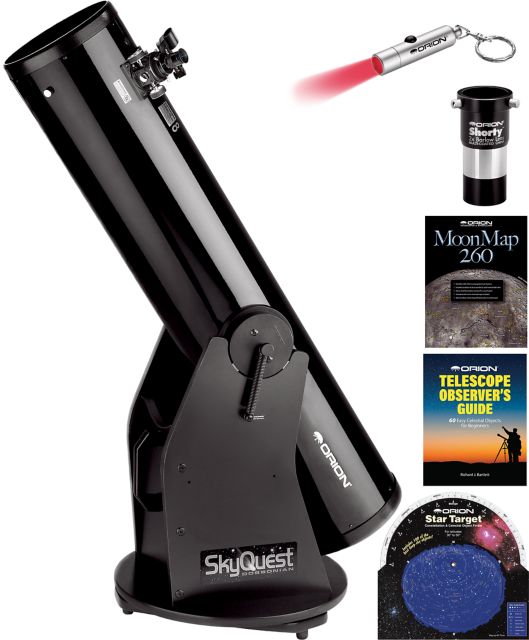 If you want to do Astro-imaging it can get pricey real quick, but if you have modest expectations, you can take some nice shots with a minimum outlay. People are getting some pretty nice Lunar and planetary shots just by holding their phone camera to the eyepiece.

I forgot to add a photo of my gear all set up for last night’s session. 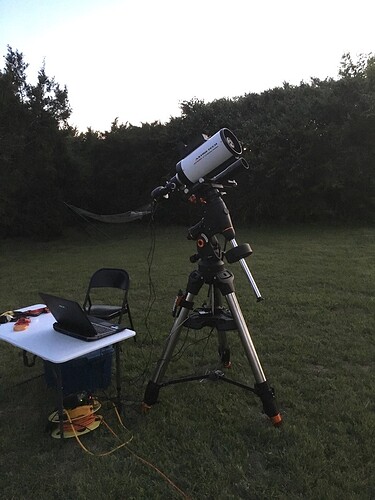 The main imaging telescope is a small 6 inch Ritchey-Cretien (RC) which is specifically designed for imaging.

Nice! What a lovely setup!

Yeah i’ve been having my mind set on a dobsonian reflector type for a few years, the binocs are nice but I think one of the prisma’s is out of alignment so it never really functioned very well. I suppose that’s what you get for buying online.

Really, one of the best things is pointing out all the stars and planets to people. Especially when you say “Oh that’s Jupiter over there”, and everyone is like no waaaay… Then checking it with the fancy apps

Here is one from a couple of nights ago that I just finished processing. M16, The Eagle Nebula.

. Here is the other image I took this past weekend. This is NGC4631, popularly referred to as the Whale Galaxy, and galaxy NGC4656, known as The Hockey Stick. They are found in the constellation Canes Venatici. 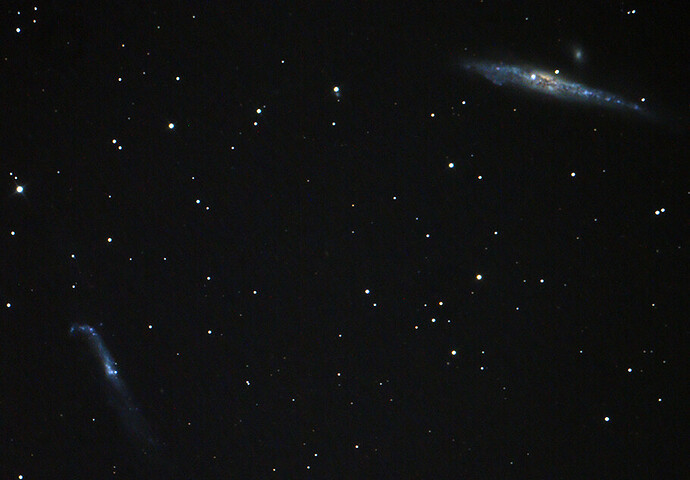 I’m not sure if I have the processing on this one quite right so I might have to keep on adjusting it.

That’s not a hockey stick…it’s Nessie…!

Another sleepless night = another couple of images…

M17, the Swan Nebula, found in the constellation of Sagittarius. 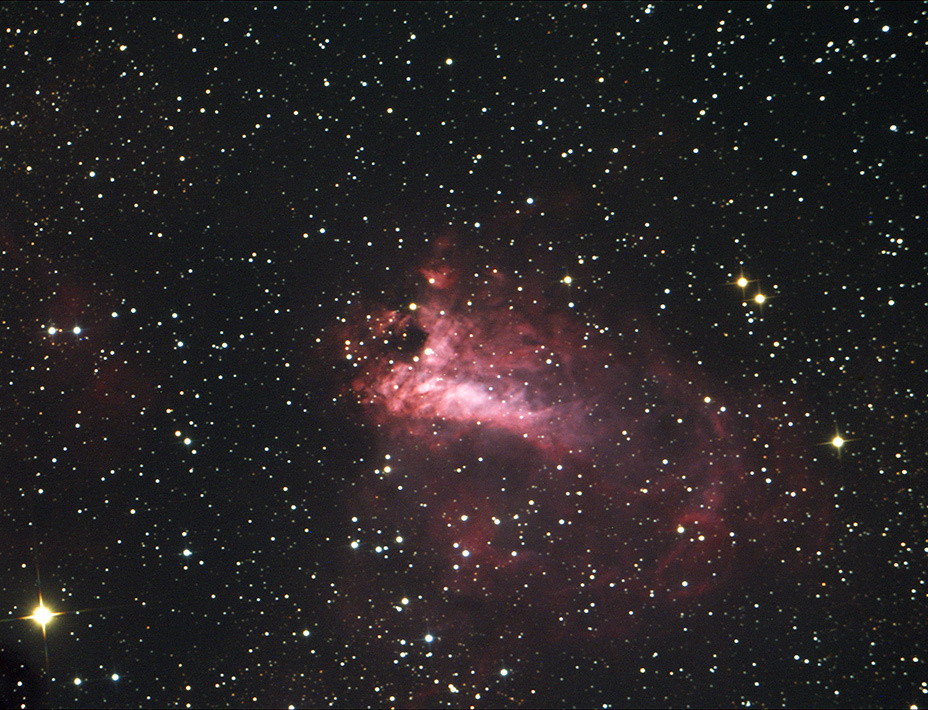 The Omega Nebula, also known as the Swan Nebula, Checkmark Nebula, and the Horseshoe Nebula (catalogued as Messier 17 or M17 or NGC 6618) is an H II region in the constellation Sagittarius. It was discovered by Philippe Loys de Chéseaux in 1745. Charles Messier catalogued it in 1764. It is by some of the richest starfields of the Milky Way, figuring in the northern two-thirds of Sagittarius. The Omega Nebula is between 5,000 and 6,000 light-years from Earth and it spans some 15 light-years in di...

And M64, known as the Black Eye Galaxy (for obvious reasons). 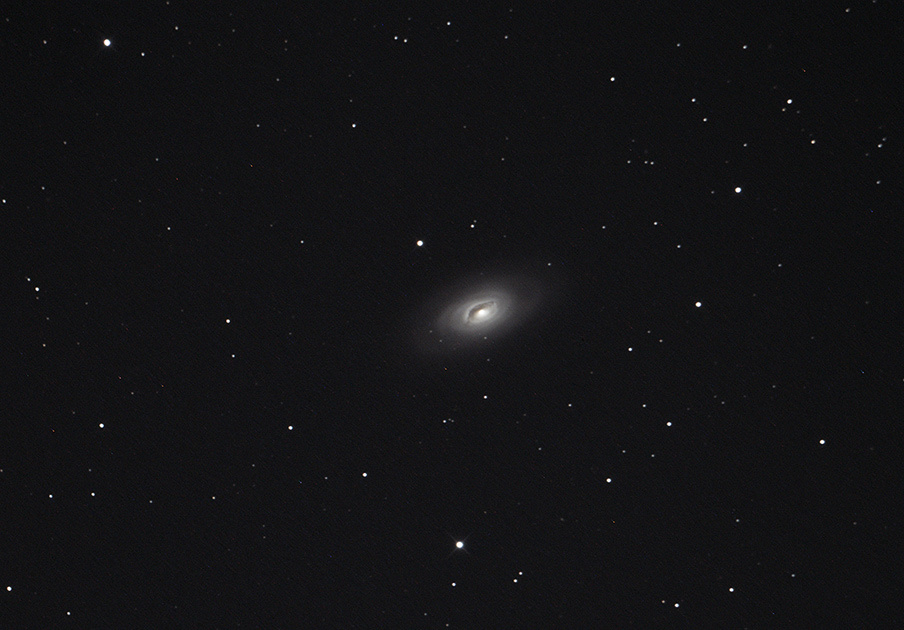 The Black Eye Galaxy (also called Evil Eye Galaxy and designated Messier 64, M64, or NGC 4826) is a relatively isolated spiral galaxy 17 million light-years away in the mildly northern constellation of Coma Berenices. It was discovered by Edward Pigott in March 1779, and independently by Johann Elert Bode in April of the same year, as well as by Charles Messier the next year. A dark band of absorbing dust partially in front of its bright nucleus gave rise to its nicknames of the "Black Eye" or Th...