As some of you may know, my virtual fleet is currently grounded because of an unfortunate workplace incident. My CoolerMaster AIO decided to die and bleed its innards all over the top of my 1080Ti, who was incredibly unimpressed with the act and immediately resigned from active duty. I was therefore robbed of the one piece of kit I was going to move from my aging rig into the new one, which is a pity.

Anyhow, while it is a miserable time to build a new computer, it doesn’t look like it’s going to get any cheaper any time soon, so I’m just going to bite the bullet and do it anyway - I don’t want to wait for a year or two for the world’s chip / semiconductor / ship shortage / pandemic to sort itself out - from what the trade managers at work are saying, the situation is, and I quote verbatim, “completely forked”.

I think I have a fairly good idea of what I will build, as I’ve been watching @Troll 's build thread carefully, but you guys know so much more about PCs than I do that it would be silly not to involve the village and stop me from doing anything super stupid.

The goal is to build a high-end gaming rig built for simming, in a compact mid-tower case. Air cooling only. Don’t care a toss about RGB. Other notes looks-wise - I personally don’t care, but the less flash it looks, the less flak I’ll take from the board, so low key is good. If it can be quiet, that’s great, but as I said, I’m not touching AIOs after my recent experience, so it has to be air cooled.

My current office nook is fitted into a built-in wardrobe, which is about 520mm deep, so in order for me to fit the PC well into a corner, there’s a limit to the size of the case. You can get 90-degree angled power and ethernet plugs, which I can use to reduce the space requirement at the back, however obviously it would be good to have a bit of space for the hot air to go at the back.

The best case I’ve found so far that fits the bill is the Fractal Design Meshify 2 Compact. 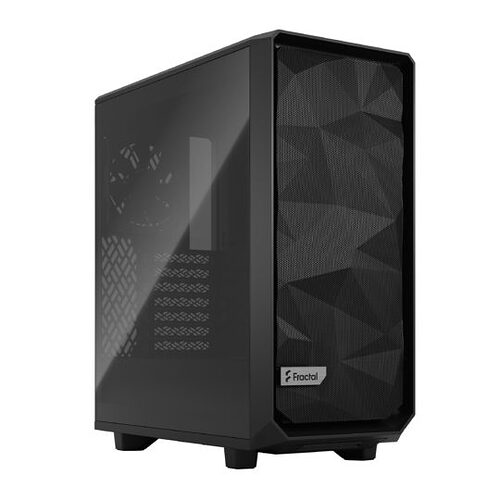 In terms of parts, here’s what I’m thinking / have bought so far: 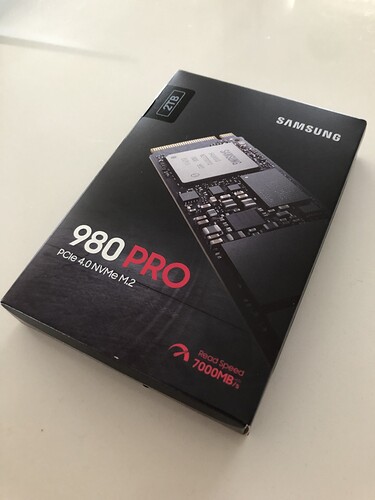 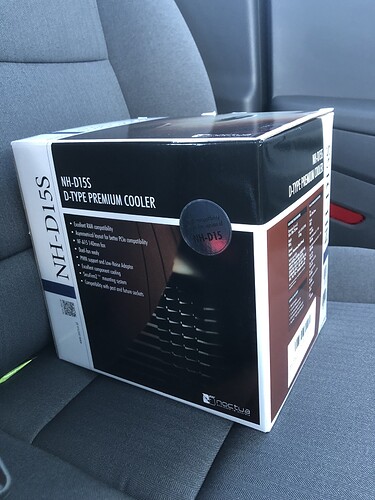 The Noctua box has a much more refined mouthfeel than the Samsung, despite the lower price point.

Psst! Don’t look, but it contains…liquid.

Although heatpipe solutions doesn’t have a lot of liquid and they don’t have pumps, they do sometimes leak. Noctua is of exceptional quality, though, so don’t worry.

Good to have a similar build. We can compare notes.

What motherboard are you considering?

Haha good point about the liquid! But yes, I’m sure it is safer…and it sounds like I was pretty unlucky with the AIO too and generally they are reliable.

I haven’t looked too far yet into the motherboard: I don’t really intend to expand/modify much, have no intention on adding water cooled RAM or anything.

I’m putting in reasonably high spec components though so it would be silly to buy something that isn’t utilising that investment to its full extent. By the sounds there is no point in OCing the CPU but I assume the RAM still has to be set up to the higher clock speed profile…so ideally the mobo interface works well for that. Wifi might be nice for future options in case we move house. Unsure where all this leaves me in terms of options

Cases are an important aspect. Have you bought the one pictured, the fractal design one ?

Not yet, it just seems to fit the bill best in terms of dimensions. Here’s the GN review: Good I have watched a lot of GN videos, especially their case reviews for a no BS assessment without fear or favour

Agreed. I have a lot of time for them. It took me a little while as a layman to get used to their firehose information pace but they seem to go out of their way to remain largely impartial and give straight up views on things - and they also really put a lot of effort in improving their testing methods all the time, it’s quite impressive.

With regards to the Meshify 2 Compact, the compromise in size seems to be that the GPU may not be getting quite as much fresh air all around it because it’s so close to the front…but I’m not intending to OC it so should be okay.

AMD X570 Motherboard - I think I need an X rather than a B to use the faster PCIe 4.0 speed on the NVMe (possibly not?)

You asked for it, I am again going to link to the same post that previously failed to convince Mudspikers not to get an X570 board.

I know there’s many choices, but allow me to help you on one thing that I often see people gloss over. If you go for Ryzen 5000, don’t even consider an X570 motherboard, just go for a B550 board. You can get a much higher quality board for a lower price that way. The X570 chipset’s advantage over B550 is only relevant if you want to connect more than 1 NVMe drive of the 4.0 variety. “Normal” superfast NVMe drives are PCI 3.0, which is already insanely fast. Many people go for X570 because the…

The short version is: B550 allows enough PCI-E 4.0 lanes for one GPU and one NVMe drive.
Other pros are that B550 boards do not have a cooling fan and cost about half as much, all other things being equal.
I don’t see a problem with the second NVMe drive being PCI 3.0, but if you think the possibility of having the second NVMe drive be 4.0 instead of 3.0 is worth a hundred bucks, then you would need to get X570.

I also think you shouldn’t need all those cores on the 5900X. Single core performance is very comparable to 5800X, and not a lot better than 5600X even, though I can understand wanting more than 6 cores.

I have the slightly older Meshify Case which is almost the same. I went with the smaller NH-U12A cooler.
As for GPU cooling, the trick is to get enough air underneath the GPU. I currently have an NF-A14 (attached only at the top screws) as intake for that purpose, but an NF-A12x25 may be better, given the restrictive panel at the front. In the BIOS, set it to ramp up with the PCIE temperature sensor

The 5800X / 5900X matter is interesting - it seems that some games actually like the 5600/5800 better, how curious. We know DCS is mostly single thread. What’s MSFS like in that regard? There is also the matter of the small case and temps - it sounds like 5800X runs hotter than 5900X, potentially? Hard to figure out.

Hard to figure out.

It really is. Temperatures depend on the specific chip as well as which direction you go if you tweak the settings (what used to be called overclocking but is closer to undervolting with these new Ryzen CPUs). Which is a good reason not to go with 5600X, because those get the worst chiplets. 5800X is a single good chiplet, 5900X is two chiplets.

As for cooling, I wouldn’t worry about that. The case has potential for good airflow and the NH-D15 is a beast, even with a single A15 fan. And you can always strap a little 120 mm on the front, black or beige, whichever you prefer (don’t quote me out of context).

Make sure you have a good balanced airflow/pressure 140mm on the top intake, or use the NF-A12x25 if you eant to go all 120mm

Make sure you have a good balanced airflow/pressure 140mm on the top intake, or use the NF-A12x25 if you eant to go all 120mm

Would you also use additional 140mm’s on the top and if so, exhaust or intake? Hard to know i guess, but intuitively I feel like “in from the front, out from top and back” would result in good flow with minimal turbulence.

However, to minimize dust through the case, positive pressure is very important as well. Having more fans sucking air in than blowing air out.

I prefer quite a big positive pressure difference, otherwise the GPU starts to suck air in at the back.

So if you put a 140mm exhaust at the top, set it to very low speeds and have those front fans ramp up when the GPU gets hot (make sure your motherboard has a tenperature sensor at the PCI slot, the fancier Gigabyte ones do, but their support is not great). Also bear in mind there is no filter thus more airflow on exhaust port with identical fan and speed.

I would prefer (if the GPU length allows, of course) to have 3 intake fans at the front before adding another exhaust fan. Not sure if the Meshify 2 allows 2x120, 1x140 front, but that would be my ideal setup, then you can move the second 140 to the top for exhaust without huge speed differences between fans.

EDIT: For now though, you shouldn’t need any more than the 2x140 in, 1x120 out that it comes with. Make sure to mount the 140 as low in thecase as you can and scale the speed with a temp sensor close to GPU

I had not thought about the positive pressure thing - thanks for that! Appreciate your help.

The Aorus Master B550 looks quite good and you don’t end up paying for the X570 stuff that’s probably unnecessary. 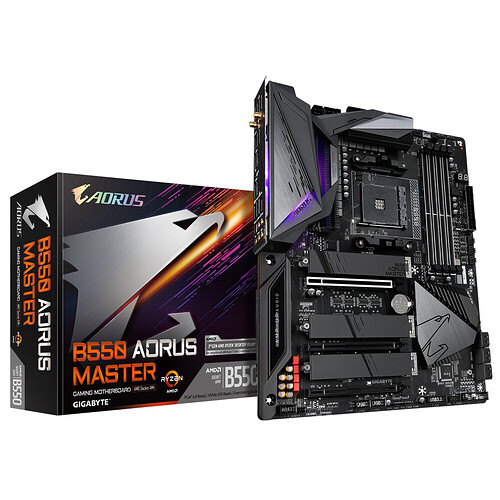 Lasting Quality from GIGABYTE.GIGABYTE Ultra Durable™ motherboards bring together a unique blend of features and technologies that offer users the absolute ... 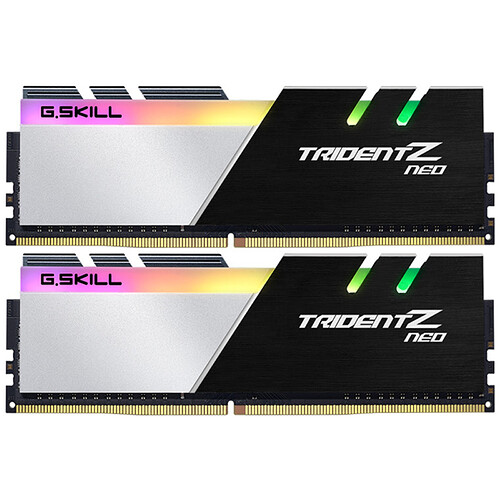 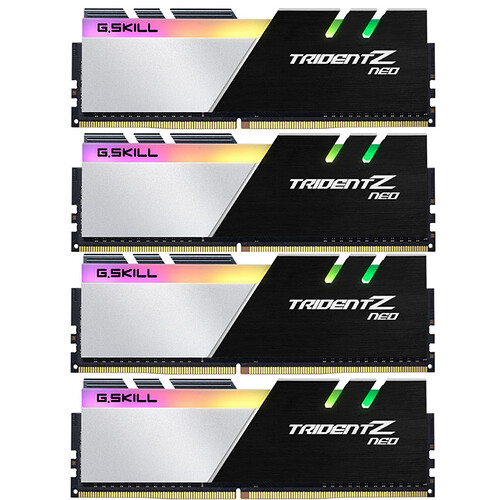 in a compact mid-tower case

Have you considered the Silent Base 802 case?

It‘s not super compact, but makes up for that by being comfortable to build in. Very convenient and every GPU will fit in easily.

Unfortunately that one is 539 mm long, so it doesn’t fit - thanks for the suggestion, though.

They say the same about the old Meshify Compact, but with a little creativity, I’ve read people fitting 1x140 and 2x120. The 140 I have attached in the bottom position of the front side with only 2 screws is not “by the book” either. When the 120mm fans currently strapped to my GPU are freed, I will see how many 140mm I can have in the front with a triple intake.

As for RAM, there is this dual rank vs single rank thing. Using dual rank is a tiny bit faster. With four sticks, you are sure to be using dual rank, with two sticks, it depends and is not advertised correctly.

But no, that’s not worth significantly higher cost. Also, two sticks is easier for the memory controller and has better overclock potential. Though you are probably not going to do that, since 3600CL16 is great

I watched this interesting video which seems relevant re the 2 vs 4 sticks thing: This video goes on to debunk some common misconceptions that arose from people watching ths GamersNexus video. It is very detailed, but in the end, it is small differences and definitely not worth paying double for having 4 sticks. At that point, you’d be better off spending your money on a sweet CL14 tight timing stick