It is getting to be that time. I’m seriously considering this prebuilt (no, I don’t want to build a PC…been there, done it…enjoyed it for a one time thing…):

Any thoughts on that? Meh or decent? Or should I just wait on an i9 and 2080Ti to come into range? I don’t overclock…more of a player than a fiddler…

Yep.
That’s pretty similar to what I have in mind, but I would put 32GB of RAM and a 500GB SSD in there.
Edit: but man, for that price?? That’s pretty good.

It’s a good deal for the price. As you have a 1080 already, the 2070 would be quite similar in performance though?

Depends if you are ok with keeping your existing PC and want to have another PC of similar performance or not.

Hmm…yeah…my current PC I was thinking the mobo and RAM are perhaps getting a little dated:

Would I not notice a significant improvement with the new system or would it be very incremental?

…so it’ll be faster for sure. It tends on how big a step you want, and how much you want to keep your existing one as well.

For a lot more money, it would be:

Since that time, I have upgraded that PC well over 2 dozen times until it became the i7-6700k/16GB/ GTX1070 w/2 SSDs and 1 HDD I have today. The CPU is fine, I have seen nothing to make me want to upgrade that, the RAM is fine, I’ve not yet run out in anything, and the video card is also doing fine given I have a 1080p monitor.

Changing out a piece here and there over time is far more cost effective and a lot less disruptive than moving everything from one PC to another. That’s just awful. Changing out the motherboard and CPU (and sometimes RAM) every 4 years or so is enough.

CPU is a 42% improvement

The improvements for the CPU’s have slowed down over the years, in that it’s diminishing returns for clock rate and die size. When you factor in Spectre and Meltdown slowdowns, plus AMD not pushing Intel hard enough in the market side, then the rate on the curve is flattening. The main reason for upgrading is the DDR and socket changes that force the issue.

That Walmart deal is very good for the money, as it is a good balance of bleeding edge vs cost. The only ‘downside’ is that you already have a 1080 so for GPU limited things it might seem similar on some games.

That Walmart deal is very good for the money, as it is a good balance of bleeding edge vs cost. The only ‘downside’ is that you already have a 1080 so for GPU limited things it might seem similar on some games.

Righto. I might hold fire for now and see what else crops up in the coming weeks and Cyber Monday and stuff. Maybe a lot of people are sitting on the fence and we might see some deeper discounts if retailers get antsy. I have to believe that digital currency implosion is going to end up putting a glut of GPUs on the market.

And slightly OT…I wonder how these towns that were clamoring to become digital currency mining towns are faring these days. Hard to believe so much hardware and electricity has been put into this thing. I’m not saying it is dead by any means…but it sure isn’t looking good:

“Salcido says he’ll have 42 megawatts running by the end of the year and 150 megawatts by 2020. Carlson says his next step after his current build-out of 60 megawatts will be “in the hundreds” of megawatts. Over the next five years, his company plans to raise $5 billion in capital to build 2,000 megawatts—two gigawatts—of additional mining capacity.”

This Is What Happens When Bitcoin Miners Take Over Your Town

Eastern Washington had cheap power and tons of space. Then the suitcases of cash started arriving.

Agree with everything that @fearlessfrog has said here. You also may want to consider the PSU here too, as they are a pain to swap out and can be a major limiting factor on upgrade path or stability of a PC.

The spec lists it as 650w, which on the face of it is sufficient to run this build. However, it may become marginal if you stick a new shiny GPU in it or plug in every USB device you have. I’d also want to check that the PSU is gold rated. 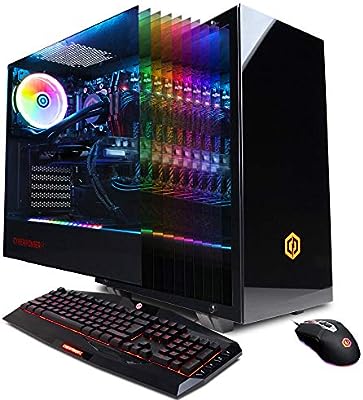 Should I be over-clocking this? Some light Googling says I might be able to extract 15-20% more performance out of it. But I don’t have an exotic cooler and I’d rather not fry my system either.

Fairly unlikely to fry a modern CPU, just because their thermal shutdown limits are all in-built. Theoretically you could zap it by overvolting, but most Bios’s make that hard to do.

Does your Bios have an ‘auto overclock’ feature? They are usually safe and provide an easy gain.

I have this menu in my BIOS…never tried it…

Overclocking is a loop of:

The only danger is having to reset your Bios if it doesn’t boot, and worse case is you move a jumper on the board to hard reset bad values.

Temperatures are really about the delta between idle and under load, with the balance being stability. Having an i7 pushing 70c under load if 30c idle is about ok.

I would also investigate your manufacturer utility for your motherboard that loads into Windows. Most of the brands have one and it is much easier to change values and watch temps from within windows. Most of them also have an auto overclock feature that will just set the multipliers and power values for you. Just click the button and watch the temps on your second monitor.

Most Video card vendors have one as well.

If you are contemplating a new pc purchase anyway overclock the one in front of you and see how you do.

Having an i7 pushing 70c under load if 30c idle is about ok.

If you are contemplating a new pc purchase anyway overclock the one in front of you and see how you do.

How many volts will kill it? - I’m asking for a friend…