Hey everyone… since I got an old C64 for Christmas I though about sharing some pics here.

It’s old but it works.
It definitely needs some cleaning and a few pieces but it’s all stuff I can find around. 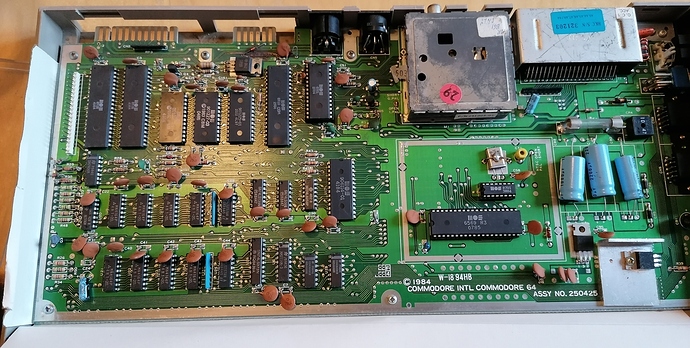 Edit, by examining the Motherboard I also found this… Uhm…

That’s awesome!!!
I read somewhere that there are new keycaps available for the C=64…

Yeah! There’s a wealth of options… many of which really cheap.
After the cleaning I tried it and it works like a charm!

Wow Nice! That brings back some memories!

Pleeeeease keep updating this thread dude!! I really miss mine!! My mum swapped mine for a 286 when I was little and I was heartbroken (obviously it passed when I unlocked the potential of the pc when I was older) but the nostalgia is STRONG!!

Keep us in the loop!

What, no vacuum tubes?

Great find. Burn marks are curious, like it suffered a lightening strike?

That diode looks somewhat unsoldered (the slanted diode coming from/to the expansion port). My guess is that something was connected there that provided power in a place that shouldn’t have it.

I will…
I tried it and it work.
Monitor is green phosphors but cool

Sadly, despite having a Monitor, Disk drive, Tape drive and even a printer I lack a joystick.

I found some stuff online but I was thinking to make one myself!

If only anyone has an old Amiga or Atari ST joystick I’d buy that for a dollar!

Hard to tell.
After scraping around a bit I think I can confidently say something deposited on the tracks and overloaded them.
Taking apart the rest of the hardware I found it dusty but in amazingly good order.
Next check, loading tapes and disks.

Plans for the farther future?
-Buy a nice hardware mod that interfaces the C64 with games loaded on SD cards.
It’s relatively cheap, connects on the parallel port and it’s seen by the 64 like a normal drive.
Loads like a fast disk or a cartridge according to the file type. Around 30€.

-Buy a converter that allows it to go to my HDMI monitor. Around 30€ but with no input lag.

If only anyone has an old Amiga or Atari ST joystick I’d buy that for a dollar! 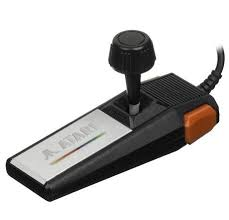 BRILLIANT!
That deserves to be in a museum!

But honestly… I briefly checked the pinout and it looks like it fits!
Would you really let it go?

Ooh ooh list it in the for sale section!! Yay!!

I think i actually have some others around here with the same pins, I’ll take a look, ones that are a bit more traditional. iirc the 7800 was a paddle and a regular atari controller in one and may not actual work, because those damn paddles broke all the time. I’ll dig through the shed because i’m fairly certain I have others around that may be more useful for you.

but for real authenticity you have to have 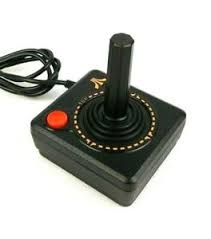 no spectrum or c64 was complete without one…

or possibly one of these, Im not sure how many of these i went through playing daly thompsons decathlon 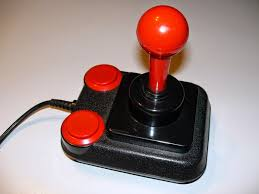 So, I did find a 2600 controller that is missing the stick cover and has a severe lean to the right. There are repair kits, and while i’d happily send it along it’d probably costs more to ship than it would to buy a new one.

Luckily the Atari Flashback consoles use the same style controllers, hook ups and all, so that’s one option or something like this

a repair kit on amazon is $15 or that controller there is $15, so let me know, i’ll gladly just send what I have your way, but getting a new one might just be the way to go.

How about a nice game of Pong?

I checked and apparently even if the pinout is indeed the same the grounding of the contacts is not.
It’ll not break anything (on either side) but it’ll not work.

That said… if you really don’t need it I could tear it apart to build my own. But maybe it’s simply not worth the shipping. Dunno.

but for real authenticity

Well— my dream is to have/buy/steal this 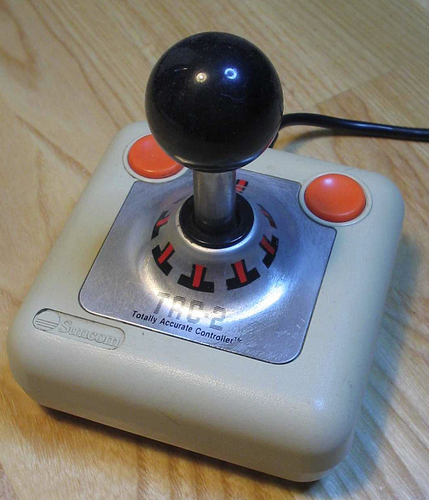 It was the sturdiest and most precise joystick ever made.
It was impossible to break- when used as a joystick. Was less successful as a Crowbar…

that controller there is $15, so let me know, i’ll gladly just send what I have your way, but getting a new one might just be the way to go.

About that- I couldn’t you thank enough, and if I lived in the States I’d beg you to send it to me.
At this point your hint about that Atari joystick is just phenomenal! I think I’ll go for that!

I have this one in my box of 128D stuff somewhere: 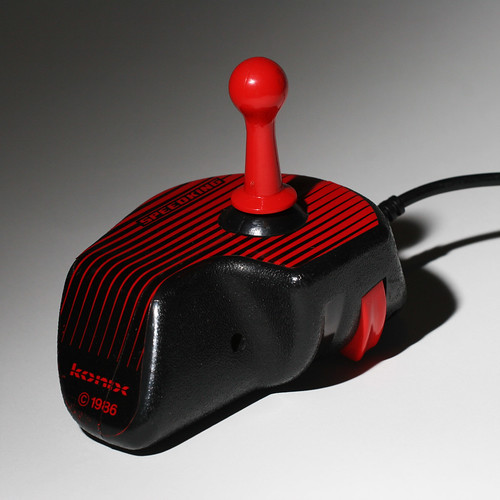 But I’m also CONUS so that makes it a bit difficult. I’d give you the whole computer but shipping that to Italy would be pretty expensive… Not exactly lightweight!