Call me crazy. Did I see 2 Phantoms last week?

Last Friday, I’m lying on the beach at Pawleys Island, SC, watching my kids build sandcastles, calculating the little structures life expectancy, when a couple of military jest pass about a 1/2 mile off shore at about 4 to 5000 ft. AGL heading north. As @BeachAV8R will most likely confirm, military traffic is pretty common in the area, and in fact earlier that morning a couple of MH-53s had passed, the second traveling about 5 miles in trail heading southbound.

The jets really got my attention because they had very distinctive silhouettes and smoke trails. Having been raised around the beasts, I would swear that they were Phantoms. However, they were supposed to have met their death in December. So, perhaps it was wishful thinking or optical illusion. The Great Santini’s ghost flight perhaps? I’m pretty sure that the F-4 Heritage Flight went the way of the QF-4s.

So yeah, I must have been dreaming. 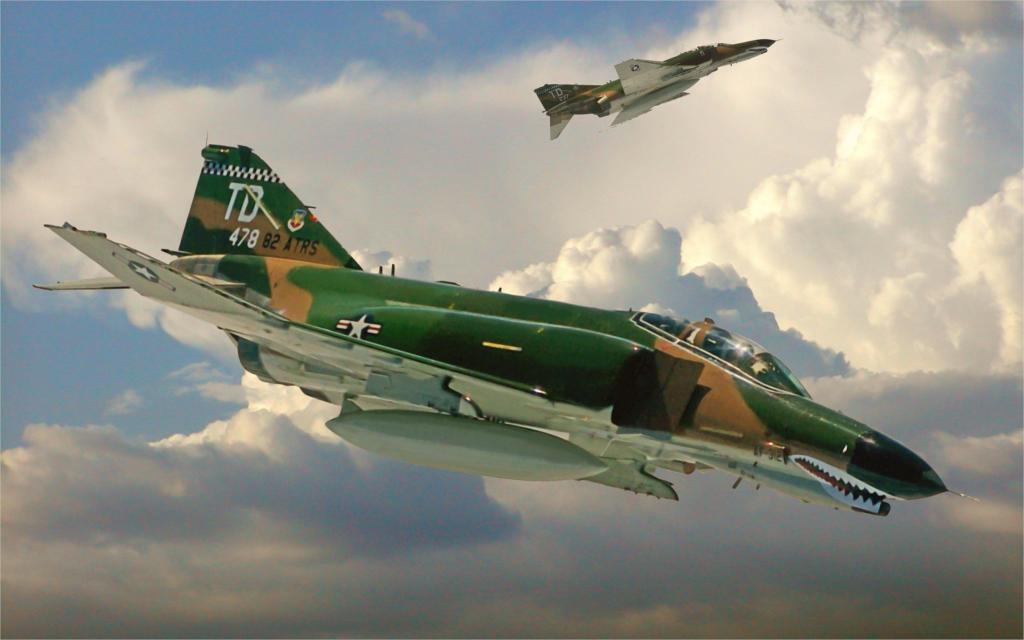 Could they be operated by either another country, or civilian contractors?

I’m afraid that I only saw the movie. Adding the novel to my Audible wish list.

Pat Conroy is in my top ten of favorite authors, as I have a great fondness for lowcountry South Carolina in general.

There’s a great section in “My Reading Life” where he talks about interviewing his dad for the climactic scene near the end (no spoilers). That was also an incredibly interesting read.

Yeah…I don’t know if there are any F-4s still flying (I didn’t think so). I know you frequently see Harriers from Cherry Point trolling along the beach.

Very much agree. We’ll be moving to Charleston in a year or two once the brewery gets production cranking. When I was living in Germany back in the early 90s, I could read a Conroy novel like POT or Beach Music and be instantly transported back home.

Atlanta has been a fun 30 or so years, but it’s finally outgrown us.

When I was living in Germany back in the early 90s, I could read a Conroy novel like POT or Beach Music and be instantly transported back home.

Beach Music is in my top five favorite novels. Have you read South of Broad? The whole book is a love letter to Charleston.

Don’t know if you know the name, but Doug Marlette (former cartoonist for the Charlotte Observer) wrote two novels in a very similar style before his untimely death. They’re both great reads.

that’s a lot of money per hour…

Well how often does a Jumo need a rebuild?

rebuild every 10 hours, scrapping it after 25.

I doubt they fly with jumo’s. I’ve only heard of one project that I think has a operational jumo engine. The rest fly with modified F-5 engines in the nacelle of the 262. It’s all a rebuild anyway so I don’t think anyone will mind.

rebuild every 10 hours, scrapping it after 25.

The rest fly with modified F-5 engines in the nacelle of the 262.

Yep, the first generation of gasturbine engines did not have a lot of performance or reliability. They were considered to be pretty deathtraps, although the Jumo engines seemed most succesful on the Arado AR 234, which Eric Brown was quite fond off. Pretty sure they worked so fell because they could idle in a single flight regime for a long time and the bearings suffered a whole lot less stress.

I don’t know if there are any F-4s still flying (I didn’t think so).

Globally? Greece, Japan, South Korea, Iran, and Turkey (as @NEVO pointed out) still operate variants of the F-4E in one state or another.

It’s completely nuts that they ever strapped something with such a short overhaul span on an aircraft.

It was the war economy, produce acceptable equipment and a minimum cost in manhour and material. Obviously Nazi Germany was horrendous at this front throughout the war, especially when you look at equipment costs vs performance.

Note that for example the piston engines on fighters on both sides didn’t last very long either, very maintenance heavy, and if you look at a modern fighter now, there’s easily 10 maintenance hours required for each hour flying on certain types. Obviously this isn’t a fixed cost, sometimes it’s a cheap and easy fix and sometimes you need to remove equipment to take it to the shop.

The truth is that life expectancy of the average German pilot at the end of WW2 was shorter than one maintenance cycle. Aircraft of this era did not return without their pilot …