I did a test with the bf109 few interesting things happened, does anyone know why the engine cut out in the dive?

Speed of sound is around 1230 Km/h at standard atmosphere, sea level.

I read in the release notes that they have started modelling compressibility effects. Could be your engine choked due to shockwaves forming in the air intake.
I see you lost an aileron. Probably due to flutter.

Engine got starved of fuel, a modern day aircraft that can break the speed of sound has special doors to reduce air speed in an attempt to avoid a supersonic shockwave entering the compressor. I can only imagine your piston powered engine not being too happy!

@Troll
I think I hit 900km/h, I don’t think I would be able to recover from the dive going any faster.
The shockwaves makes sense. I always thought maybe it was a fuel starvation problem!
But the 109 was fuel injected right?

It could be, since local airflow in intakes and other narrow flow paths can have a lower speed of sound, because of low airpressure and cooler air.

But the 109 was fuel injected right?

Yes, but combustion requires a ratio between air and fuel. Shockwaves in the intake can screw up airpressure metering, which supply the fuel injector with the necessary input to regulate the fuel.
About right, @TheAlmightySnark?

Yes, but combustion requires a ratio between air and fuel. Shockwaves in the intake can screw up airpressure metering, which supply the fuel injector with the necessary input to regulate the fuel.
About right, @TheAlmightySnark?

Yep, this is pretty much what I was on about. One ought to also consider the fact that the airpressure may spin the engine faster then it can on its own cycle, which would screw up a lot of internal components and may jam it in ways that are considered uncomfortable.

I checked, it is indeed a fuel injected engine, not sure how the fuel pump is regulated but it appears to supply fuel at 90 bar at the injection nozzle.

I suppose this question is quite interesting. I know the Spitfire happened to get close to Mach 1 a number of times. With a notable effect, the elevator becoming useless during a mach dive until the aircraft got low enough for friction to increase and the airspeed to decrease, removing the mach shockwave that exists on the wings and elevator, returning control to the pilot.

Must have been a scary scary time to do that when the effect wasn’t fully understood.

Do happen to know if the spitfire was better at diving then the 109 in general?
at around 700 the controls started to become very unresponsive I was surprised I hit 900 and was able to pull up!

Hard to say, I wouldn’t know about that. Not sure what is happening on the wing that is causing the change in control responsiveness. Altitude is also an factor in all of this obviously.

I’m certainly no expert, but I recall a modern history lesson in high school where we discussed the RAF in WW2. IIRC I think the main tactic for spitfire pilots during the battle of britain was to dive away from a 109, and for hurricane pilots it was to try to turn in on a 109. That would suggest that the spit could out-dive the German plane. I’m happy to be corrected though.

Edit: This could all be complete rubbish as the first three sources I’ve looked at give the spitfire a better turning circle than the 109

I think you may be correct in regards to the spitfire is better in dive, I think the 109 is better in the climb.

Iam interested to see if a spitfire can go +900 and get out of the dive.

thanks for your input!

“Mach tuck” is another phenomenon you may want to read about as part of your efforts to survive the dive - that’s a nose-down pitch moment when you get to the critical Mach number of the wing / airfoil. I think most WW2 late-war airframes experience it as the wing and general shape of the aircraft aren’t suited for transonic / supersonic speeds (thick wings, no area rule etc.).

Great pitches nose down, that’s not going to help things. Mach tuck is something new I learned today thanks.

The Spitfires that nearly broke the sound barrier

Dang, tons more info than I expected from this thread.

wow so the spitfire hit over 1000 and the prop come off,

Eric Brown writes a bit about the spitfires hugging up against the speed of sound in his book Wings on My Sleeve(worth a read anyway!). I’ll look it up in a bit, not sure if it said anything substantial.

Absolutely!
So many air packet/bullet simplifications out there.
I used to teach principles of flight, and one of the first things I wanted my students to understand was that air is a fluid.

…to understand was that air is a fluid. 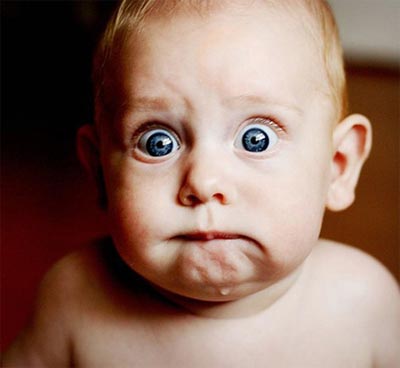 I think that may have been one of my students, actually!

I always figured everyone approached gasses as an equal to fluid, given that you can visually observe and feel many of the same effects. Swiping a hand through air will feel the same as through water for example, well short of being a bit wetter depending on weather conditions…