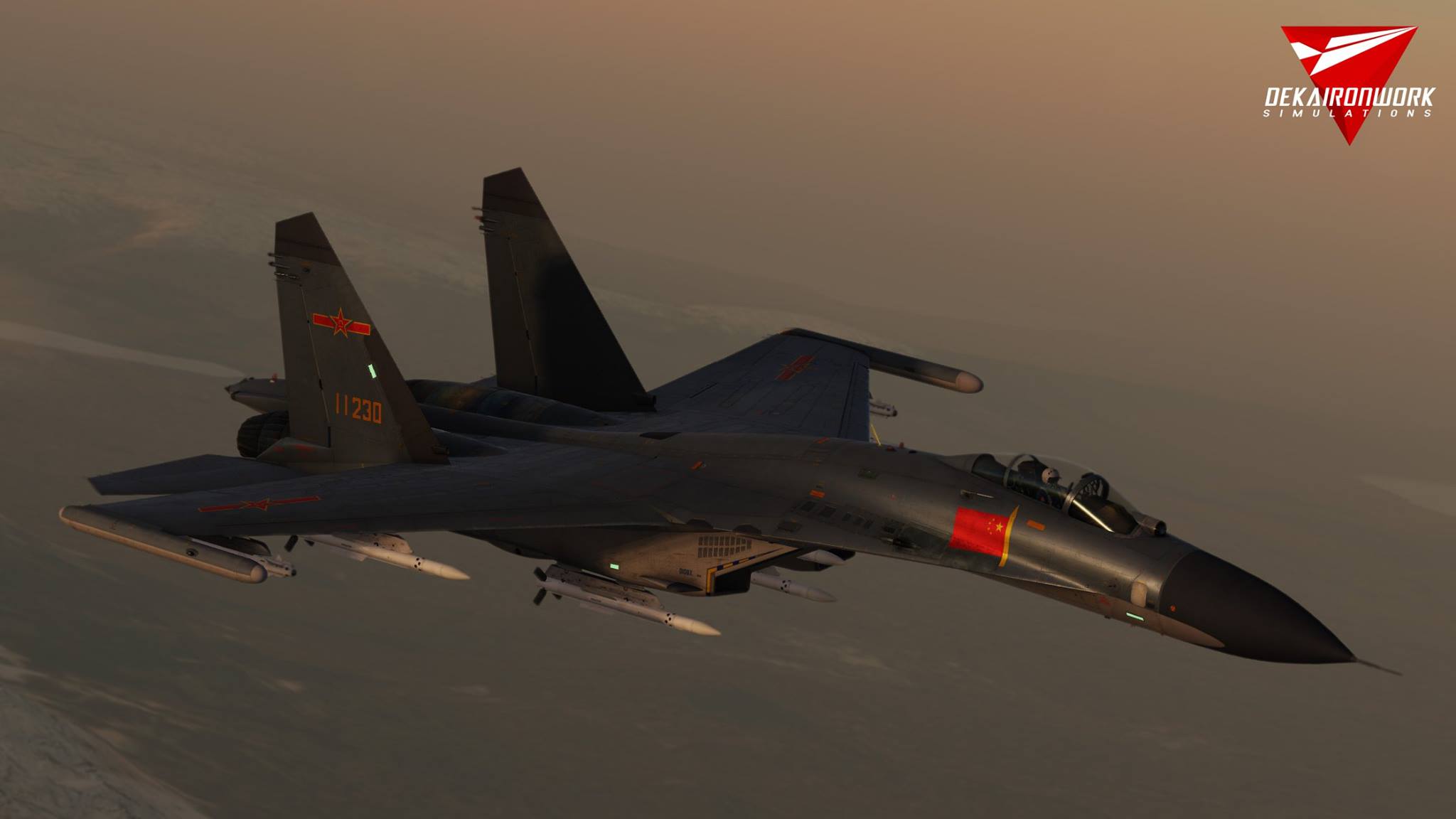 This weekend, Deka Ironwork Simulation (DIS) in collaboration with Eagle Dynamics (ED) will be delighted to introduce the China Asset Pack (CAP). This project targets at bringing the modern Chinese assets/weapons into DCS world as AI units. Currently, the following units are confirmed:

*Launch platform JF-17 might not be included in initial release.

CAP will be added to DCS World free of charge. Our future goal is to add more AI units into the package, although details and dates are still uncertain.

During the development, we have received help from some players as they have provided the initial 3D model of three warships. With assistance from ED, the LOD, damage model, animations and model corrections are almost finished. We have also completed ships’ weapon systems.

Since it’s a fan package for free, and the JF-17 developement needs to be focused on later, we may slow down the progress of adding other Chinese asset as AI. But if any of you are willing to help or contribute, that would be awesome and absolutely welcomed!

EDIT: I see that winter texture sneak peak, and I Approve. That is the proper amount of snow, ED.

Am I the only one who sees the Ka-27 Helix and desperately wants that in DCS? I really like that helo.

Good to see this asset pack though. Cool addition.

I’m with NB on this one. It would be a fantastic aircraft but it would only really shine in an ASW-capable enviroment.

It makes a nice target though

That’s a splendid move from ED, up the nose of all those who were thinking they would start charging for Landing Gear and other crap.
But would those people write anything in appreciation? Naaaah, too much effort.
Much better saving energy for more whining…

Forget that post Clancy-Epoch Weak Sauce. I wanna see this.

The Heliswiss specimen then? For hauling stuff around in the mountains.

Bloody hell! That was amazing- admittedly I just skimmed its surface but can’t wait to sink my teeth in it!
Love them intel!

That said, the last part of Bear&Dragon was worth the rest of the book…

Well, the plan right now for them is to make a full fidelity JF-17. Having coresponding assets out beforehand is both nice and smart. Considering the shots appear to the caucasus in 2.5, my guess is they’re well on their way for their 3rd party license, and may have acces to the SDK.

Absolutely beautiful! I was wondering whether we’d ever get something like this. One just has to think that sometime, someone is going to create a relevant map module for these beauties to fit into.

A post was split to a new topic: Deka JF-17 Thunder