Just been announced that the next Battlefield game will be out by 2022. Hopefully they’ve learnt from their mistakes with 5, pandering to the SJW/PC crowd. The new Pacific update looks quite good though.

I’m getting this game “free” with my new card - not played since was it 4? The original MW - that’s why I was a bit baffled when I saw this one advertised on the TV.
I’ve sinced watched the IGN and Worth A Buy? video reviews and I think I’ll actually give this one a go - even if it means having to install GeForce Experience to get the code (can always uninstall it again after).

I last played properly about 10 years ago, in the final months of the CustomPC Clan. Great bunch of lads and we enjoyed playing it together online. Think we did some BF2: BC after that, but the clan disbanded shortly after. I bought lots of the CoD follow-ups when they were cheap on Steam sales, but never really got into them due to so much crappy FMV “cut scenes” just completely spoiling the fluidity of gameplay.

According to the WAB guy (Mac?) this deosn’t apply to the new game - though the online play is supposedly as poorly conceived as ever (edit - comments above noted

I started online play with CoD (1) - I had always shunned multiplayer up to then, as I’d only tried Quake II and UT back in the late 90’s and performance was dire. But that game was just so much fun online, and I did much better than I expected - I really enjoyed myself (always playing TDM but not in any kind of clan or anything). Then they went and ruined it.

Of course, back then multiplayer was a completely different animal to the grungefest it is today

I finished the campaign yesterday and really enjoyed it, definitely the best COD SP I’ve played and the SAS building breach missions looked fantastic with NODs down, the animations and sound is just top notch - even on console. I enjoy the MP for what it is too.

Well it looks like I won’t be playing it after all. I tried to redeem my code on GFE, but it thinks I’m running an old version and tells me to install 3.18 or later - I’m running 3.20 that only just got released.
Got on support chat after a very long wait, and the guy was a complete tool and treating me like some idiot who doesn’t know his arse from his elbow - I ended up ditching him and they can keep their game.

I will try it again tomorrow, but if it still doesn’t work I’ll bin it.

Love the card, though!

edit: Tried again and it worked.

Guys I was just looking around and saw a statement that this game requires 175GB of hard drive space. Is that accurate?

Will have to move some stuff around, if so.

Not yet lol. At the moment it’s around 120-30Gb (not near my PS4 at the moment so can’t check) so not far off but I can see it reaching that in the future.

OK, ta. I just started the download and it was 129GB. My rate is just over 8 Meg/s which is normally fine for DCS World and other large sims etc - but this will take several day’s sessions, I think. Making me wonder if I want it that much.

Still, I don’t need to do it right now. Would be another story if I can dl it on my laptop and then copy it over.

Guys I was just looking around and saw a statement that this game requires 175GB of hard drive space. Is that accurate?

The texture sizes have gotten out of hand. Skyrim is a massive world, as is Fallout 4, and those take less than 100GB.

The texture sizes have gotten out of hand. Skyrim is a massive world, as is Fallout 4, and those take less than 100GB.

Surely did, I wish there would be an option to omit the highest res textures during installation if you don’t even using them - let’s say you only have them set to HIGH instead of HIGHEST in the graphics options. It would save at least 30GB if not more.

All I care about is the SP campaign, or if they have coop. Either way, I’m fighting against AI, not people. I don’t compete against people, it literally holds no appeal to me. I don’t enjoy it.

Not in flight sims, not in FPS, not in strategy games, nothing. I prefer playing WITH people against the AI, but if there’s no coop I still enjoy a good SP game.

The last PvP MP game I played with any regularity was Bad Company 2, so I’m right there with you. Modern Warfare does have a COOP mode that will be a good experience when they get it working. Right now, I wouldn’t bother. It’s still better than the mess that is Ghost Recon: Breakpoint. Ubi is essentially having to remake that game all over again. 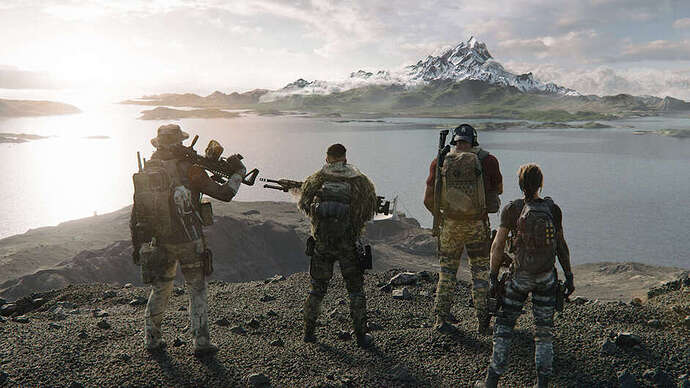 Tom Clancy's Ghost Recon: Breakpoint is about to undergo some changes to "get the game where you want it to be," Ubisoft confirmed in a blog post.

I don’t get the point of textures that detailed in an FPS arena shooter like that. Everything moves so fast and furious with bunny hopping and dodging, who has the time to see the fine detail on the side of a tank tread? It makes far more sense for games like Prey or Fallout or Deus Ex where you’re walking, sneaking, exploring.

It makes far more sense for games like Prey or Fallout or Deus Ex where you’re walking, sneaking, exploring. 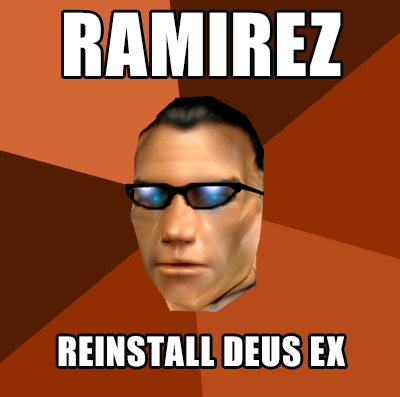 To my surprise, I finished downloading today. Only took about 4 hours (plus the first 10GB yesterday) or so, I think.
Despite the download size being shown as 129GB, the game folder is 109 - that’s before I start it, maybe there’s some more to come once it sets itself up and is configged.

Actually not sure about that download time - I know I started it about 10:30 and it was finished after I took the dog walkies at around 14:30 - so maybe 4½ hours plus a bit. That still seems too short - maybe I did some downloading in between and forgot about it.

It has a single player campaign so there’s loads in there I guess and it does look good. The way this CoD is, there’s no bunny hopping, the pacing is slower compared to other CoDs.

Even CoD1 had faster pacing than I was used to, and by CoD4 it was far too fast. The infinite respawning tangos until you get to the next trigger really turned me off and I never touched any CoD after that.

Hidden and Dangerous 1 and 2 with their addons were the pinnacle of WWII FPS to me, not counting the fantasy/sf of Wolfenstein (which was never realistic), and while MOH:AA and CoD1 did the “movie setpiece” thing, H&D was what I really enjoyed.

Oh yeah, I see what you mean, compared to more tactical games it’s always been fast. I’ve not really played one since COD4 (my son played them though and saw them getting faster and sillier) which I enjoyed at the time but that may have been because I’d play it with my son. I really liked the MW (2019) campaign and I don’t mind the mindless MP, gives me a chance to switch off and shoot things. Ok, I get shot and don’t shoot many things but I try.

I love H&D 1 and 2 and agree with you that they’re the pinnacle of WW2 FPS. I may have to reinstall and play again now you’ve reminded me.

I’ve still got H&D - in fact I recently installed it again on my Win95b PC, but it had numerous bugs that would spoil things, and that’s what stopped me getting into it properly. Loved the graphics back then.

I’m hoping to do some gameplay videos of those oldies when I have some spare time.

I played CoD4 multiplayer - if my clan hadn’t played it, I wouldn’t have bought it - but it was fun, I must admit. At least, until the mainstream techno-hooligans got into it! We preferred clan on clan or inter-clan games rather than just gen-public servers. Still haven’t looked at this one, yet, but it’s there, ready when I am.

12 posts were split to a new topic: Hidden&Dangerous2