I sort of ignored this game when it was first released 2019(?), but it arrived in my monthly Humble Choice thing I sometimes forget to pause. This month has some pretty good games in it for the $12, so had a play around with this. If you do join Humble to get it, then I’ll prostitute out my referral code with no shame at all here - Humble Choice | Humble Bundle

You play a psychic who is looking for her younger brother snatched by a BIG GOVT ORG™ so the gameplay is a 3rd person view - sort of a cross between GTA/Just Cause and say ‘The X-Files’. The vibe is a nice mystery thing going on, with lots of paranormal adventure stuff. The gunplay is actually pretty good and rewards accurate fire (doubletap!).

The Nvidia DLSS does miracles in this game, meaning a nice solid 60 fps in 4K with fancy ray tracing on. I’ll post some screens to give an idea. This is just the first level, so only very early game spoilers (like first 30 mins).

Here we are looking sombre. They took a real actor and then build the graphics around that. The cut-scenes take an unusual technique of real video, but with filters to make it look like the game. I guess they scanned and motion cap’d a lot of people for the other main characters as well. 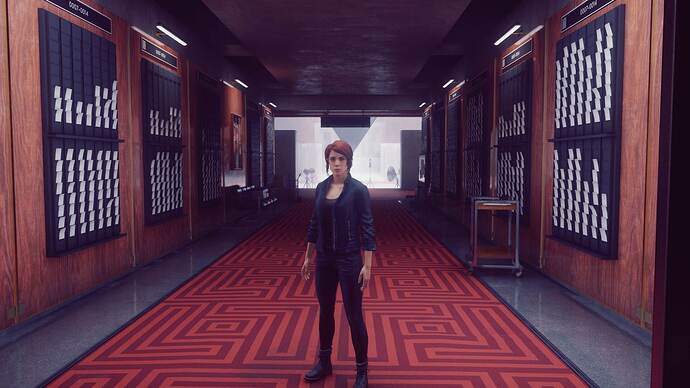 The art style is very nice. Sort of that 1960’s FBI wood panels and concrete. 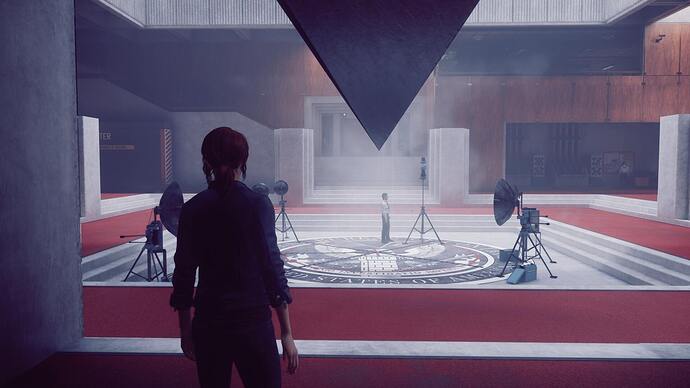 Without spoiling the plot (very good so far) lots of weird floating people. The game sort of gives an uneasy X-files sort of vibe. 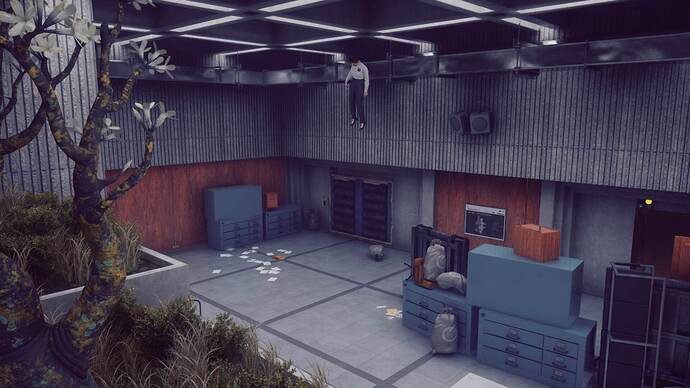 As mentioned the gunplay is pretty good. Over the shoulder stuff, with lots of mods/variations on the weapon. 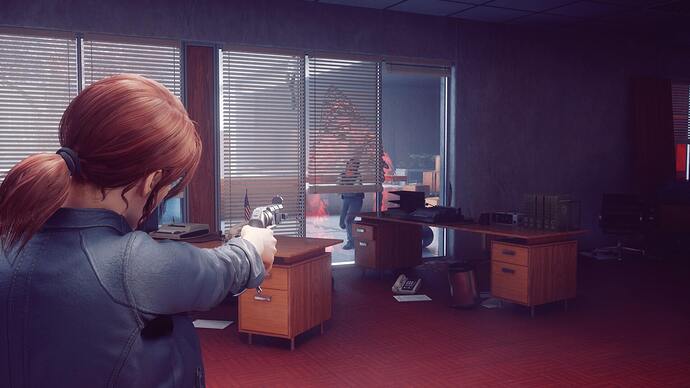 Fully destructible scenery, plus spooky possessed people to shoot. Their armor is pretty good, so needs a good mouse hand. 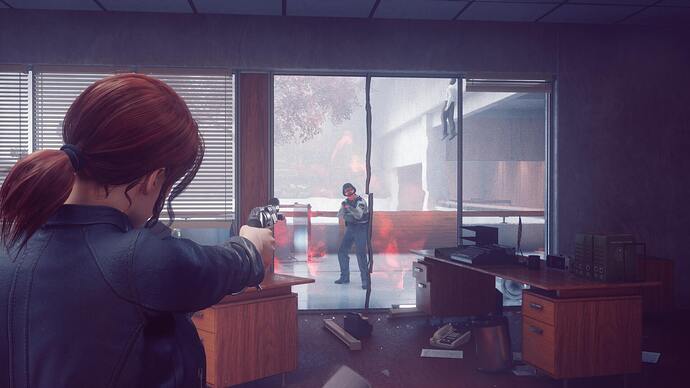 The telekinesis power is a key gameplay thing, and I’m only very early on but being able to pick up anything and chuck it is cool. Take this mailbag lady! 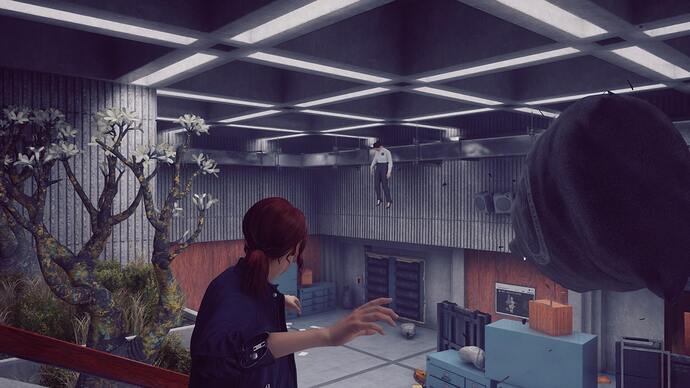 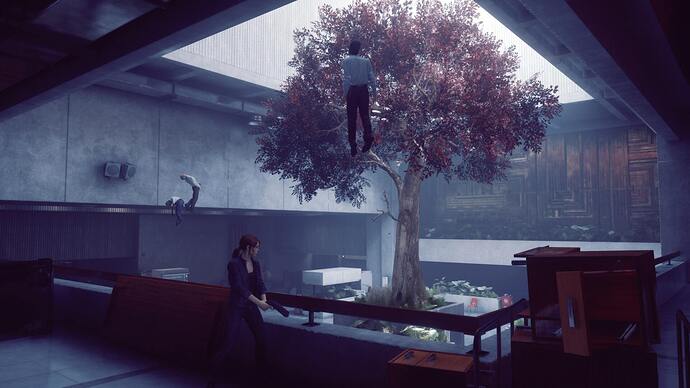 Some places are not a good idea to go explore. Beautiful lighting and ray traced shadows though. 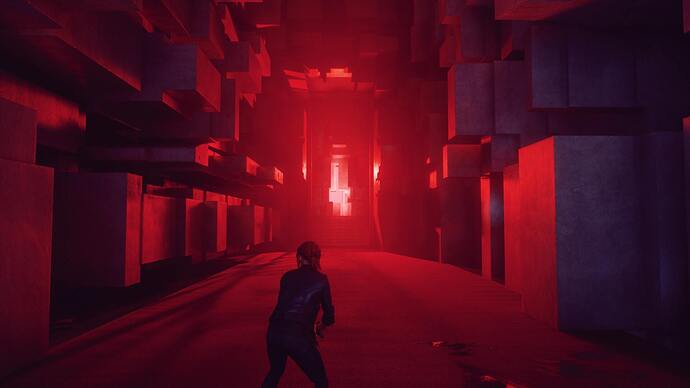 Outside the main FBI office things get a bit more industrial, lots of nice effects for smoke and haze. 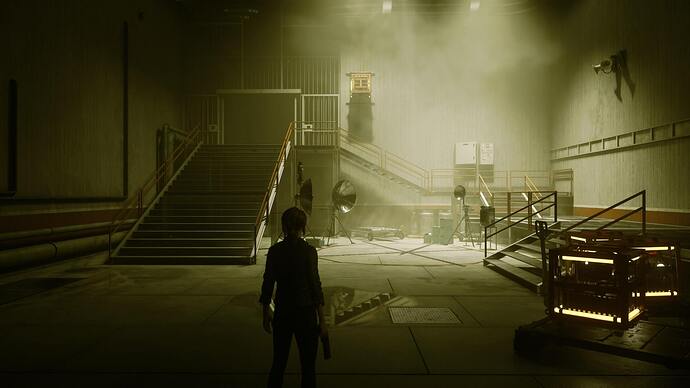 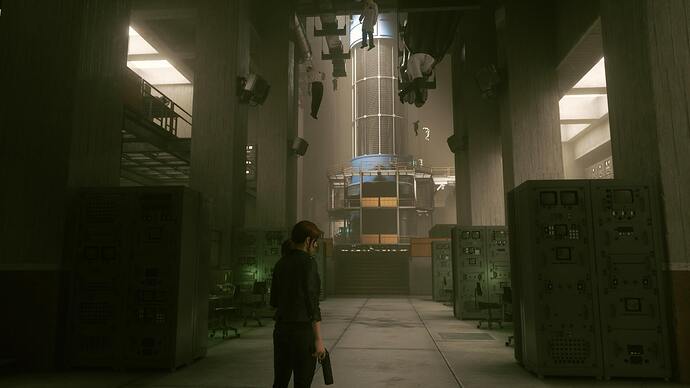 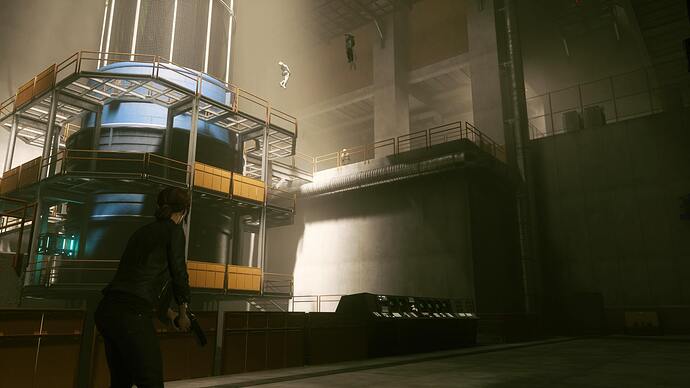 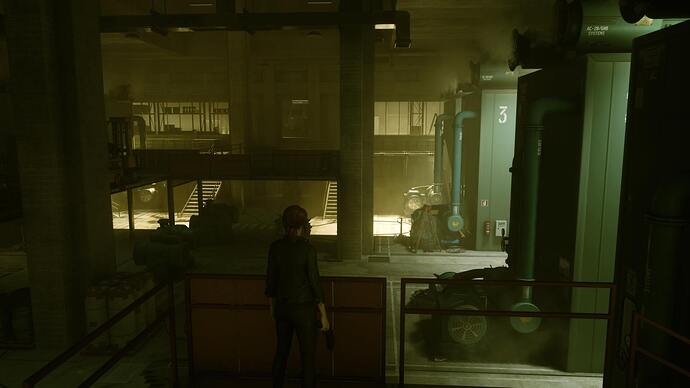 The mail room, with those old pipe things for moving stuff around (whommp!). 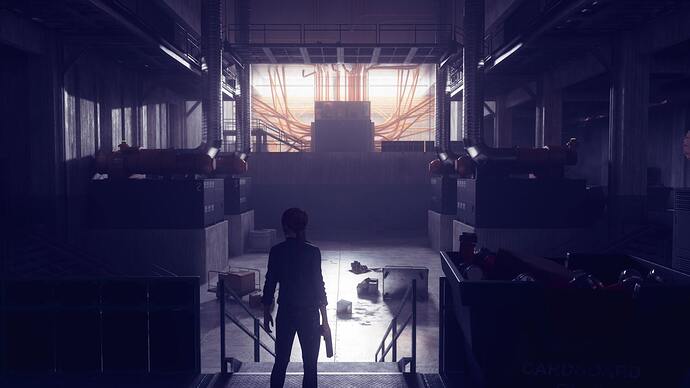 Huge levels, and nice designs. Probably the best I’ve seen since Titanfall 2 in terms of scale.

It’s not really a jump scare game, or horror, just more tense. You can creep around without fighting if you’re careful.

It gets quite natural looking in the basement - love the lighting in these shots. 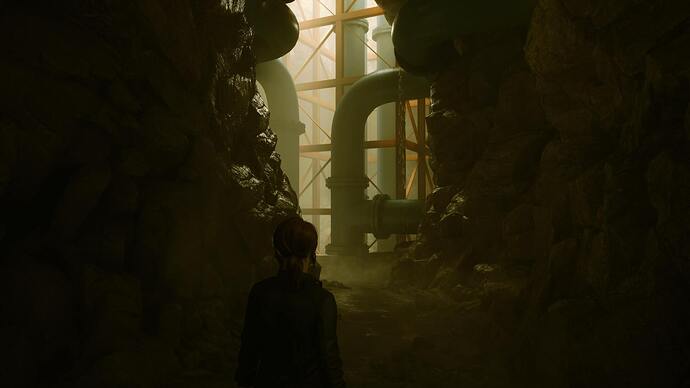 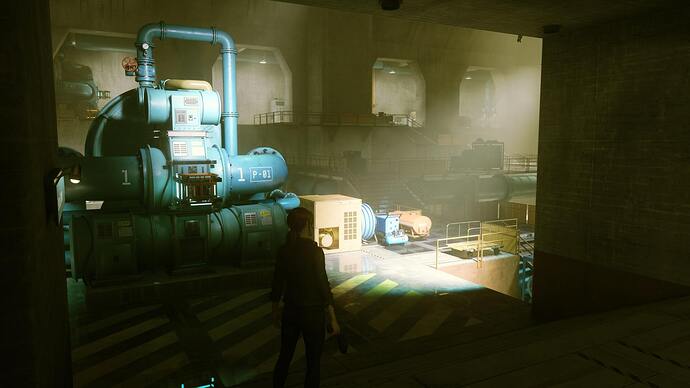 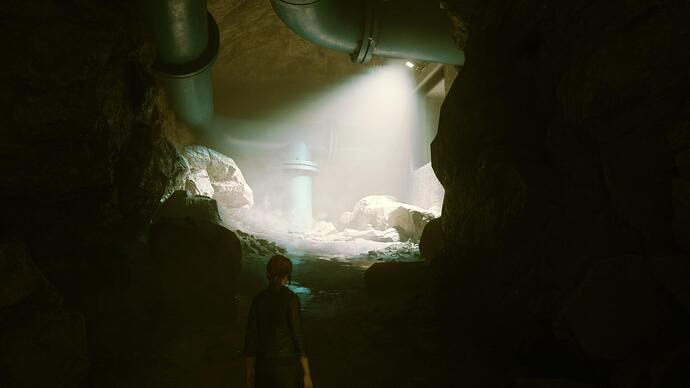 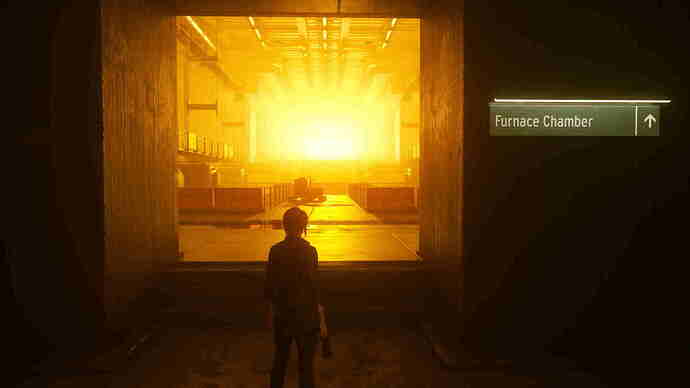 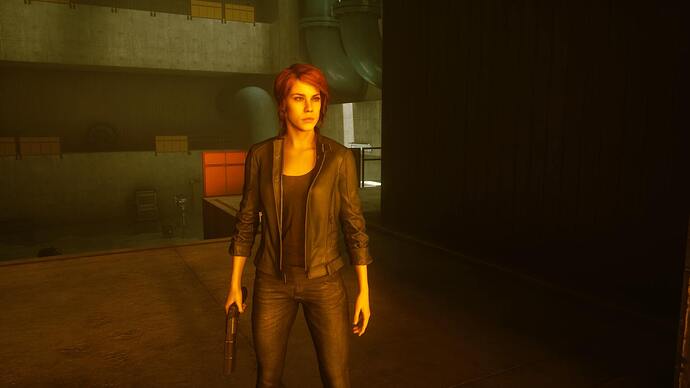 Huge levels, with lots of hide behind or start throwing. 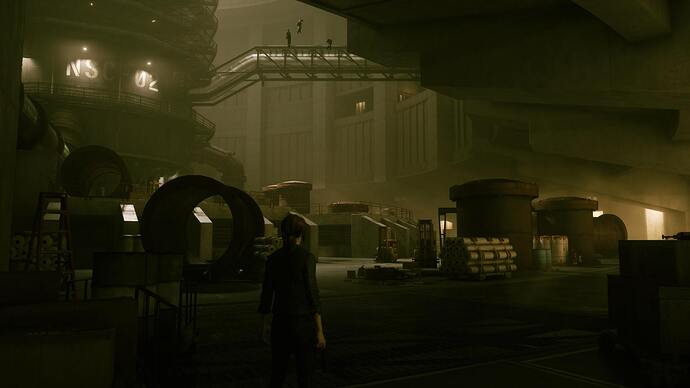 Sort of like Half Life 2 etc, you get to fight alongside some others some times. 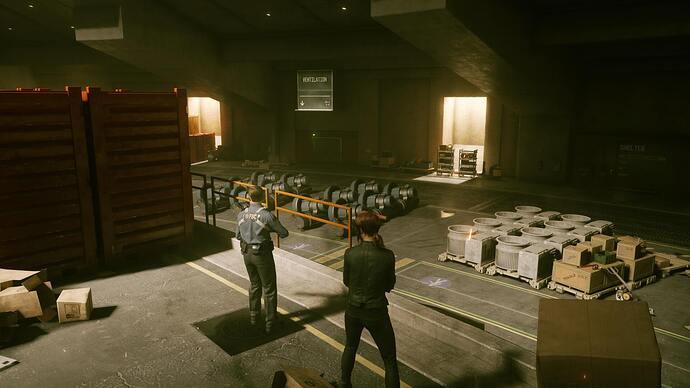 Did I mention the levels seem huge? 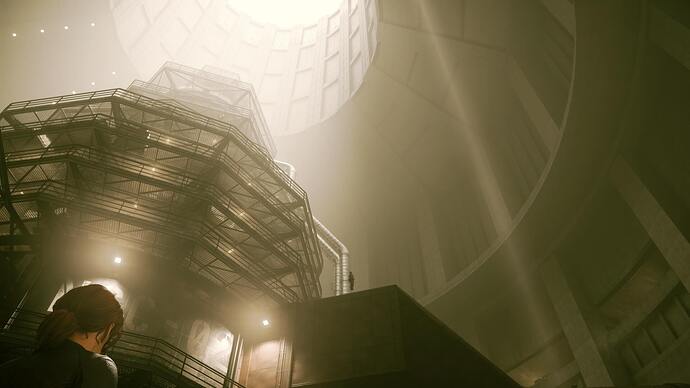 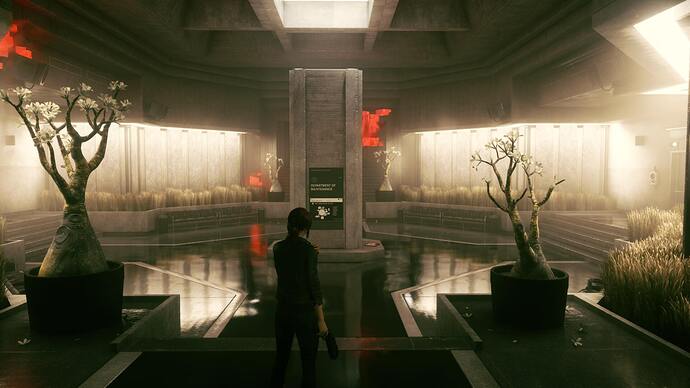 Handy map, write this stuff down (or use in-game map as well). 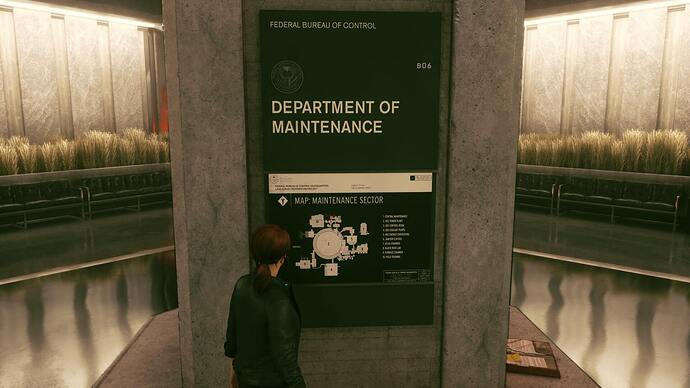 So really enjoying it so far. If you have a graphics card worth more than your house then recommend it just for the pure spectacle of it all. DLSS works very well, and the plot and story are interesting enough. Tell Sully she was wrong, the Truth is Out There!

I have it on my Steam wish list.
Once I have time (and there is a sale) I’ll probably get it.

The humble stuff is all steam keys, I think Control has been down to $20 on Steam before. For the $12 you get these titles this month, although after the first 2 or 3 ‘top ones’ the quality drops right off and it’s filler. 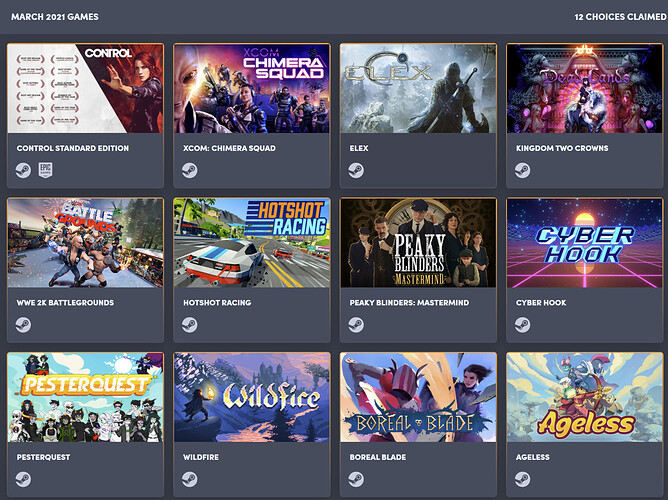 I usually pause so don’t pay the month unless I see something I’m curious about. Because you just get Steam keys I also give my kids things for their Steam libraries for anything they don’t have or are into a bit more than me.

Elex could be worth it, it is by the studio that made Gothic iirc.

Yeah, I didn’t notice that one and it does looks interesting, plus killing giant cats with a jetpack in post apocalyptical wastelands has piqued my interest.

I should say also, if I ever pause a month and then want something the month after, just hit ‘pause’ again and they’ll knock $4 off, so I paid $8 this month. Don’t know how long that trick can be repeated but I think I’ve used it twice in the last year or so.

Control is also available with your gamepass subscription. I’ve considered giving it a try, but something about the graphics and general vibe doesn’t appeal to me, in that I suspect I would play in a desultory fashion and then give up halfway through…