Dear all, What follows is a preliminary changelog of DCS World 1.5. Because 1.5 is being built from a new branch of our code, we cannot account for changes made in earlier branches. As such, we had to create much of this changelog based on memory and... 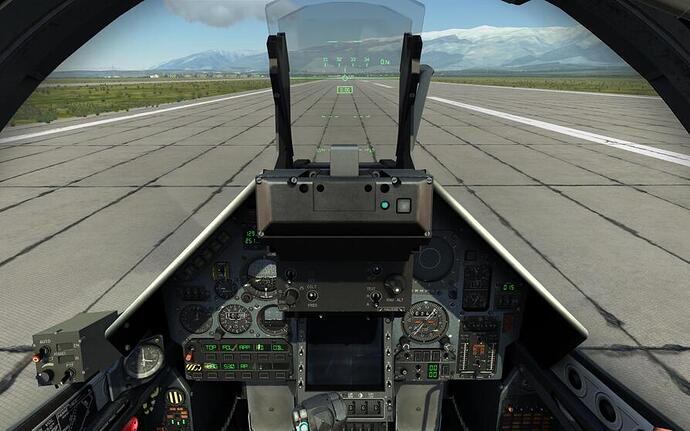 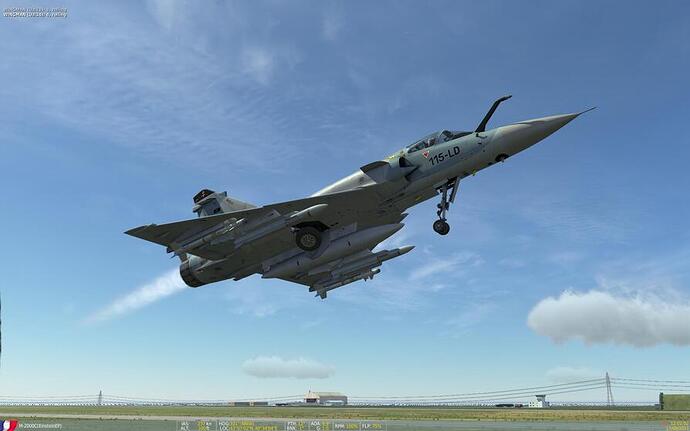 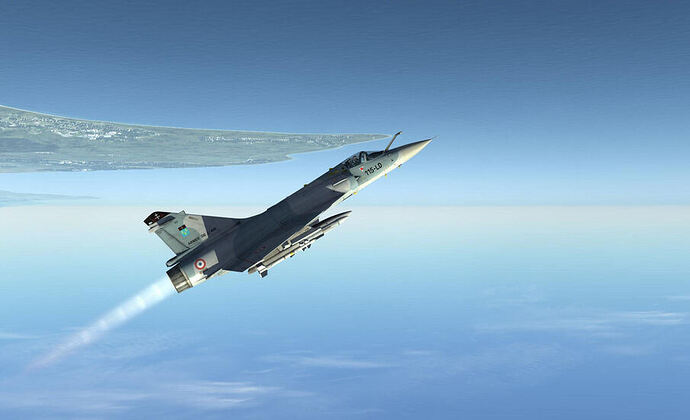 It launched with the simple flight model though right?

I believe it has the EFM.

I can’t talk to the flight model, but a lot of the cockpit still isn’t hooked up, either. The starting checklist in the manual is missing a few things (like master battery power!), but if you’re familiar with the manual, you can stumble through a cold start.

Once you get her in the air, she’s fast and nimble. She’s also a powerful ground strike aircraft, possibly owing to the EFM flight model? Rocket strafing is amazingly effective and fun.

Glad to see the M2000 out, though I understand there are some issues. (Which, yes, it is a beta and is to be expected.)

You folks should do some first impression type videos. Seriously, I only saw two or three videos from today when I looked earlier. If I had the time and wasn’t going out of town, I’d do it myself. I’m on the fence currently; it looks interesting but I’ll have to wait a little bit before I purchase. Honestly just until I’m back in town, most likely haha.

I was admittedly hoping to see something moving forward as far as the base engine, having three installs is getting a little old. But, nevertheless, I’m excited for any DCS news.

Yay I finally found a an hour to fly this French beauty! Instant action missions are included, so I’m good to go.

Love it. This thing is a WVR BEAST! 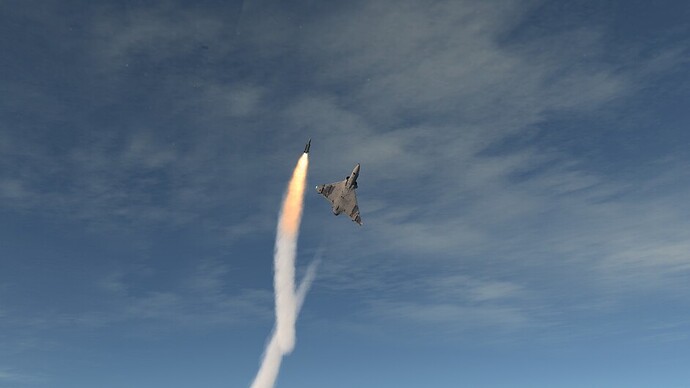 Its most definitely on my list but I think I just gotta wait till they finish it a little more.

This is me and FDunne figuring out how to fight MiG-21s with the Mirage. Trying to get him to join Mudpsike (he flew an F-15 at our DCS Fly-in) 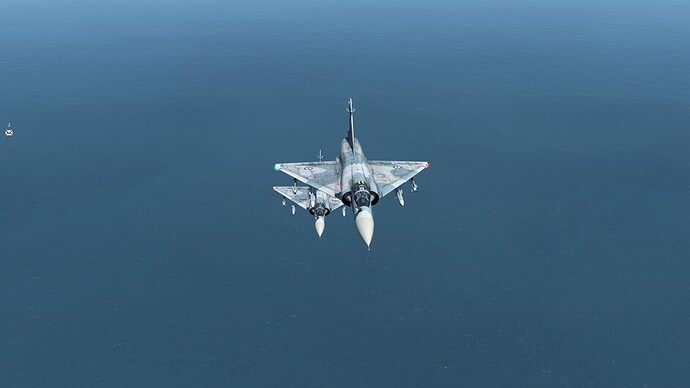 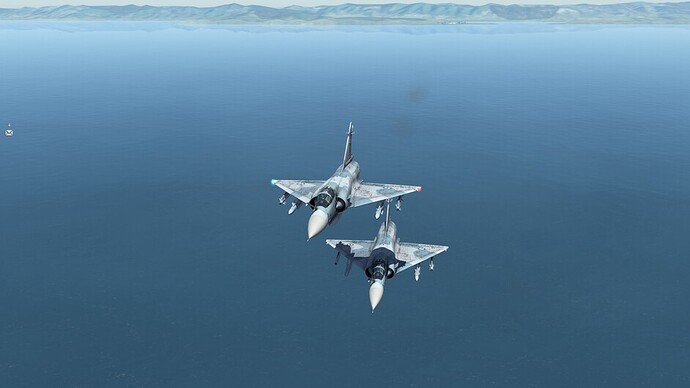 Yeah, you convinced me, I joined! Had a blast flying with you Freak!

In my experience the Mirage eats MiG-21’s for breakfast and if you can get into a Dogfight with MiG-29’s or Su-27 it will definitely give them a run for their money. It’s an incredible dogfighter

I can’t tell whether this is due to a simplified flight model or a silky smooth fly-by-wire (FBW) system, but the FM is very smooth. Turning the FBW system off leads to an unstable system, which is what should happen, so that’s a good thing, but it’s hard to really assess it as “good” without walking it through the tables.

There are some concerns on the ED forums about the flight model, especially roll rates, but it’s still just a beta release, so I don’t feel it’s appropriate to judge too harshly at this point. It’s labeled beta, it’s advertised as “in work”, and anyone expecting otherwise isn’t paying attention.

The cockpit internals are pretty beta, too. A lot of switches are still not connected, there are some systems not yet implemented, but it’s quite flyable in its current state. You can cold start it (with an amended procedure from what’s given in the included manual!), takeoff, and land it, which is all you need to really get the feel of it at this point.

The radar sort of works (I seem to have frequent issues, but I’m not sure if it’s a beta problem or a ID10T problem). Air-to-air missiles launch, track, and kill; the gun and pipper works; rockets and bombs both do their things. What more do you want?

If you’re looking for a polished and wrung-out product, however, you’re going to want to wait.

The FBW is pretty smooth yes but it isn’t an SFM, it’s an EFM. I can’t tell if it’s AFM or PFM standard but it feels pretty good. The FBW is convincing. It’ limits by G load at high speeds and AoA at low speeds and keeps you in control even at something like 100kn IAS (it feels like you’re swimming though and of course at that speed you are a sitting duck).

Overall the module is rough around the edges but it does look very promising. 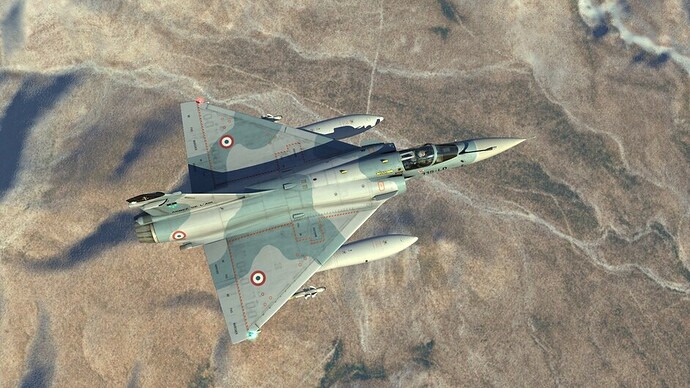 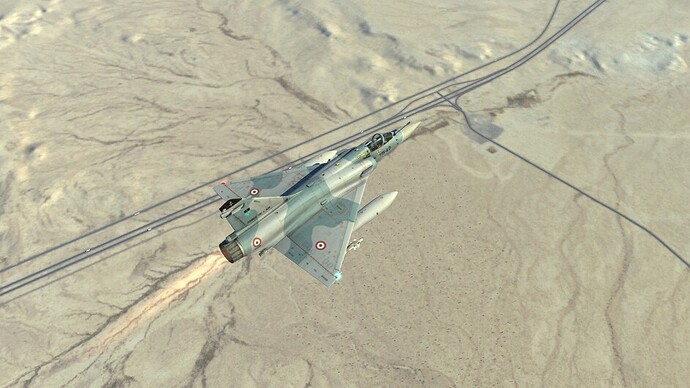 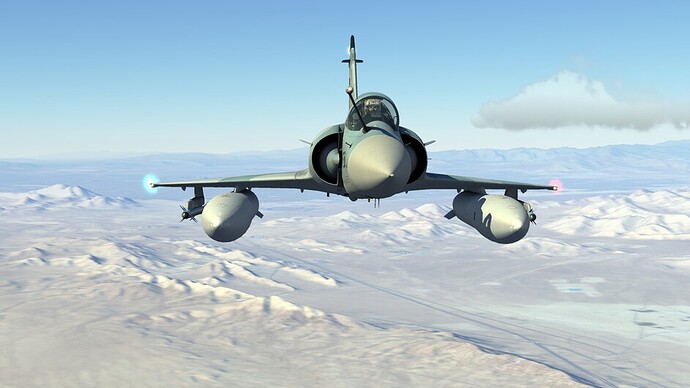 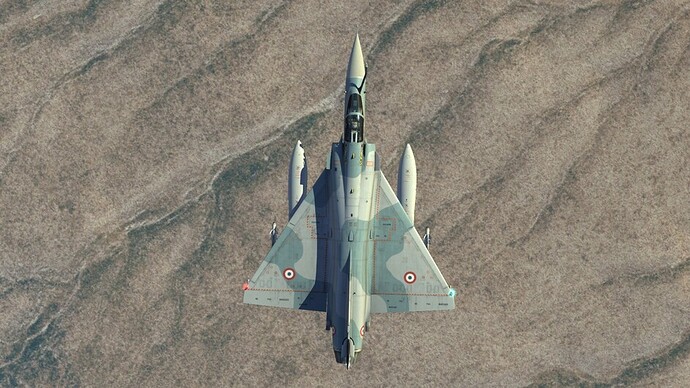 It is using their EFM. Its still needs polishing, but it isnt a SFM.

You are spot on. Quite some systems have basic functionality with some more advanced and/or less used functions missing.
As you said, all A/A and A/G weaponry is working though, and then there’s the flight model.

I personally have never really felt the difference between AFM, AFM+ and PFM, while I have quite some modules. SFM though, feels terrible to me. This product, despite the flight model being in beta, feels excellent to me: I would certainly rank it among the best flight models in DCS for feel. I have no knowledge of the flying characteristics of the real plane, and haven’t conducted any formal testing, never even compared a single thing to the known performance of the Mirage.

Keep in mind, this plane is tightly controlled by the FBW, so it will fly itself just like the F-15C (PFM) by Belsimtek. Flipping the “spin switch” (vrille in cockpit) gives away some of the raw characteristics of the airframe without completely letting go of the FBW stability.

So yeah, I am really not in a position where I’m able to judge the accuracy of the flight model, but it definitely feels great! Which is the most important to me, as it keeps me coming back to this module.

There are some concerns on the ED forums about the flight model, especially roll rates,

Yeah just read up on that. Seems to be a known issue with the control surface angular velocity limits. They are an order of magnitude too high right now.

Aww, loving this one!
Props to RAZBAM! 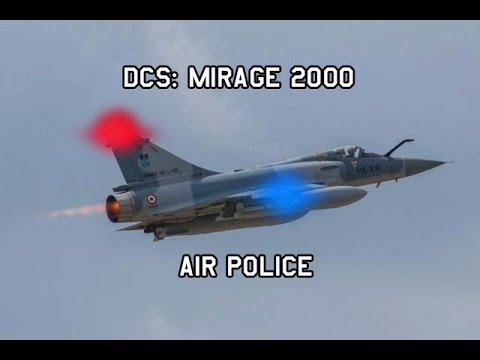