It’s that time of year again friends…We are closing in on The end of 2022.And soon DCS will launch The “New Year and Beyond “ Video showcasing their plans for new projects.
Let’s see how many of you “Vega$ Card Sharks and Prognosticators can guess or come close to guessing what DCS has planned for us on the subject of unannounced projects??

There’s going to be Bomber Eagles (Beagles) and OG Rhino’s and multicore galore! I also wouldn’t be at all surprised if we see a certain all seeing eye of sauron helicopter flitting about.

I may have missed some

Them we have the maps

All in all a good year to look forward to

Yup. Used to be a prison colony, so that figures

I’m loving it all and I’ll happily buy an extra 2TB M2 storage to be able to lay a stick of snakeeyes all over Harries’ ranch.

Australia (sorry @Harry_Bumcrack ) not really looking forward to this

No offence taken. I wasn’t going to be getting it either. New Channel map and Kola for sure, dunno about the rest that I don’t have or haven’t been released yet - Syria, Sinai and South Atlantic. Of those three South Atlantic would probably be my pick, but I will give it a while to ‘mature’ before I decide.

I’ll test all of it and all of 'em for you’se stingy lot.

Used to be a prison colony

Some would say that certain States still are… but that is straying into the realms of politics so I won’t go there.

able to lay a stick of snakeeyes all over Harries’ ranch.

Oooh is there an F-111 module in the works

Mudhen is what took over from the pig. It can pig out with the best of 'em

Dynamic campaign (preferably playable offline/singleplayer) and multi-core will be the big ticket items for me.

A big +1 from me. That is what i am most looking forward to.

As for a 2023 prediction. I don’t think we will see it next year, but at the very least an announcement about WWII Pacific, along with an assets pack (AI aircraft, ground and naval units).

And quite possibly (because of the Phantom and Spad) DCS Vietnam? It would also make the Mig-21 a ‘viable’ choice.

But indulge Me for a Minute…I’m going to ask my fellow “Old Salty Dogs” to Dig Deep and go back into that Magical Time when The Flight Simulation Craze was at it’s height in the late 90’s
How many times did this intro put a smile on Tour Face? Therefore…I Predict with the return of The Kola Peninsula, DCS will launch their New 2023 Flagship Aircraft as…
F/A-18F SuperHornet 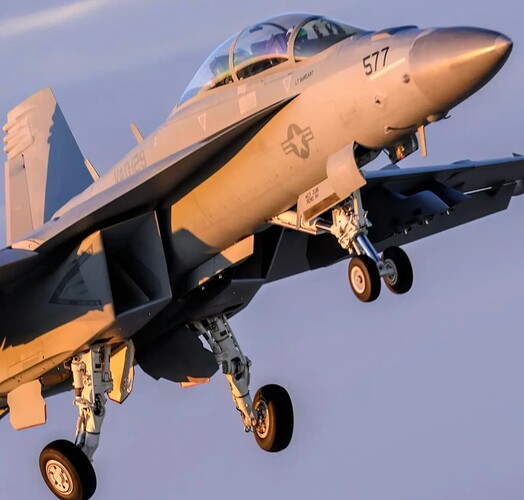 For some reason, and I can’t for the life of me explain why, but I never played Janes F18. I spent many hours with Janes F15E though.

I never played Janes F18. I spent many hours with Janes F15E

That is uncanny. I am exactly the same. The only reason I can think of is that when it was released is about the time that I started spending more time overseas in ‘exotic’ locations than I did at home?

@Phantom88 I like the way you think, but do they have enough ‘data’ to pull it off?

But I guess if a Typhoon/Eurofighter is in development then anything is possible?

I vote for Hercules. Kola peninsula and carpal tunnel syndrome for me.

Wishing for:
F-4, A-7 with SE Asia
Typhoon with Kola peninsula

I wish for a competent ATC á la Falcon BMS which I think is just excellent.
Then ofc I hope for Multicore along with a whole slew of engine improvements.

Then it’s the Dynamic Campaign, and I soo much want to see a less idiotic and way more capable wingman AI that actually does what I tell it to do WITHOUT spending 6h in the mission editor.