Hey y’all!
Now that the C-101 AFM and both versions are ready to fly I expect it to be flown a bit more often by many virtual pilots in the community.

And looking at the fictional USAF skin (inspired by T-38) that makes it look awesome, I wondered:
What other skins would look great on that bird.

So I thought about light attack aircraft and trainers and came up with these:

…and yeah this thread is also a thinly veiled request to the artists to pleeeeeaaaaase make that German Alpha Jet skin for me!!! 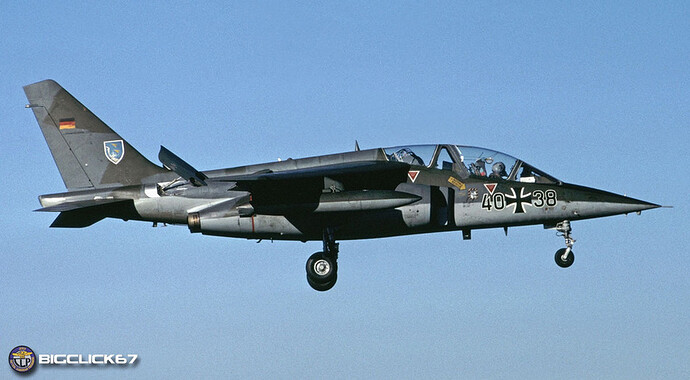 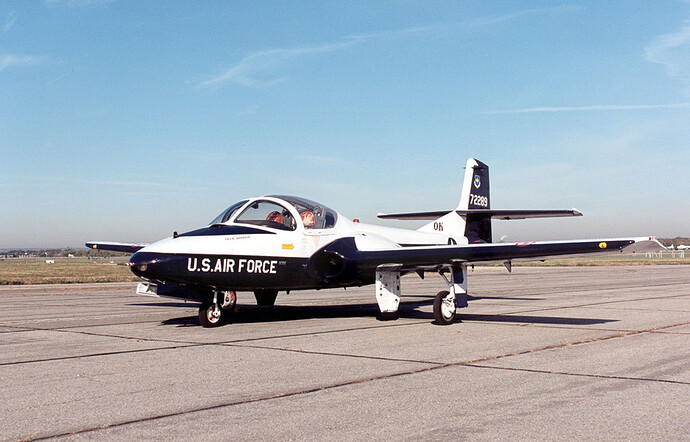 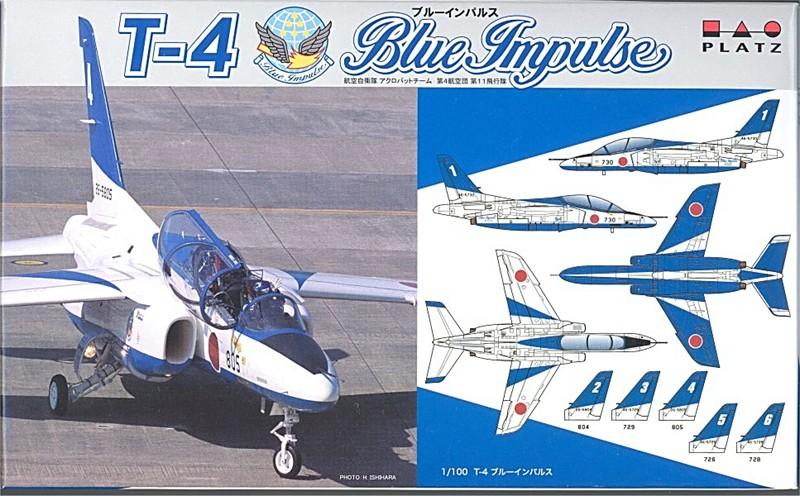 Blue Impluse T-4 scheme would be a change of pace

I might need to hire @komemiute to make me a custom Mudspike C-101CC skin. I’m in love with that little bird…!

No need to hire- just a template and we’re good.

Here it is.
But I am waiting for an answer by the devs whether this one is still working with the most recent version of the plane. 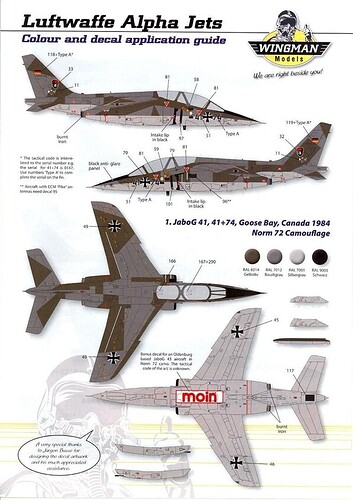 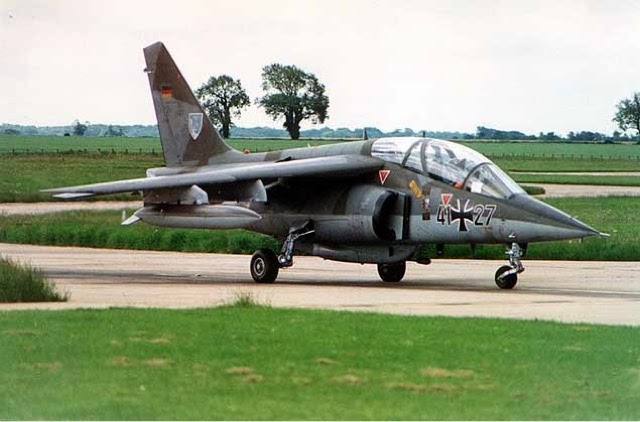 Bump because I fly the plane more often now (still training for not getting sick in VR).

Me to myself: hey, I apparently finished the commissions for this week! Now I can finally draw something I…

This thread: * Pops up back in existence *

Me after thinking for 0.5 Second: Ah! Challenge accepted!

Look, I admit it’s REALLY rough… There was a lot I didn’t really get on HOW or WHY they made some choices with the skin file…

In short it’ll require a bit of work still.

But as a first draft it ain’t too shabby.

Take some pics and let me know…

I have two microscopic nitpicks, but I might be able to fix those myself. (Lack of numerals and the flag on the pilot’s flight suit which is still the default Spanish one).

Thanks a lot!
Here are a few screenshots: 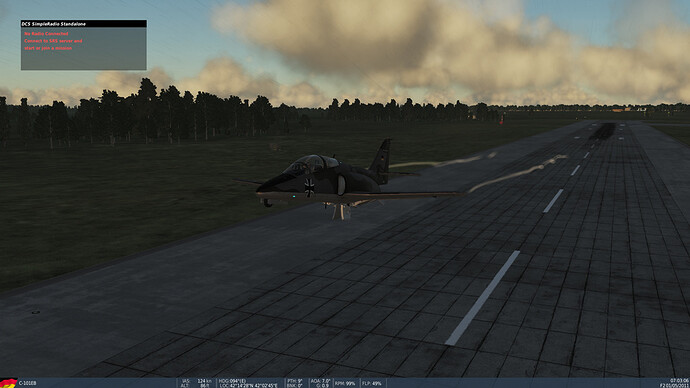 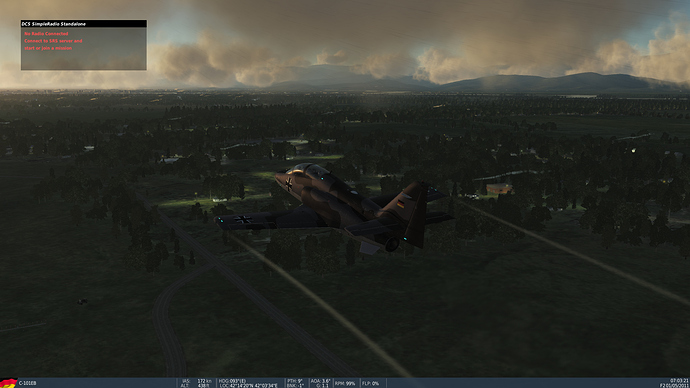 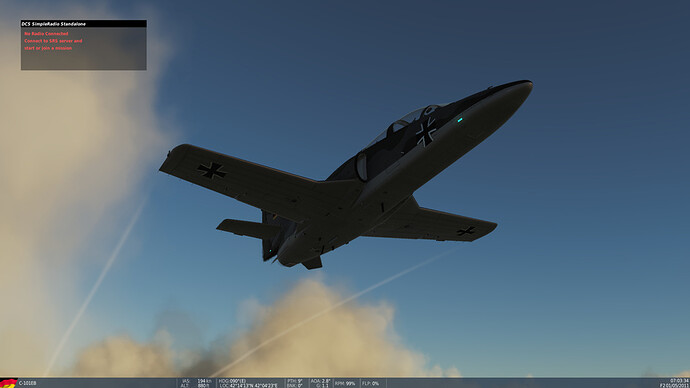 Nonono, as I said I’m still working on it!
I have also to complete the scheme as the gray/olivegreen pattern is all wrong.
has to be way more angular, so to speak.

Also I wanted to ask you if there was any specific numeral to add!

Tell me all of your nitpicking. I want to make it very nice, if not perfect.

A good squadron would be the one I posted above, the JaboG 41, so the numerals would be 41+XX where XX is a two digit sequential number that the sim or the mission designer could assign.

But if that is a hassle I’d be happy with one number, like…84 for example.

So this would be on the tail and on the pilot’s shoulder: 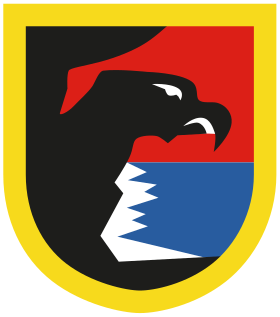 Putting dynamic numbering would take a lot of time… especially to get the number’s right position and size.
I can go for any combination of numbers you prefer.
As for the Shield for tail and pilot, sure!

Cool, then let’s just go for the fixed number “41+84” which is one that would have belonged to JaboG 41 but didn’t exist.

Hey, I noticed that in the object viewer you can have the C101 with the pointy nose…
Can you try that as well?

Pointy nose?
you mean the CC? The skin looks the same on both it seems.
In fact it is a bit weird that the EB model has the gun sight when you look at it from outside, but doesn’t have it when you sit in the cockpit. But that’s the model I think so you can’t do anything against that.

Here are two shots of the CC version. 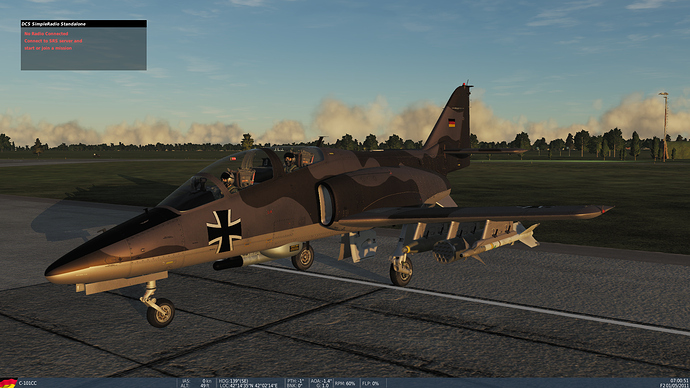 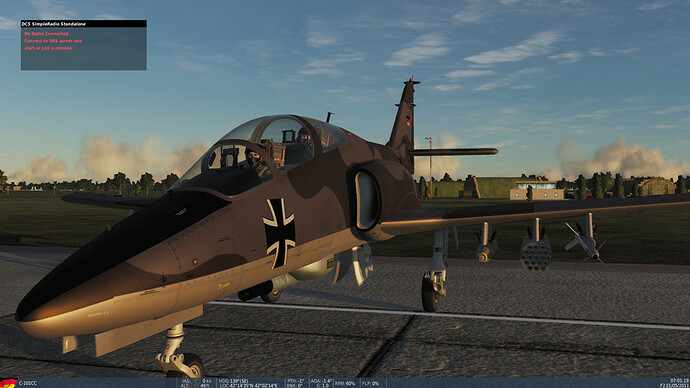