DCS Mission Submission: A day at the Beach

A Day at the Beach

This is the first mission for the planned “Time-Pilot” campaign. It puts you in an F-5E in the year 1944. This highly realistic depiction of modern air combat relies on killing as many Nazi’s as you can to receive jet upgrades. Just like in real military aviation, achieving a high score, and maximizing power-ups will allow you to progress in your career.

The campaign includes an overarching story which is introduced in the campaign description. This is not present here. It includes an “AI”, Nazi domination and multi-verses, just as in real life.

This first mission has been tested by a member of this community, but should still be considered Beta. We, (me and my kids), have had a blast making it, but are by no means experienced mission builders. Any input / critique is appreciated. Hope you enjoy!

They used Father George successfully on the Russians. With millions of Russian troops added to the Nazi war machine, they destroyed the English, the Japanese and finally the Americans.

The gas was developed in the town of Grandcamp les Bains.

Allies caught wind of Father George and sent low level precision bombing raids to level the factory and airport where the first shipment was ready to be distributed.

The raid failed. 109s and 190s were stationed at the airports of Cardonville, Cricqueville-en-Bessin Deux Jumeaux and Saint Pierre du Mont. They took off and annhilated the B-17s before enough damage could be done.

I’ve taken you back to the day of the raid. Your task is to kill as many Nazis as you can. The scientists who developed this gas are stationed at this town. If you can take them out, then our task will get easier. I don’t know where they are located, but if you get lucky, the fate of the multi-verse will brighten.

An early group of victims, called “Juggolos” are waiting on the beach just to the right of the town. Destroy them! If any survive, the gas might be reverse engineered from their blood.

Use the smoke as a guide for enemy concentration. I have expended massive energy to make you invisible to the enemy for 8 minutes. After that, they can see you and shoot you down. Make the most of it!

I recommend hitting the beach first, then looping around to the airports. From there, go after whatever you see fit.

The more Nazi’s you kill, the more history will change, and the greater my power will be to reach forward in time and give you more advanced jets.

Kill Nazis! Use the smoke as your guide. Take out as many parked planes and soldiers on the beach as you possible can!

This is a cool concept. The rivet counters may protest (spoiler: they have already on the DCS forums), but I say use the sandbox to its fullest extent!

I couldn’t comprehend why any realism buff would complain. We meticulously researched the source material to portray a Tiger II blowing up Nazi’s exactly as it occurred in an alternate dimension

Seriously, this just needs to exist. We’ve tried to do a good job of it and have learned quite a bit. Next mission is in an A-10C (or Hornet depending on how you do) and we expect improvements as we progress.

I’m debating whether to post this also on DCS forums, but am concerned that potential hostility would discourage the kids. On the other hand, could be a good teaching tool…

For now at least, Mudspike and Q23 is enough. Cheers!

Good call on not taking this to the DCS forums (just yet). I haven’t gotten around to flying this version yet, but am about to. You guys still having fun making it?

edit: I just got back from flying it:

Holy heck this is fun! The voice overs are great! Having the little girl voice the mission giver is a fun idea. She does great at it too, with just the right amount of glee at your nazi killin’

I scored 69 in the end, could have done better if I hadn’t blown off my left tail surface in the initial bombing run on the beach juggaloes. It’s good that you can go in the mission planner and edit your loadout. I put on more rockets instead of the cluster bombs and blew up some of the static planes with them.

Might it be possible to re-arm the plane in the air? Say if you are within the time limit and have not scored enough to qualify, might Xandra take pity on you and give you a fresh load?

The FPS problems are almost licked. It still is a heavy bugger of a mission, but remains playable all throughout. (My rig is a gtx1070, I7 4790K, 32gb RAM)

It’s a lovely Idea and I’d LOVE to see more of these!
If I may ask one thing- since I don’t have the F5 could it be possible to swap it with another?

if you think it can be done, be able to select any of the modules.

I know, it gets a bit less credible like this but … you know…

EDIT: I read it all better now and I see the “progression” part!

Nice idea! Looking forward to next one.

Might it be possible to re-arm the plane in the air?

Let’s not get out of hand here…that would requires some serous wing walking on the ammo supply plane and given the F-5’s stall speed ,would probably blow the ordinance men off the wing…an A-10 yes, aerial rep-weaponing not a problem…but an F-5E…that’s just crazy talk!

Let’s not get out of hand here…that would requires some serous wing walking on the ammo supply plane and given the F-5’s stall speed ,would probably blow the ordinance men off the wing…an A-10 yes, aerial rep-weaponing not a problem…but an F-5E…that’s just crazy talk! 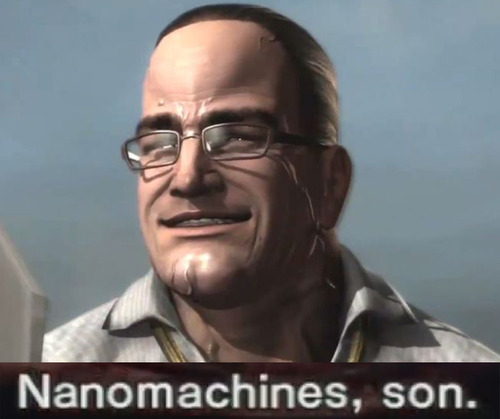 Might it be possible to re-arm the plane in the air? Say if you are within the time limit and have not scored enough to qualify, might Xandra take pity on you and give you a fresh load?

Easy way would be to set the jet to client, then using a gentleman’s agreement, respawn only if you have enough points.

You could also use scripting to create a system that kicks a player out of the slot based on score, but this isn’t meant to be an exercise to traumatize the kiddos with lua.

Here’s as good as reason as any for getting that sweet little jet. I’m surprised you didn’t already own it!

Here’s as good as reason as any for getting that sweet little jet. I’m surprised you didn’t already own it!

Soon as they ditch Starforce and migrate it to the new DRM, I’ll have it.

You could certainly crack into the mission and plunk in the A-10 instead, but balance would really be screwed with that. I will say, one of the funnest parts of building this thing was learning the F-5. It really is a cool jet and is right up there now with my favorites. Wholeheartedly recommend it…

@schurem I did actually look into rearming as a powerup. It doesn’t look like that will be possible though in-mission (aside from the multiplayer tricks stated above), and unlimited ammo will have to be set from the beginning. We do have plans for that, including a Hornet maxed out on 120s and 9xs, waves upon waves of 109s/ 190s (and hopefully new WW2 assets) and a certain timer. THAT will be loads of fun getting a high score.

Speaking of fun, yes, we are still having a blast with this. With school starting and an extremely challenging job (global graphics technology director) I lost a good bit of sleep last week. Most of that was learnings though. We especially had fun mixing the sound with Adobe Audition, but it took a long time to get the right formula. The voices are my two kids. I hope we got the “voice on radio” effects right for him, and the “freaky Shodan-esque AI” for her.

I know it isn’t practical, given the licenses needed for the whole campaign, but we are looking to do this right, including custom artwork for the briefing images. Life will certainly get in the way, but the hobby is just insanely cool and I’m confident we will get through it eventually. The Hornet may be done by that time, and I’m really hoping more of the WW2 assets will be in place to use as well. I’ll keep you all updated as it seems there is interest, which is really gratifying. Cheers all.

given the licenses needed for the whole campaign, but we are looking to do this right, including custom artwork for the briefing images

re artwork…I use fotolia to purchase images, drawings, etc. for my commercial work.

At this point I am required by Mudspike guidelines to state that the next words will be about my commercial “enterprise”…if one can call me, my wife and one of our cats and enterprise…but I do make (some) money from it.

If you take look at the esci Flightsim Publications website, you will see some of the artwork-mostly drawings-that I have purchased. An example is the Condor logo for the “Alpine Condor” tourist helicopter in the simNovel “Pilate’s Ghost”.

They use a credit system and you can select image sizes (lower quality = fewer credits). They also have video, music and sound effects. I think they are moving to another adobe system in the ext few months - haven’t tried that one yet.

We’ve been building and polishing Time Pilot. We are up to mission 6 and have learned boatloads since this one was posted. In fact the published version on this board has a serious flaw which destroy frames. Was probably too enthusiastic posting early and would hate to create a bad impression. Is fixed now, but doesn’t look like I can edit the post at this late date, unless I’m missing something silly.

In case it is there for posterity, hopefully folks read down to this message. I’ll repost once we have finished fleshing out more chatter, the quality which we do like, but needs more. We are still extremely excited about the project. If you have seen and enjoyed season 3 of “Man in the High Castle” we think you will like the Time Pilot story. Surprisingly similar… Once again half a step behind, damnit. We had this thing specc’d before the season came out.

Cheers all and happy simming.