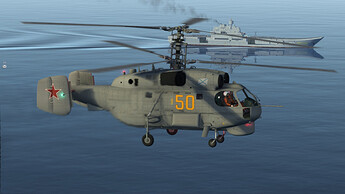 The wheels of conflict continue to turn, and it seems the Russian Federation must impress the nature of the world upon the wayward Georgian Republic.

Elements of the Fleet Air Forces and Frontal Aviation will undertake a new regime of attacks to cripple the Georgian Air, Naval and Ground forces. Our part in this task shall be striking the main Georgian naval port of Poti, where the remnants of their fleet are currently docked.

Elements of the Kuznetsov air wing will take part in a strike upon ships anchored at the Port of Poti.

Civilian Air Services have not as of yet stopped, so be sure to check your targets.

Get out of here, Stalker

Our efforts to punish Georgia for whatever it is they did this week continue. Following our successful strikes against the Georgian Navy, efforts will now be made to damage their main air base in western Georgia.

(note. I haven’t tested this thoroughly, things might (will) break. Let me know if they do).

Elements of the Kuznetsov air group will take part in a large scale OCA strike against the air base at Kutaisi.

Like last time, the package will form up at the tanker, orbiting way-point one. Refuel, and tell the package to push using the F10 Menu. From there it will ingress across the Georgian coast north of Poti, and follow the Rioni river to the target.

The enemy fighter threat has been confirmed, intelligence has identified a number of MiG-21 and MiG-29 type aircraft, and has found evidence of limited numbers of Mirage and F-16 type interceptors.

Of note, tensions with Turkey over our punitive expedition have been rising. Turkish cargo aircraft have been tracked delivering none lethal military aid to the Georgians, using the base at Kutaisi as their primary entry point. The Kremlin is trying to disentangle the wayward turks from this cause, do not make this task more difficult by foolishly shooting down a turkish aircraft.

Repeat. Do Not. Engage. Turkish Aircraft.

Bozhe Moi. You get bored, you try and stretch your legs as international super power by beating up little crap neighbor, and suddenly entire world is upset with you. Now the Turks are overtly aiding the Georgians, these Amerikanski Cyki are shadowing our every move, and Ukraine are calling us funny names again. Blyat.

The Turks are attempting to send a major shipment of arms to the Georgians via their port at Poti. We will sink this to show them who are really the big men.

A flight of Su-34s with SEAD provided by Su-24s will attack this Turko-Georgian fleet in the eastern Black Sea. They will strike the escort ships, then friendly naval vessels will close to finish the job with missiles and gun fire.

Rendezvous with the Su-34s at waypoint one, tell them to push (F10 menu), make sure they don’t die. Deh? Deh.