(This mission was submitted elsewhere but I felt it to be bad forum manners to refresh that thread every time I updated the mission. Thus the new thread here.)

The outstanding new PFM flight model for the Su33 and the associated shipboard friction improvements made a need for a place to practice the new features. This began as just a Carrier (the Admiral Kruznetsov) and an IL-78m Tanker orbiting to the north. I have since added more stuff. You can either play the mission single player or host it for as a small co-op with up to 11 clients. If you just want to play around the boat and tanker, the bad guys to the north will patrol and bomb without harassing your flight. Should you wish to kill something, fly north as directed by AWACS and the fight will be on. The 2 Mi-8s can either play around the boats or slingload supplies back to the group.

Two adversary flights of F-15s and A-10s will launch from Sukhumi and patrol west. Once they are down (killed or landed) two more will launch (F-16s and A-10s).

A few enemy vehicles are on the main road NW of Gali (Red Bullseye).

Be respectful of landing zones and the launch ramp when considering where to release the cargo. 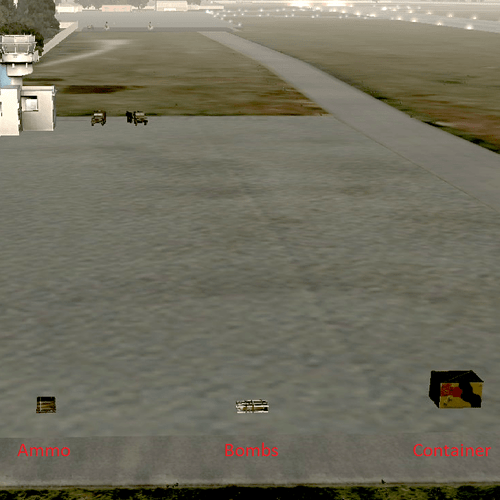 The mission is yours to do with as you please. You may edit it, curse it, host it or redistribute it as you see fit.

EDIT: Updated mission (v.3f)
+Changed enemy Fighter Sweep ROE so that they don’t go after distant AWACS
+Changed position of AWACS so that the enemy flights are not in constant sensor range.

Wow, cargo ops for Mi-8 while Su-33s are taking off, damn this looks good!
I can’t wait to fly this in multiplayer.
Can someone host this for an impromptu event over the weekend?
I hope I can free up some time for this on Sunday, early afternoon EU times but my internet provider won’t let me do port forwarding.

I should be around tomorrow to host. Today as well (maybe). A word of caution, I did notice as Bogusheadbox was lifting his attached cargo that it suddenly shifted 10 feet and imbeded into a fence, destyoying the load. This sort of thing may explain why we rarely see sling ops in multiplayer. I have since moved to loads to a different spit on the ramp.

If I do host, I will be on our Teamspeak.

Whilst i thought i was quite stable, it could have been me @smokinhole, those crates were close to the fence.

I must say though, of all the missions i have played with cargo ops, i never did “propper sling loads”. That was far more intricate, realistic, and exceptionally more rewarding doing that.

If i can add a little suggestion. Is it possible to add assett tracking to the ships in that mission.

I.e. the Kutz has x amount of fuel and weapons of various types. The more SU33’s that crash and respawn, the more of those assets are used. Its then up to the Mi-8’s to resupply Kutz (and or) frigates to keep them in the fight and able to supply the new planes.

Gives Mi-8’s more of a reason to do their missions and puts more emphasis on their transport roles. Maybe split up the resupply points. Fuel resource point, various points for different weapons etc.

I looked into your suggestion Bogus. I can’t find a way to do that with the basic trigger system provided by the editor. It is certainly possible with LUA script but I wouldn’t know where to start. The DCS wiki has nothing that I can find about LUA entries for unit properties.

Beyond my own lack of ability with the editor, I don’t want to force users into a grind where somebody must do X in order for the team to have Y.

Played this a bit now (to try to embarrass myself less in MP and at least work out what the Russian missiles can do) and it’s fun. A couple of questions:

Thanks for uploading this btw, it’s great fun.

Thanks FF! So the “…” is a one of several placeholders that let me know that a comination of flags had become true. I forgot to remove them. But it means that all of the blue planes have landed or been destroyed and, since that is unlikely, it means I have screwed up. There is no flow to the mission. It started as a place for us to practice with the new Su33 and morphed into the odd mess it is now. I somehow wrecked my DCS install screwing around with some LUA files trying to figure out how to trigger a resupply of the Admiral K. I have managed it as a single ship by taking out the A-10s by firing and running away, rinse, repeat, and eventually getting the F-15s. You might be able to drag them into the carrier group’s missle range. Then landing, rearming, tanking and take out the wharever is left. The A-50 should be there for the duration but it doesn’s see everything. I had to keep it far enough south so that the F-15s would be tempted to leave their CAP to come and get it. Don’t think of it as a mission so much as a little platform from which friends can get together to watch each other struggle with funny Russian equipment. 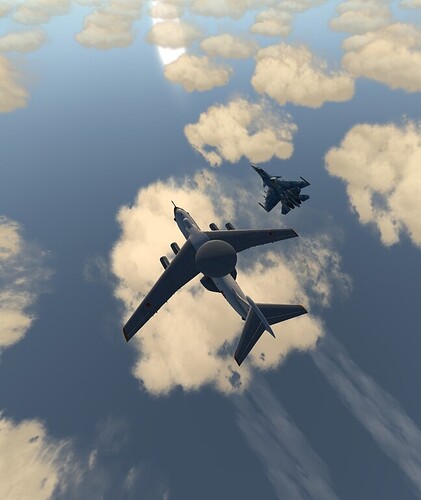 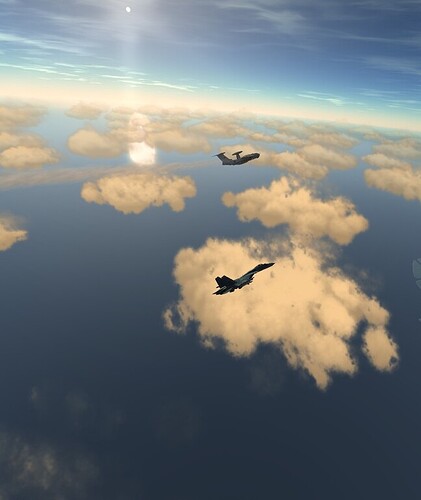 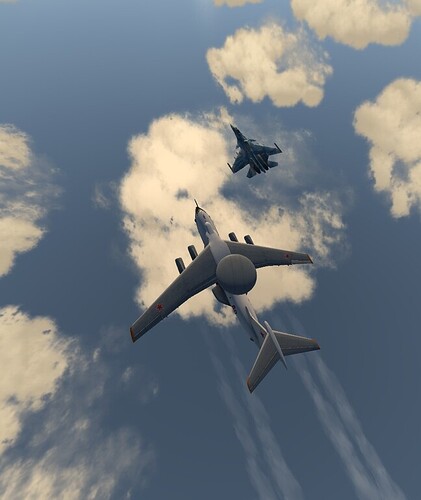 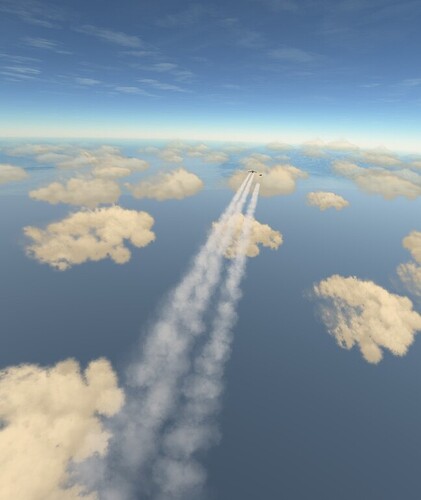 @smokinhole, just checking if you have removed those wonderful cargo ops for the mi-8. We recently downloaded your mission and there were no crates and no spawning enemy aircraft. Maybe dud download on our side?

If I did, not intentionally. I will check later this morning.

Edit: They are there. Look for them at the middle ramp. I have added a photo for clarity to the OP above and also to the briefing panel. The ramp at the top of the panel is where the Batumi based Hip and Su33 are parked.

The enemy planes takeoff from the ramp and are not detected until about 8 minutes into the mission.

Thanks @smokinhole, yeah they are definitely not there, must be borked download on our side, will re-upload.

I haven’t played in Multiplayer since you and I flew. I will host now to check. Thanks for pointing it out!

EDIT It works for me in Multiplayer as the host. That’s weird. Please let me know if you have anymore problems. I really want it to work as advertised and learning to use the Mission Editor is almost as much fun as playing the game.

I’ll download and am keen to try. This mission has been useful to me personally, so keen for others to add more. I’ve created a sticky with a master ‘missions list’ topic, so hopefully that gets used. We need @Fridge and @near_blind just to put some simple ones up.

HA. All of my missions are in a continual state of almost completion. I’ll go through my library once I get back from the movie tonight and write some briefings for the most viable.

Thanks. I mean this is all just an experiment anyway. Whenever I play your missions in MP I am amazed by HOW MUCH IS GOING ON, so if I can humiliate myself putting my sad Huey one up then I’m sure people would be very happy to see whatever you have.