Hard to find a bad angle of that Mirage. What a sexy airplane…

What a sexy airplane…

Damn right it is, although it will have a hard time competing with the Viggen once that is out, we can have a parade of delta wings with the Mig-21 included! 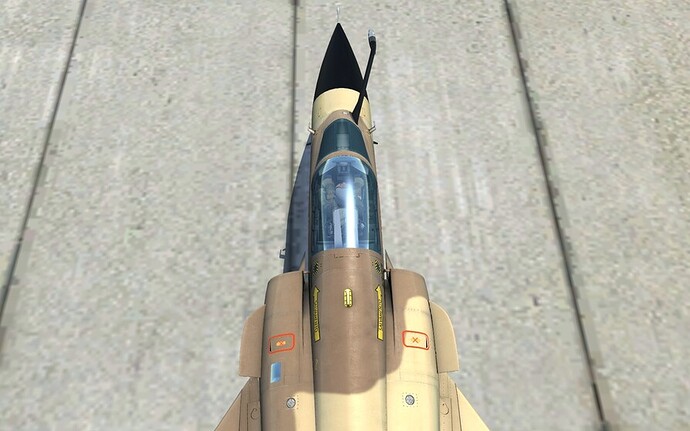 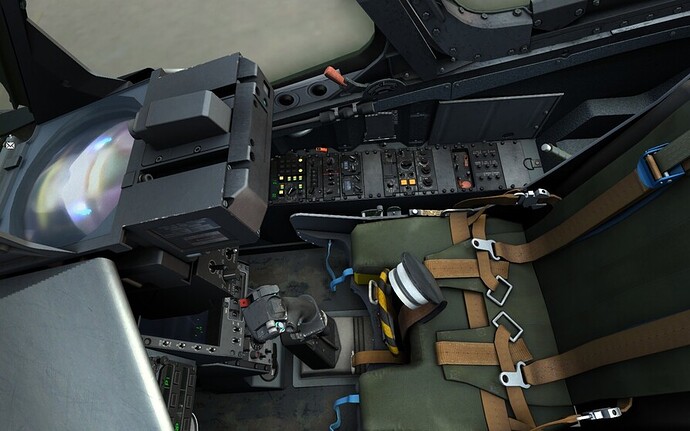 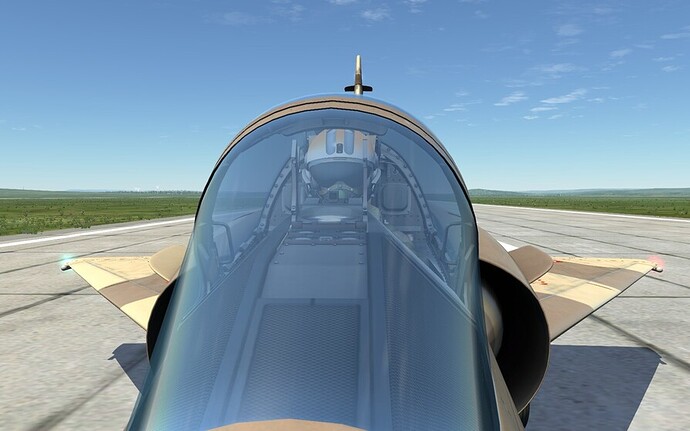 After seeing the video that @Tyco posted last night, I decided to break out the ol’ Su-33 for some carrier ops. Shot four takeoffs and landings… kinda scrapped on the last one but the plane survived lol 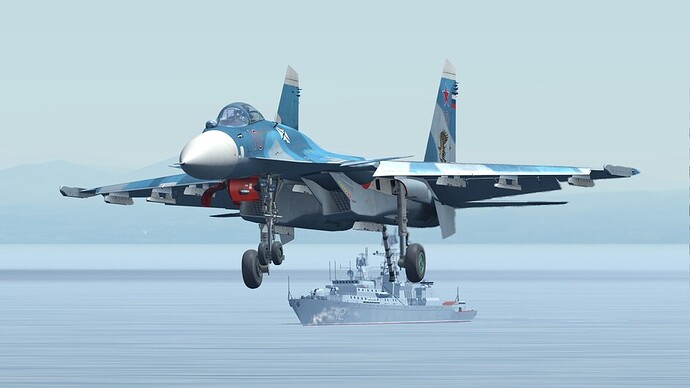 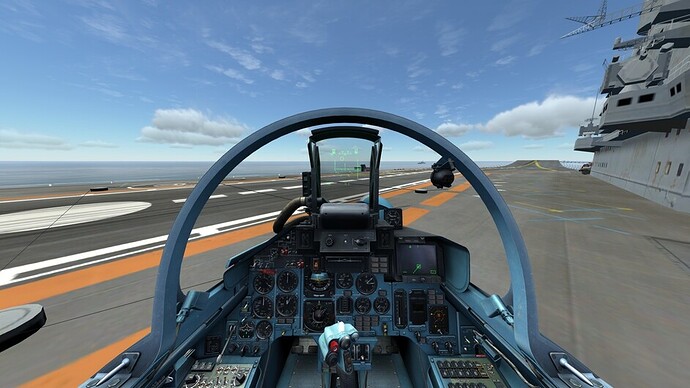 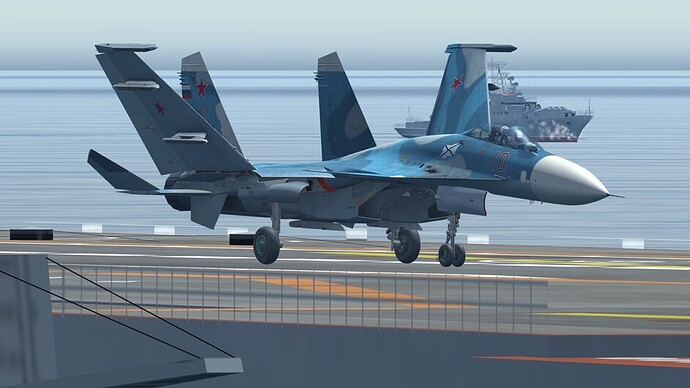 I can’t wait for that new kuznetsov model. I’ve always liked the 33.

The Soviet backed goons on the other side of the border have gone the extra mile and brought in Soviet “advisors” to fly for their air forces.They have MiG-21s and 29s on their side of the border. The media says we’re outnumbered and outgunned. Soldier of Fortune even said we ‘only’ had F-5Es. Well, a fancy Air Force counts for little when it’s destroyed on the ground after fighters enter your AO. Fly low, hit hard. 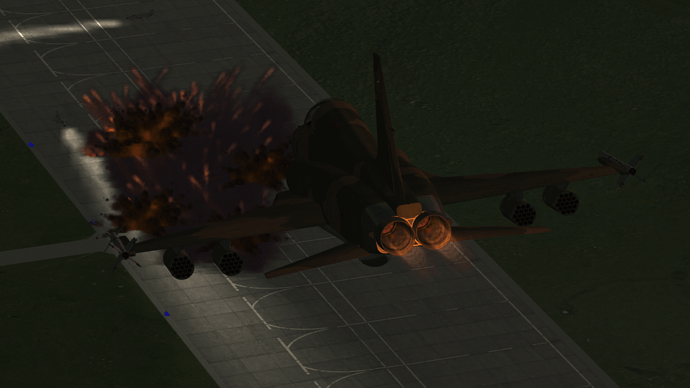 There wasn’t much left of that base after we were done. 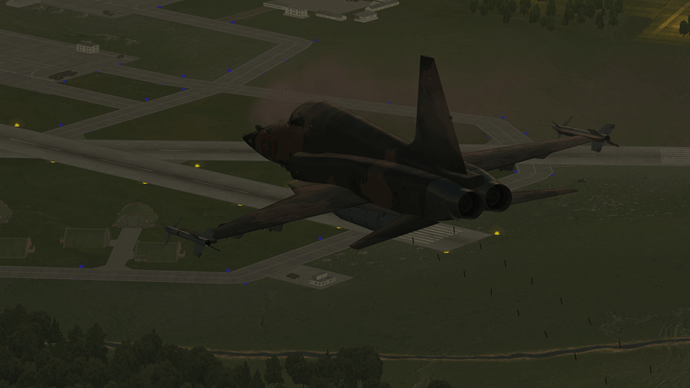 Discretion is the better part of valor. 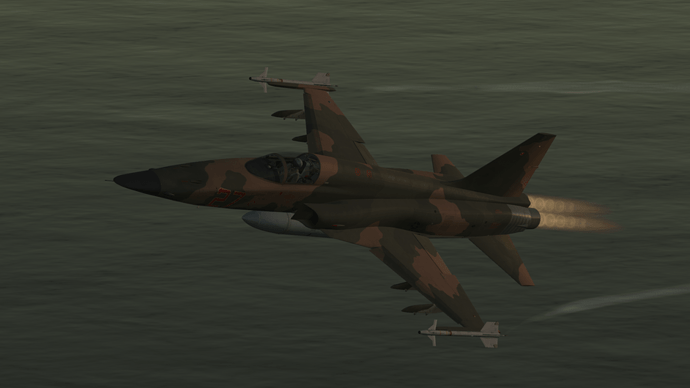 The next morning, spotters on the border sighted Tu-22s and MiG-29s escorting. Once again, we ‘only’ had F-5s.

The tail gunner actually knocked out my right engine, but the asymmetric thrust isn’t so bad in a configuration where they’re packed together like this. The Tiger II is a superb light fighter. I’m sure the Soviets lack anything to match it.

Meanwhile, over the Indian Ocean… 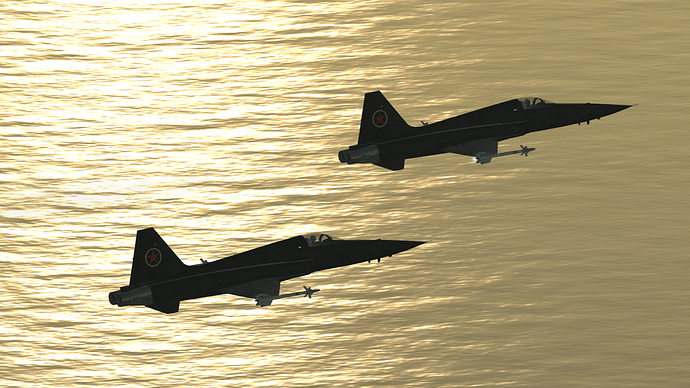 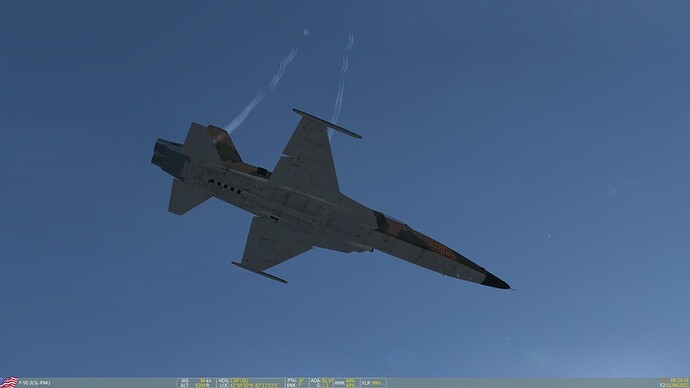 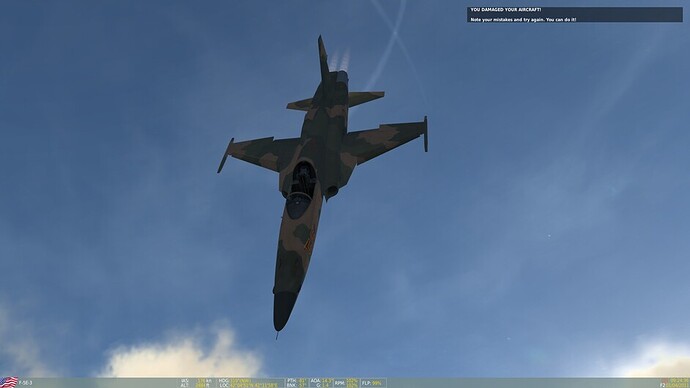 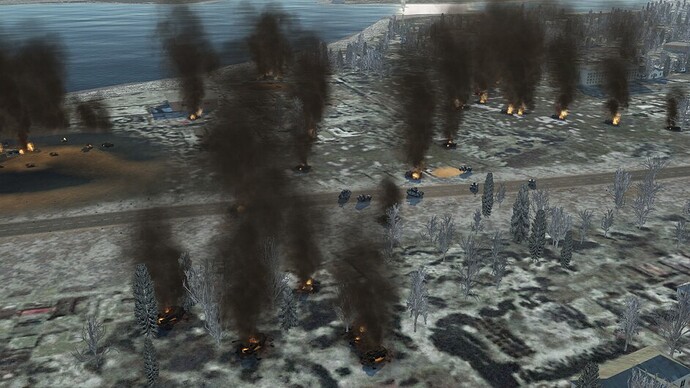 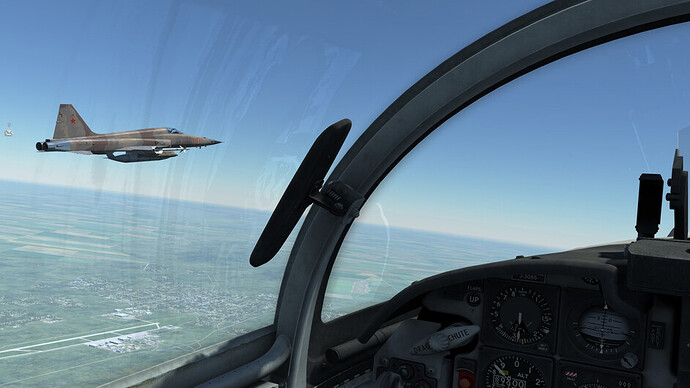 I don’t own it yet, but had a quick look with Nevada. 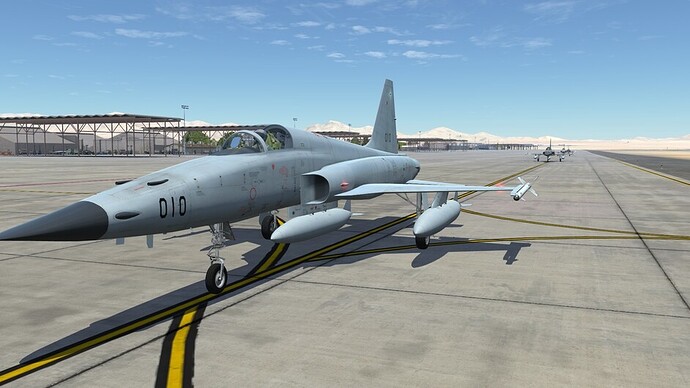 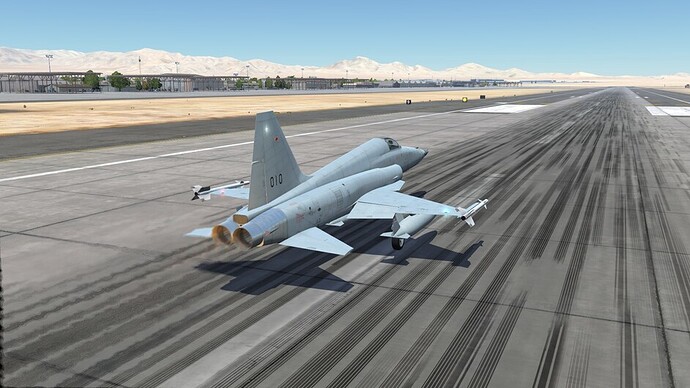 I finished packing this morning to get a quick start tomorrow. I will visit some relatives in northern Germany today but at this point I just want to fly some DCS before I have to start working on Monday. Is that weird?

Right now I’m just watching DCS Videos and going through some of my older sreens on my laptop while waiting for the train: 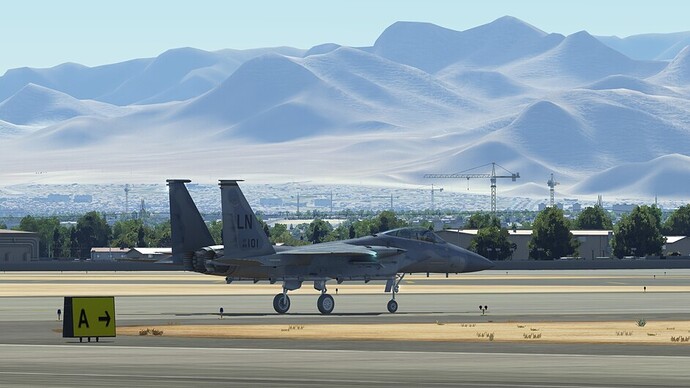 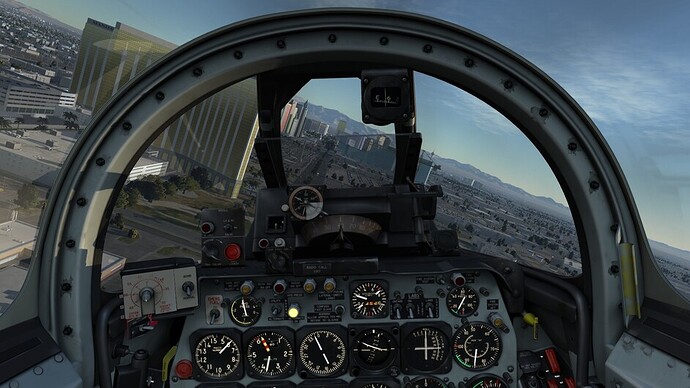 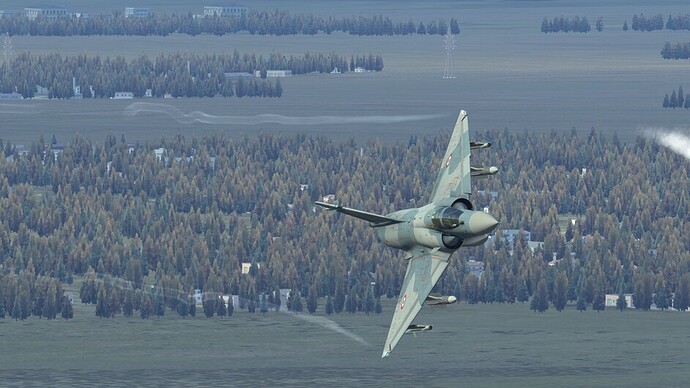 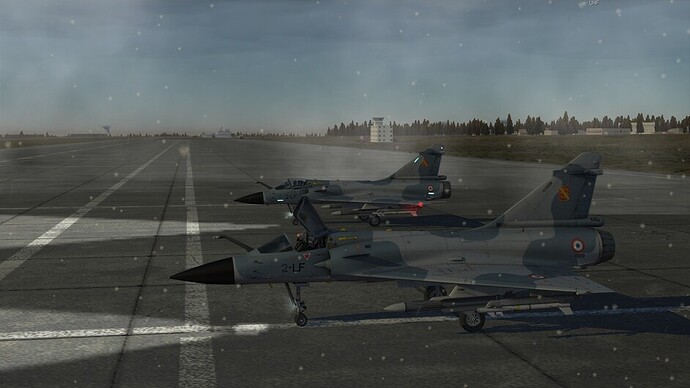 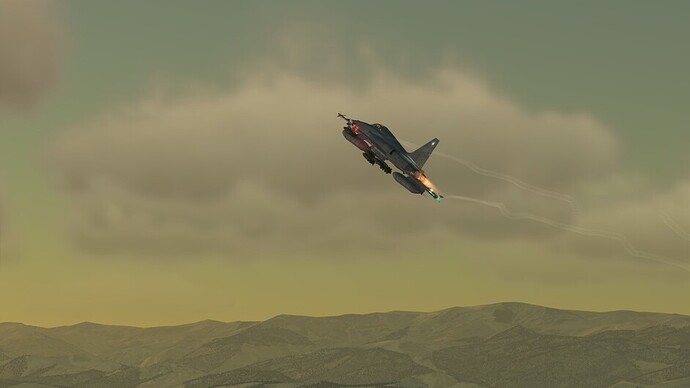 Those are some great shots…

That’s a gorgeous background to a beautiful F-15C in that 1st shot! 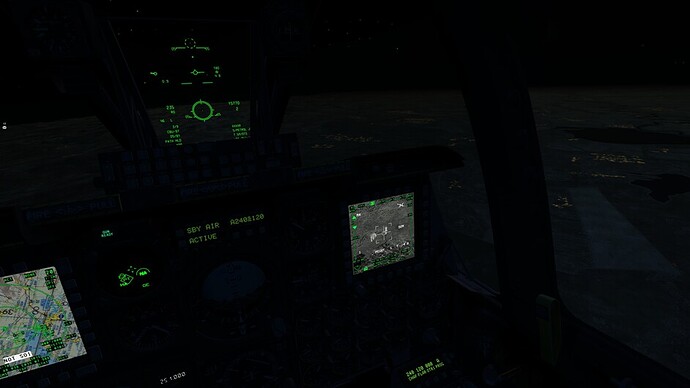 After @komemiute finished my personalised Mirage skin, I wanted nothing but to get back from vacation ASAP.
Today I could finally fly her for the first time.

What a beauty! Thank you so much for making this @komemiute ! 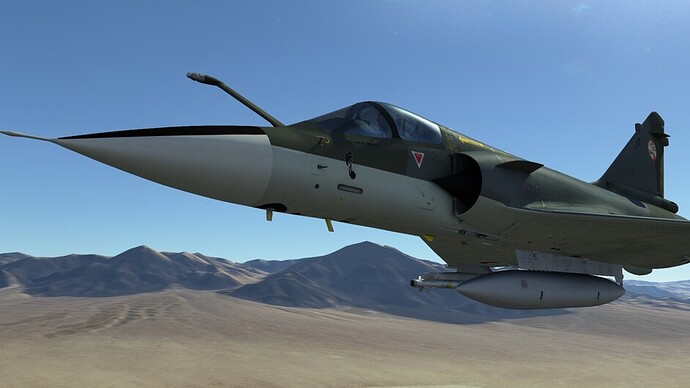 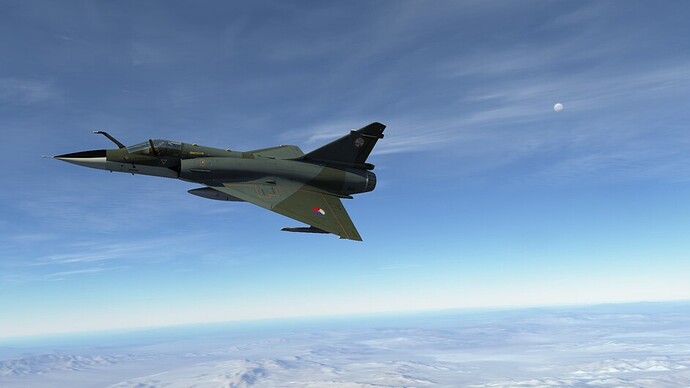 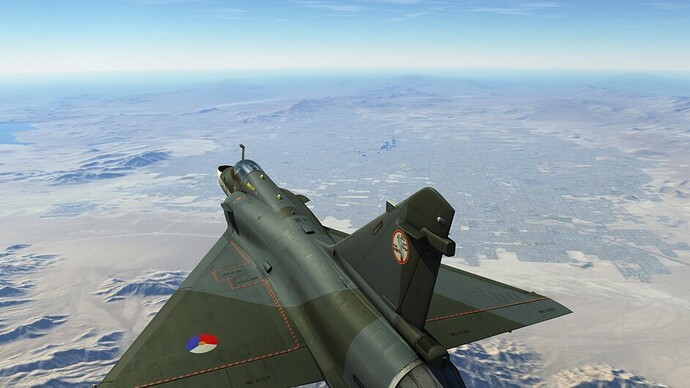 That’s a beauty…! @komemiute has some insane artistic skillz… I can’t wait to see my Ka-50…

Plus my Huey skin.