It’s a pity that Cyprus isn’t in the mix. RAF Akrotiri would be a very useful base for this region.

Read it. Cyprus is the stretch goal. We all buy the map in sufficient numbers, they’ll be able to invest the time needed to add it. 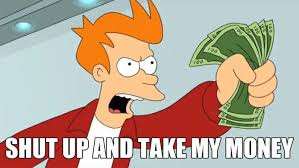 The historical battlefields of the Golan Heights, the Bekaa Valley, Ar-Raqqah, and more are represented.

Interesting! That stood out to me from watching Greatest Tank Battles.

Many, and they include Army bases, munition depots, power plants, factories, ports, Petroleum Oil Lubricants (POL) facilities, and command centers. It is very much a target rich environment.

This will be something very nice to see, I am hoping this works well towards mission design such that we can vary things up from jury-rigging together watch towers, armed houses and road outposts.

So I guess the map cuts off west of Batman AB in Turkey. Oh well.

If they do bring in Cyprus…reenactments of the BAB (Beirut Air Bridge)!

Beirut Air Bridge 1984-1998 - Provided administrative and logistical support the US Embassy in Beirut. The Air Bridge provided the only safe mode of transportation for US diplomats between Larnaca International Airport, Larnaca, Cyprus, and several landing zones in the greater Beirut area. UH-60 "Blackhawks" from C Co 7/158th Aviation Regiment, 12th Aviation Brigade, V Corps, from Wiesbaden Air Base and Giebelstadt Army Airfield, Germany, provided the "Air Bridge" to the US Embassy in the war-to...

The BAB was a bit more exciting than the Wiki article indicates.

I remember when they lost a crew one night while I was there. Very upsetting. Hard to believe it was 25 years ago now.

Read it. Cyprus is the stretch goal. We all buy the map in sufficient numbers, they’ll be able to invest the time needed to add it.

I think every map has had some sort of expansion at this point, not to say Cyprus will make it ever, but you can almost count on some additions after the fact like a rock band coming out for an encore

A line has to be drawn somewhere, and wherever you draw it, it will be just short of someone’s point of interest. I was stationed at RAF Akrotiri for 3 years back in the mid 90’s…so I’m kind of biased

. Cyprus or not, I’ll be buying this one.

For the Millennials in the group…it used to be that when at a concert, you used to call for an encore by raising a (lit) lighter…yeah, I know its the light on cell phones now…just isn’t the same…

…“I told you to get off my lawn you darn kids!”

For the Millennials in the group…it used to be that when at a concert, you used to call for an encore by raising a (lit) lighter

You told us we couldn’t have lighters or we’d burn ourselves.

It wasn’t just for encores. I distinctly recall the lighters coming out after Paul started the first chords of “Let it Be” in 1990.

I also remember a solid concrete stadium bouncing when he started “Can’t Buy Me Love”… It was a little alarming.

I distinctly recall the lighters coming out after Paul started the first chords of “Let it Be” in 1990.

I never knew that @PaulRix was a such a popular singer!

You should see him dance!

Ouch…I laughed. so hard I hurt myself.

Seeing me dance would not be a pretty sight!
I am however the worlds greatest singer, but it only seems to work in the car, when I’m alone with the volume turned way up…

but it only seems to work in the car

For me it happens when I shower. Put a jet of hot water on my neck and I instamagickally transform into Pavarotti.

In high school I actually sang, on stage, in front of people (Fiddler on the Roof)…yeah…the critics were kind but…

Someone get to working on a F-16 Iron Eagle Campaign…