I wonder how large the DL for Syria will be.

The Black Sea is only 16GB, but PG is 33GB and NTTR is 34GB! Hard to believe it’s actually 1GB bigger when it feels smaller, but that’s the lack of water I bet.

I briefly had Normandy during the free trial period and I thought it was in the 20’s but I won’t swear to it.

I think some of that can be blamed on unique non-core objects. Caucasus is a core map so all the assets, etc. can be part of the core, but both PG and NTTR have their own unique object sets.

Would be kinda nice if all those assets fell under the main asset store, even if they are only used on one map. Then possibly you could have them as static objects and create fictional towns (although, you’d lack roads) - or add another building here or there that blends with the existing structures.

I have all the terrains and most of the aircraft plus CA and WWII asset pack. My Instal atm is 205GB Much more of this and my 1Tb Evo will be a standalone DCS drive

My solution to the map size issue…delete XP11…there’s closer to 1 TB right there!

As someone with no civilian FS installed at all, doesn’t help me!

I do have CloD, BoX, EECH, RoF, Strike Fighters 2 (multiple modded installs) and over a dozen other games, though.

Now I am happy about it

(jumped on DCS only recently)

Really depends on the mission. I’ve done a short Ka-50 hop in the Black Sea with limited ops outside my flight and I don’t breach 40%. Then I do a mission on PG with multiple flights and ships and ground targets and it’s 75%.

DCS really cares about how complex a mission is as far as RAM footprint.

It seems the map is getting embiggenizered before it’s even in our grubby hands. RAF Akrotiri is happening baby!

Edit: Look at Wags’ map view and trace the Northern coast on this map highlighting Cyprus (from Wikipedia): 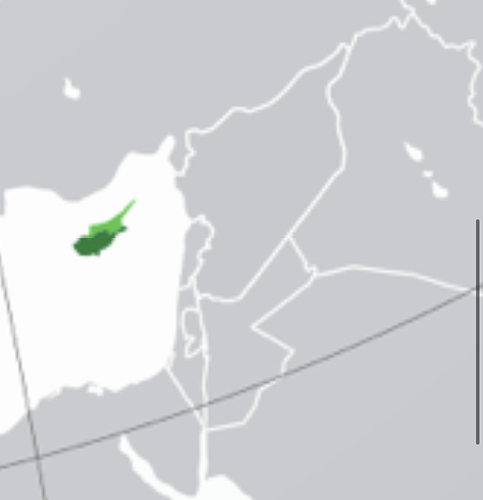 Back in the day (1986-87) that was the position of what we unofficially referred to as “Bagel Station”. The carrier would “MODLOC” around that point while we flew missions off Lebanon. Far enough away to keep out of or intercept any threats; close enough in to fly without too much tanking. My carrier never saw any real action…intercepted a CBS-chartered Kingair once…that was about it.

Which is just off shore of Beirut. Bagel station appears to be North East of where a line South from Larnaca, Cyprus and West from Beirut would intercept over water. So getting all of Cyprus puts that definitely on the map!

My sister was on her first tour with UNIFIL, back then.

Yikes…it was much safer out on the water. Thank her for her service.

This is my first proper look at the map. How far down does it go? MAN! I cant wait. MiG-17 Confirmed!

Where did you get that? Did I miss something?