I’m for this as long as it doesn’t get abused. 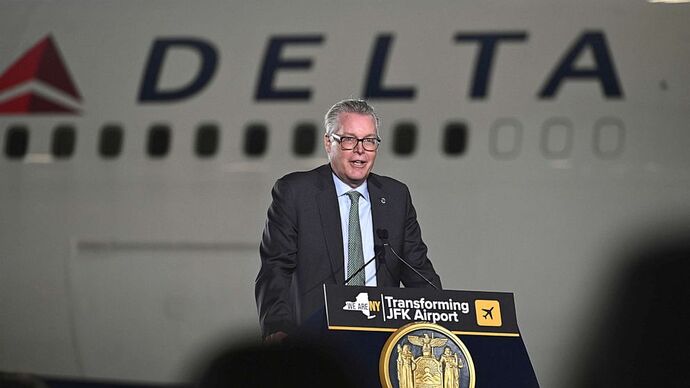 Yes… most definitely for violent offenders.

“Probably” already being done… by the bucket load, every day.

Surprised it hasn’t been done before.

I also think there should be some three strikes policy for those people who have to be paged multiple times with threats to remove their baggage before they turn up to the gate. Always amazes me airlines would tolerate people holding up an entire planeload of people (plus risking the takeoff slot) because they don’t want to leave the lounge. I think do that 3 times and be barred for a period of time.

The worst passengers are on opposite ends of the sophistication spectrum. The low-rent types are easy to toss out onto the jetbridge and ban. But what about the Super 1K Platinum Billion Milers? Sometimes just two or three on board practically pay for the rest of the plane. An airline would be crazy to risk loosing them. Plus…they sue.

It’s a terrible state of things if true. And it may not be. But it is increasingly how I fear the world works. The wealthy and the entitled fight for what they want and they usually get it.

That’s why fines should be a percentage of the owned wealth (or something like that) and not an absolute value.
I know a few people that consider fines as a simple tax or a ticket to pay to do stuff…

Yeah, takes someone smarter than me to actually put it right- but you know what I mean.

but you know what I mean

I was agreeing with you, but those bloody rich people make it difficult to enforce

I know, I know, no worries! ^-^
We could also simply put a cap on personal wealth- anything more than 50 million per year goes directly to the state.
No need for billionaire.

Oh is absolutely how things work.

Though for the record I thought most the ultra-wealthy either own their own planes or charter flights, because time itself is such a valuable commodity. And for those flights, from what I understand from friends who works in that arena, the charter service may or may not require masks or other COVID protocol, depending on where they’re based out of.

I was in West Palm Beach yesterday. I have never seen so many very large corporate jets. Even during some of the bigger Mar-a-Lago events during the prior president’s years there might be 30. Yesterday may have been twice that. And in the marina there were two yachts about a quarter the size of a typical cruise ship; with helipads fit for an Agusta plus many dozens of smaller “ships”. When I flew corporate in the early 90’s a typical wealthy hang-out like PBI, TEB or VNY would have one big jet, and a mix of a dozen small jets and light turboprops. The world is changing at a clip that far exceeds what the average person is able to comprehend. Unless you live in London, Beijing or NYC and actually see the tens of thousands of multi-million dollar units being built–one can be forgiven for thinking only a few thousand people in the world live like this. But I have forced a digression. In my time in this industry, at least during the years preceding mask mandates, it’s been the front of the plane (no, not the cockpit) more often than the aft where the conflicts have taken place. When the problem is in the back it often involves mental illness, cultural stress, advancing age or obvious grief. The aggressive male with an axe to grind is a problem that the Delta CEO’s idea would meet. But those are the outlying incidents. The old lady travelling to her granddaughter’s funeral who grabs a flight attendant’s wrist because she really, REALLY wants that 2nd drink (before leaving the gate!), unfortunately must be removed. But she probably does not deserve to be put into an industry or FAA database. I am not arguing that something shouldn’t be done because something probably will need to be. I’ve confronted too many people over the last two years. Multiply that times a hundred for a crewmember working the cabin. I’m just offering that the repeat offenders probably have the means to protect themselves from any real risk of being banned.

How about the mother travelling with two young children and they keep pulling down their masks. The flight attendant is pissed off from other passengers and heatedly talks to the mother. The mother snaps back, frustrated with her kids and flight attendant, due to repeatedly trying to keep the mask on. Flight attendant loses patience and then reports them for non compliance and argumentative.

If there is a no fly list for that, then there needs to be a no fly review/court appearance where a person can defend themselves.

Right. And that’s why “the list” may well never happen. Because the one thing everyone wants; passengers, crew, airline and FAA alike, is to get the damn door closed so that the jet can get where it is supposed to go on time. There’s just no time to fuss with this stuff. And @Saghen, you’re not wrong. I’ve read about that sort of thing happening. But I have never seen it on my flights. And I’ve never heard it discussed. FAs generally know the difference between willful non-compliance and the impossible. Also, mask non-compliance is probably not what we are talking about. Physical contact is the red line that almost certainly will get a passenger removed even if doing so involves landing short.

If there is a no fly list for that, then there needs to be a no fly review/court appearance where a person can defend themselves.

Yes, this is desperately needed. The system we have right now is nothing short of evil, in my opinion.

Interesting discussion, especially since my command training is coming up in a short while.
Its the stuff that can keep people talking for hours and still not have a solution.

In my experience you broadly have two states of minds with FA’s; those that want to be obeyed and rules are rules. They need to be acknowledged in their ‘having the right of it’.

And those that display a more flexible view of things and have a priority to de-escalate over enforcing rules.

The cooperation as a crew is an interesting factor here. As is the spirit of the captain.

Toss in the unlimited variables of why a passenger might have reacted the way he or she did and there’s quickly the revelation that there is no single answer.

That said, if people have an axe to grind about general society rules (read covid) they need to do it elsewhere. The gate, cabin or even the checkin desk is not the place to do it.
I have little patience for people who hold up everyone else like this.
Still, many times a short talk with a person to let him or her vent a little works wonders and then disembark with a smile. They’re being heard and there is sympathy for their predicament even though they need to follow the rules on board afterall.

Needless to say, getting physical is instant offload, report and ban.

If there is a no fly list for that, then there needs to be a no fly review/court appearance

The proposal is a ban on convicted unruly passengers, so I would guess they have been to court and, been convicted…?

Know Your Rights | What Do If You Think You’re on the No Fly List (aclu.org)