Let me explain myself. I have a weird, quirky habit when I’m flight simming (actually in real life too I suppose if we are getting ultra technical), that when I take off in an airplane or helicopter, I also must land it. Not 100% of the time, but MOST of the time. I could be testing something in VR, or messing around with graphics settings, or just futzing about, but if that aircraft leaves the ground, I feel compelled to at the very least teardrop it back around and land it properly.

It is an odd obsessive compulsive thing where I feel the flight needs to be completed (at a minimum) to landing. Exiting the sim while at a thousand feet on the downwind? Blasphemous!

OK. Feel free to tell me how ridiculous I am.

No, I’m very much the same way, provided I’m not looking at a long flight back to a field or looking at having to dump huge amounts of fuel.

Hasn’t helped with my ability to land the Hornet, Harrier, MiG-21, or any helo, though…

I always try and land before exiting a mission. Although in a chopper I will often find a difficult place to land. Roof or slope or train s and it keeps my hand in. I quite often get into a pattern and do the downwind leg at least in fixed wing or a break in a warbird. Saves being the dork who can’t land in MP

As a little bit of background on this subject that some of the other pilots can attest to, LOFT type training probably started a couple decades ago partially to address some deficiencies in training. Too often, simulator sessions were hours of just loading up crews until they broke, often with unrealistic scenarios that demented instructors would huddle around in the dark recesses of the simulator bays to come up with. It was determined to be largely time wasted. Better to give your training pilots the scenarios that they would likely face in their careers on specific equipment rather than the X and Y and Z have to happen and then A has to react specifically to B to give the scenario that could happen once every 300 thousand hours.

Along with the “load em’ up til’ they fail” principle was the concept of “snapping” crews to scenarios which leads to obvious performance problems because nobody has an opportunity to get into the “flow” of the flight. You would be on 22L at JFK one moment, then you’d do a task and suddenly you’d be on 31R facing a complete different departure and instructions. The constant flipping around would scramble your brain. It does still happen some…mostly after things like V1 cuts or things like that, but largely, sim sessions are flights with a defined beginning and end.

Sim instructors can take shortcuts to help speed things along. Trust me, you’ve never had so much excitement as when you’re trying to shoot an NDB approach when the sim instructor has put 4x time speed on and he forgets to turn it off.

Anyway. Those kind of habits have sort of transferred over to my PC simming. Not always…like I said…but most of the time.

Yup, even in multiplayer. I get a nagging feeling if I don’t return to base and land, even if the mission is scrubbed or some such.

Fortunately, as I tend to fly aircraft capable of landing just about anywhere, this isn’t a big issue. It only gets hairy with the Su-25T and the long landing roll.

@Troll is going to insist that landing is for pansies and that I should take EVERY opportunity to use the ejection seat handle he sent me…!

Apologies for my spelling and grammar. It is a tacos and margaritas night. Expect things to go downhill from this point forward… 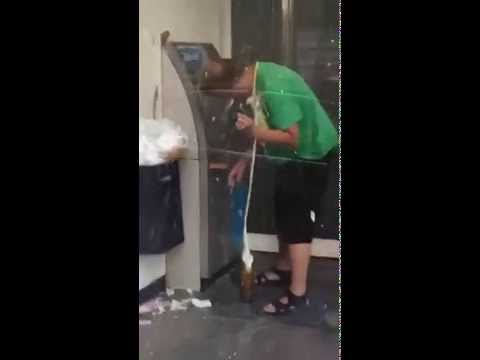 Along with the “load em’ up til’ they fail” principle was the concept of “snapping” crews to scenarios which leads to obvious performance problems because nobody has an opportunity to get into the “flow” of the flight.

We saw the same thing in training- ESPECIALLY in the control room simulators at Prototype- but “short” drill training sessions with I believe what you’d call “helmet fires” were much, much less productive and conducive to real-world scenarios than simulating a typical shift and letting things develop organically. In real life, when the “once in 300,000 hours” scenario happened (wish I could tell that story here), even though it was one thing after another, everybody reacted exactly as they were supposed to, and there was never a loss of (full) control of the situation or anybody freezing up or unable to react due to being overwhelmed. Funny how that worked out.

(wish I could tell that story here) 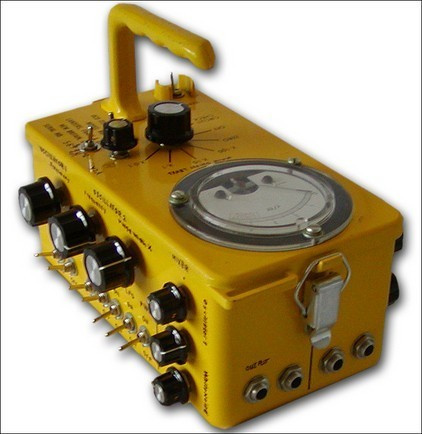 One of our big training points with scenario based training for our cadets and officers, is to introduce it realistically, and let them work it to a reasonable conclusion. In law enforcement we’re usually pretty good at the kick the door in and handle business part, it’s after that where we tend to have problems. One thing I made a point of hammering was that we had to train our folks on the “after” part as realistically that’s where real world we’ve lost a lost a lot of civilians due to us not knowing what to do.

Land and taxi to the parking spot and shutdown. Or crash, which ever comes first. If I must be honest I find crashing has less steps in the shut down procedure…

The L1011 Everglades accident taught our profession a lot of lessons about distraction and that handling the “emergency” is often not the most critical part of the unfolding of events. Interesting to hear that other professions have other continuity training that goes beyond the initial event.

It’s all the paperwork that is the hassle…

Oh yes. That’s not even getting into non-life or death stuff, 90%+ of LE work occurs after all the “fun” stuff is done. I’m so glad I came out right as hand written reports were dying. Literally paperwork is the job, which a lot f people don’t understand. Don’t do the paperwork right, the suspect walks, every time. We added report writing in all it’s glorious gory detail to our practicals about 5 years ago, we actually use more staff reading reports and helping them learn to navigate our RMS that we do actors for scenarios.

Yes. No virtual flight feels complete unless I land successfully and shutdown. A flight is like a story: it needs a beginning, a middle and an end.

A flight is like a story: it needs a beginning, a middle and an end.

I’ve had some flights that were more like thrillers…or horror stories…LOL… Definitely some comedies too!

Nah, the folks who play with radiation and chemistry slept through this one.

It all started when I was lifting with a buddy in the aft gym (all the way at the aft end of the ship, right under the flight deck) and all the lights went out.

It went downhill from there. Quickly.

Did the reactor SCRAM? Whatever that is…I remember it from some book…

Did the reactor SCRAM? Whatever that is…I remember it from some book… 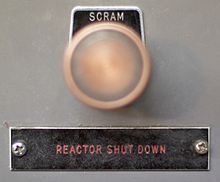 A scram or SCRAM is an emergency shutdown of a nuclear reactor effected by immediately terminating the fission reaction. It is also the name that is given to the manually operated kill switch that initiates the shutdown. In commercial reactor operations, this type of shutdown is often referred to as a "scram" at boiling water reactors (BWR), a "reactor trip" at pressurized water reactors and at a CANDU reactor. In many cases, a scram is part of the routine shutdown procedure, which serves to tes...

And yes, they both scrammed. Several times.

I should take EVERY opportunity to use the ejection seat handle

But no. Seriously…ok, semi seriously…

There is a novelty factor that needs to be taken into account. It is cool to pull a handle instead of finding…what is it now? Ctrl-E and press it 3x.

But, other than that, we pilots need the landing. It crowns our work. We all crave that kisser, even if that’s really not a good way to land an aircraft.

If I don’t get to land, I feel a bit cheated. If I’m testing control configs or graphics settings, I always start in flight. The rationale here being that if I start in the air, it’s ok to end there as well.

But it’s not like we gather around here because we’re overly sane, or anything