I sort of miss watches. I’m now a ‘phone pocket’ person, so got out of the habit of wearing them for years now. My wife loves her Apple Watch and all that it does, but I’ve been going for a more ‘I want to have less notifications in my life’ trend, so not interested (but it is a lovely thing, and speaking into it is Dick Tracy -esque)…

It got pointed out to me this morning by one of my kids ‘what is that?’ when going through an old box.

I said, ‘This pretty much describes all that is wrong with me - it’s a binary watch’

I’m not sure if they still sell it, but it was sort of fun and yes, I could tell the time at a glance. I did get a lot of ‘oh, your watch is broken’ comments, but at a push of a button I could show them they were actually right.

Anyway, as we have lots of tech, pilots and gizmo people here, do you still wear a watch and what’s it look like?

I didn’t wore a wrist watch for several years, untill my wife got me Huawei Watch GT2 last X-mas. Nothing fancy but it has several cool features if you link it with your smartphone through BT. I’ve been wearing it constanlty since I got it and the battery is pretty solid, have to recharge it every 7-10 days.

Also love that binary watch, never seen anything like it before.

This is mine (the watch, not the picture). I don’t leave home without it.

Well, now that I think about it, I don’t leave home at all, anymore… 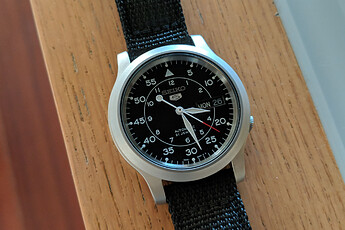 I just think I look 25 times better with my watch on, I don’t even care for the time. But I also impress millennials with my ability to tell time with a glance of the pointy things…

Also love that binary watch, never seen anything like it before.

My daughter’s nabbed it now. One thing that doesn’t come across is that it’s quite a big watch, and she’s pretty small (an adult, but wee), so it looks like someone lugging a mainframe around. She says glancing at the time now is like being in a foreign country and someone asks you the way to the station but you can’t quite remember which language to use.

I wanted a watch badly when I was a kid. Gradually grew out of it, and now I feel they are simply cumbersome and heavy.

I sometimes (ok, rarely) wear a watch, and when I do it is indeed a binary watch!

Sadly it is out of batteries right now so I cannot show it off.

I’m very much a fan of watches. In the Before Times when I actually had places to go, I would wear a few different timepieces, and usually only wear my Garmin when working out (I also don’t like a lot of constant notifications). I’ll have to share pictures when I get home next week.

Tired. Dirty and randomly loses time (like the owner to be fair)

My wife bought it for me years ago and I’ve become very attached to it. It also is literally impossible to read in the dark. The protective bars at the top and bottom make it useless for 6 hours of the day and timekeeping while flying is bordering on no do able.

But it’s survived me working since I’ve had it and only has one large scratch on the case.

Oh and I never use it I ALWAYS looks at my phone.

I have one as well.
Really only because I have those days when I’m on stand-by duty and waiting to be called in. If I miss the crew dispatchers phonecall, I better have a bloody good explanation.
But other than that, I’m not so fond of having to charge it every other day, or more. It’s not ugly, but it’s not man jewelry either…
I have a Tag Heuer F1 Senna, for special occasions and I have my dads and grand dads Omega Seamasters.
But my dreamwatch is the Omega Speedmaster X-33 Skywalker.
But am I willing to give up the Dick Tracy watch features…?

Thats the one for me. But I would rather spend that much money on literally ANYTHING but a watch lol.

I recently got a Fenix 6 X Pro. Pretty bulky but man i love that map feature for navigating on hikes.

I also have my father’s confirmation watch, an old Longines Ultra-Chron automatic ca. 1964 which I wore religiously until it broke quite a few years back. I’ve been trying to find a watchmaker who’s crazy enough to repair it (they keep telling me they can’t get the parts). If I finally do find one, it’s probably going to set me back more than it is worth, but it’s an heirloom, so there’s that. 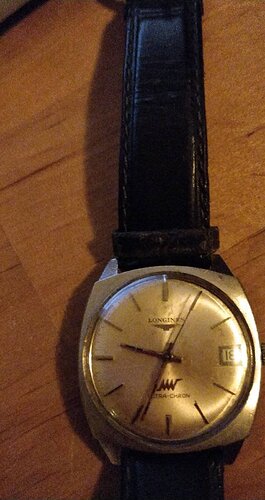 I have had a couple of Apple watches and really like the functionality. Smart watches suffer from a big problem though…if you forget to charge them, they cease to function

A few years ago I decided that I wanted a ‘pilot’ watch, but nothing too big and flashy. I came across the Junkers line of old school style watches. I really like the simplicity and elegance of it.

is indeed a binary watch!

It’s a nice that there are two of us wearing binary watches, sort of fitting.

when I actually had places to go

I never thought I would ever miss getting on a plane and eating six peanuts, spending the entire day doing the trains, planes and automobiles game, fiddling with a hotel air conditioner to stay quiet all night, all just to say something that could just have easily have been a phone call - but I really do.

I’m pretty fond of it as well. I moan about it all the time especially when it’s night time. I’ll upload a pic in a second. It’s bloody useless…but its been with me a long time. I’d be gutted if it broke or got lost. The strap broke a while back and I felt weird without the weight on my wrist

I couldn’t of taken that at a worse time to make my point.

I wanted a watch badly when I was a kid. … and now I feel they are simply cumbersome and heavy.

Yeah, I am in almost same boat. But I actually bought me some watch back then. And yes, they are heavy! 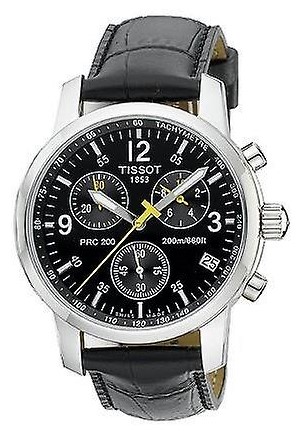 …if you forget to charge them, they cease to function

Now I am in this boat and wear the above only occasionally. But that means that they also usually cease the function as the battery didnt last

And this watch I usually forgot to charge now. Good thing is they are very light. 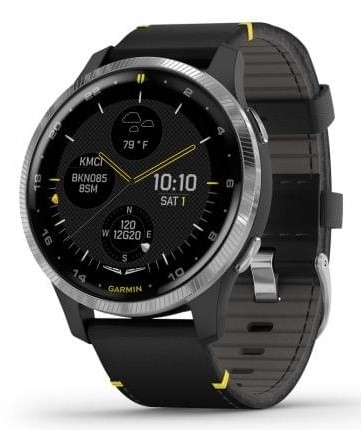 Odd question but can you charge them from yoir phone?

Never thought about it! I thought that phones can only sip energy.

When I was in IT and later at college, I carried a pocket watch. That was before cell phones. My first cell was a very small samsung that was billed as a ladies’ phone, but to me it was perfect: not only could it replace the pocket watch, it also looked and functioned like an OG star trek communicator. 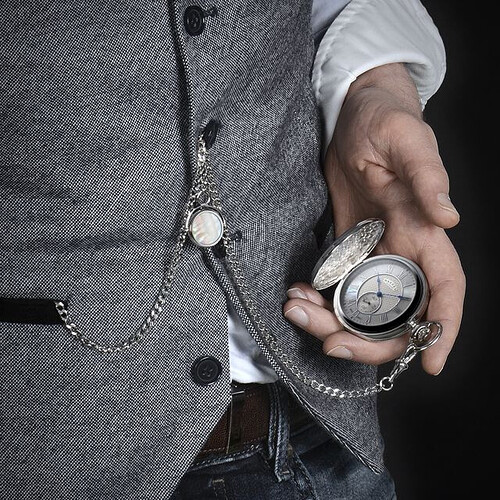 Heh, I hadn’t even thought about watches being old school, but of course that’s true.

Mine aren’t anything special, but I like them. I also (usually without much success) try to reduce the number of times I pull out my phone during the course of the day and having a watch on helps a bit.

My casual watch is a cheap Citizen Eco Drive (solar charged) with a simple chronograph function:

My work / dress watch is a still relatively cheap but a bit flashier Seiko Premier. It’s a “kinetic perpetual” watch, which is kind of neat - runs off the movement of your arm and the date doesn’t have to be adjusted, it knows leap years and so on.

Pocket watch is proper classy. I like the idea of them everytime I see them. But its one of those things that would irritate me after a few days.
With the right ensemble they look so cool though