I got a couple of hours in the MD-11 sim. The Dial-a-flap thing alone mesmerized me.

Here’s what they told us in training. (a joke): Douglas decides it wants to make a three-engined jet. They sequester engineers in a conference room and ask for ideas on configuration. One guy wants 2 underslung engines and the third at the back on the centerline like the L-1011. Another suggest 3 engines at the tail. A third wanted what ultimately was used. But there was a 4th. He recommended 2 on the right and 1 on the left. They laughed him out of the room.

A month later, they wanted an engineer to design the cockpit flap and slat controls. “Hey, let’s use that guy who wanted two engines on one wing and one on the other!”

Also, I almost killed 365 people because of confusion with the flaps. The story is here somewhere. I’ll search for it.

Love to read it!

I had not worn a watch for decades but my kids bought me a garmin instinct and I’m really enjoying it.
Use it biking and I have the app on my phone that let’s me know how close to death i am.

Nice! Ya, that Garmin Connect app is GREAT and I’m finding the biometrics FAR superior to my Fitbit Inspire. The Fitbit really overexaggerates step count and heart rate while I’m driving … I think the vibrations are affecting it to the point where I’ve hit 10,000 steps with the Fitbit and at the same time the Garmin reports 6,500! Same with heart rate … 110 with Fitbit and 75 with the Garmin. I was only using the Fitbit because I liked it’s sleep tracking but it looks like the Garmin is beating it in that respect too! Plus I was actually paying $15 a month for Fitbit Premium for the advanced sleep analysis! No more of that! I’m shelving it. I mean come on, the Garmin is actually tracking my stress levels too! Garmin ROCKS! 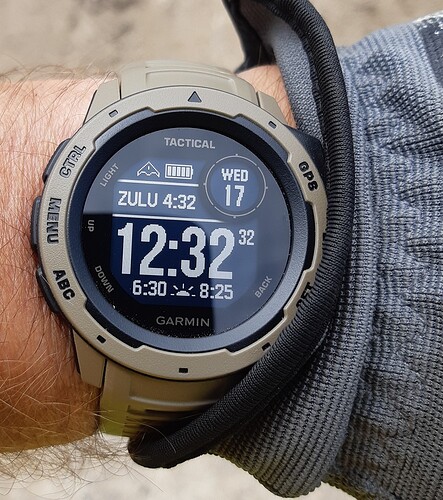 All of that is reflected light. There is no backlighting going on here. I find reading my phone and other phone type smartwatches quite difficult when it’s really bright out. Oh, and don’t forget to grab Garmin Express if you want to look at your data on your PC.

The story is here somewhere. I’ll search for it

With some hard sleuthing I found it!

My Old Post About Nearly Crashing the DC-10 Hangar Flying

In another thread (about watches of all things) I mentioned having nearly killed hundreds of people in a DC-10. Of course, you can’t just leave a story like that hanging. I thought I had written about it at Mudspike but a search here came up dry. With a grimace I returned after many years to what we used to call “that other site”. As it is laying there, wheezing and off life support, I’ll just say that once great name, SimHQ. It’s there, a snapshot of an earlier age. But it’s covered in clickbat…

Alright, just for funsies here are a few of my vintage (inspired) watches:

A Smiths homage of a WWII RAF navigator’s watch. 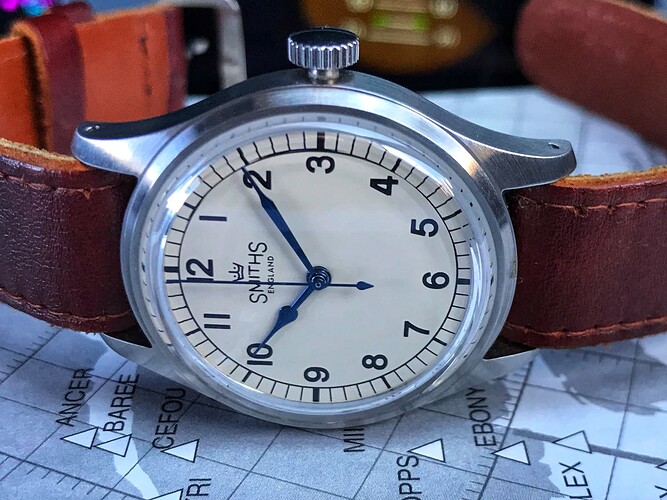 and a Smiths homage to the post war IWC Nav watch alongside the original. 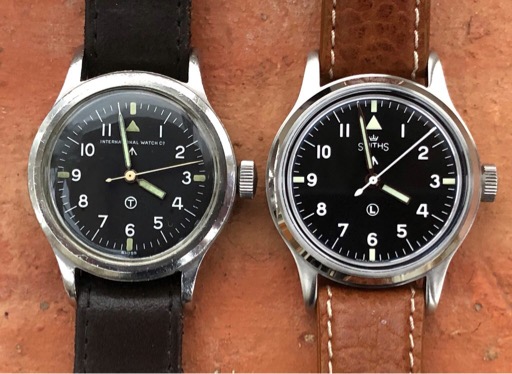 a reissue of the VN era Glycine 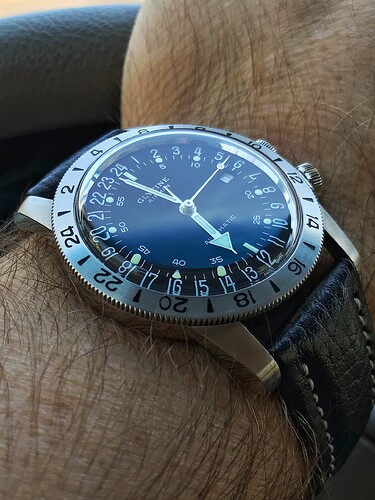 an interesting reissue of the Bulova A-15, an experimental WWII pilots watch designed as sort of a poor man’s chronograph 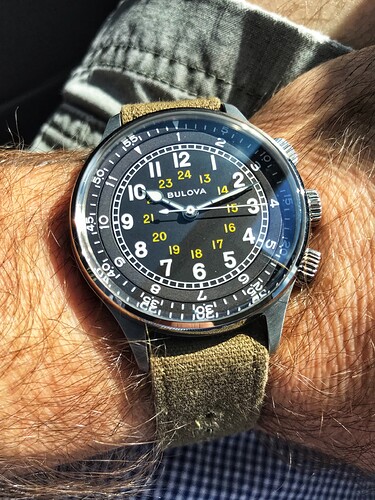 a really beautiful reissue of a 1917 Oris pilots watch. This one is spectacular. 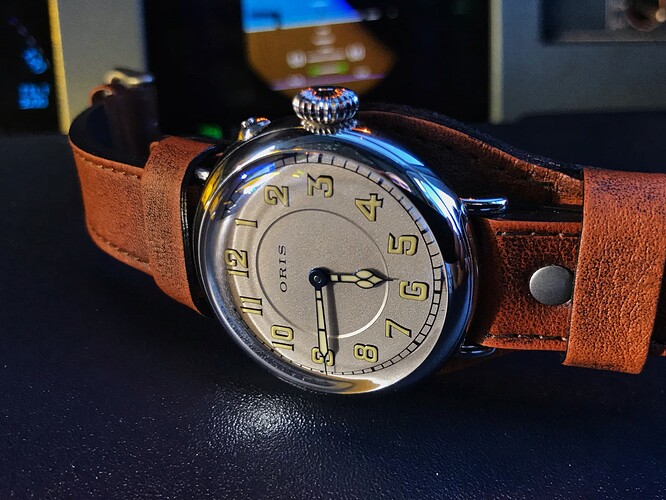 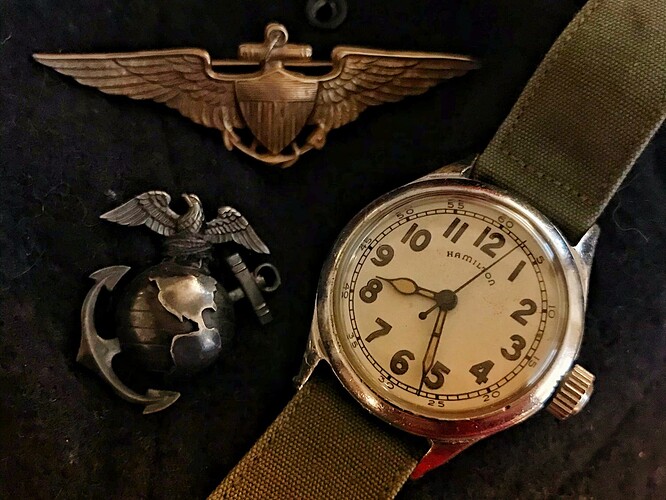 None of them particularly expensive. But just a fun way to tell time and enjoy a little aviation history at the same time.

LOVE analog. This is my dream watch … 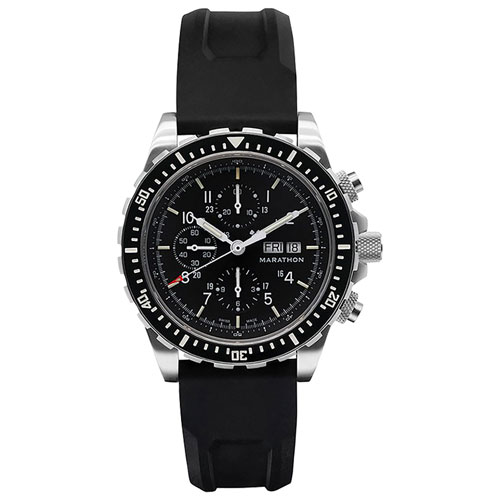 The little tubules of phosphorescent radioactive tritium make this watch irresistible at night.

They don’t use radioactive paint for hand illumination any more, there’s other stuff now that works almost just as well.

True, I was thinking of radium paint, this is tritium gas.

Not quite like the old Tritium, or even Radium paints that older watches had.

I still recall all the young lieutenants fighting over the older Tritium compasses for night land nav.

They were practically flashlights!

Come to think of it, that Hamilton must still have Radium paint on it. I’ve never checked to see if it was radioactive still. I know some older Panerais are basically too radioactive to wear.

After a lifetime inhaling jet fuel and getting that nice high altitude tan, though, I’m pretty sure that I already have whatever is going to do me in by now!

Two months of using my Garmin Instinct and it’s actually changed my life! I’d give this watch a 10/10. The “Stress Level” sensor alone is worth it’s weight in gold! I tossed my Fitbit into the trash. Worthless piece of crap.

I hate those. when I am stressed I really dont want any smart thing to tell me the same

I know for a fact, as it happened to me, that staring at a rising heart rate monitor in hospital and panicking about it rising makes it rise even faster until you feel like your chest is going to explode.

Isnt the idea of a biomonitor that you can make a conscious effort to influence it, ie make the heart rate go down by controlled breathing etc?

The thing logs your stress levels over a period of time! I’m not literally staring at it freaking out LOL! It’s the same with the heart rate monitor and sleep monitor. It’s just a great tool to know if you’re getting a good night’s sleep. You can get 8 hours of sleep at night but it’s the quality of sleep that counts!

Designed to be purpose built, Sangin Instruments’ watches are simple, functional, and reliable, while still looking good no matter what the occasion.

Sangin Instruments released a batch of watches today. I ordered a Kinetic II Pilot in black; I’ve been wanting one for a while.