Dovetail’s big plans for that FSX license they got. As per the Choo Choo people, they are going with ‘XYZ World’ as the moniker. A new DX11 (so Win-7 still) 64-bit engine (my guess Unreal based) but no signs of backward-compatibility with FSX/P3D.

Nothing mentioned about VR or even what 3rd parties will get access to. Coming soon on Steam early access. 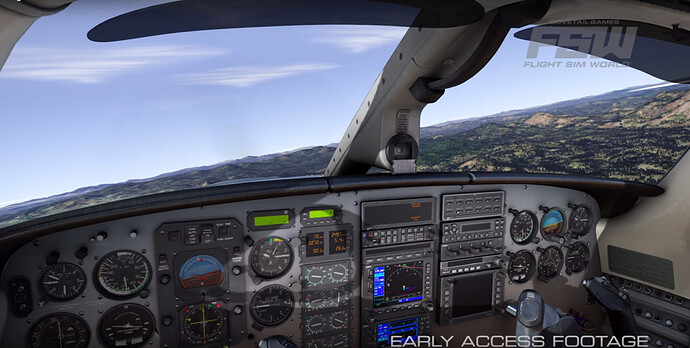 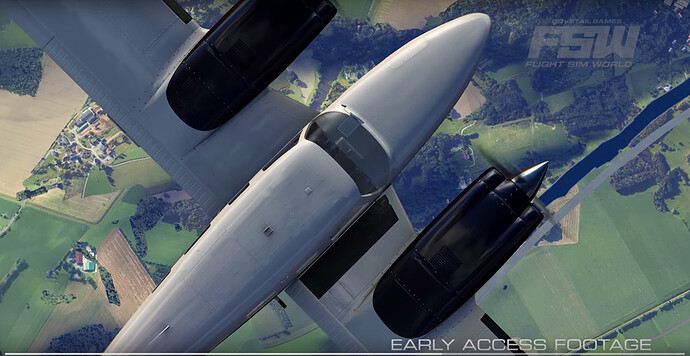 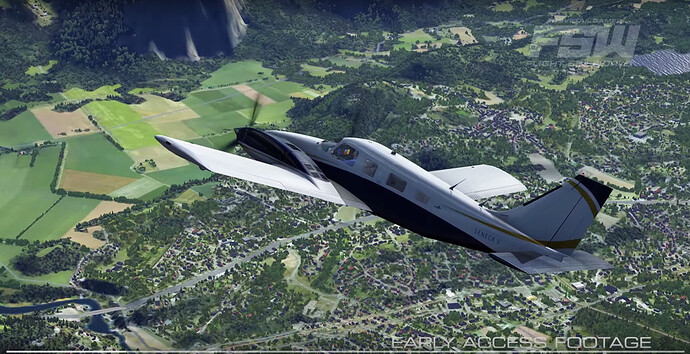 A Steamworks title, so workshop and all that jazz…

Okay, this is interesting.

The most promising side in my opinion is probably the workshop integrated mission maker and pilot log side of things. Having ‘ARMA 3’ level mission/unit workshop support would be great. Some gameplay would be great in a high fidelity GA flight sim world, plus an easy to use MP set-up.

Dovetail’s M.O. is usually to offer the base platform pretty cheap and then DLC it to death (not in a bad way, just that they offer their $40 price points ‘per unit/train/aircraft/airport’ etc).

The graphics I have seen so far look fairly plain (early access!) and pretty close to what we have in FSX/P3D, and something I’d be disappointed to get if I used Ortho2XP properly (the price gap between things like semi-legal Ortho2XP, Orbx and custom maps in terms of quality/price is crazy), but the true value will be in how well that new engine pumps out frames per second on multi-core, multi-X systems. A high performance FSX successor with a 2nd go around at a 3rd party ecosystem might be good.

If only they could shoehorn x-planes flight model in then I’d be first in the queue.

This looks pretty good in my opinion.

I really like what I’m hearing and seeing there. Personally, I’m mostly about the gameplay content. I know, I know…I harp on this all the time whether I’m talking about MS Flight or FSX or DCS World - I just enjoy having something TO DO with my sims. Air Hauler type activity, missions, campaigns, career building…

If only they could shoehorn x-planes flight model in then I’d be first in the queue.

Yeah - that is something I’m skeptical that Dovetail will be able to provide if this sim is based in any way on legacy FSX/P3D type code. It is just a different way of providing sim physics that isn’t as natural feeling as X-Plane. I certainly hope they can make some improvements…particularly the relatively poor ground handling/taxi feel of FSX/P3D planes.

That mission editor looks nice. Can see the internals of the old FSX engine though, so not exactly a re-write, more a modernization. I think @BeachAV8R was the one guy to buy Flight School, so he can be the Guinea Pig with his free FSW copy.

Rumors are that 3rd parties not exactly jumping for joy about the Steamworks/Dovetail tax side of things, so not sure if the study sim big tubes will make it across - it’ll start as more a GA thing.

I picked it up as well, but don’t think I got more than 15 minutes to play then forgot about it. Will have spend more time with this one

I think @BeachAV8R was the one guy to buy Flight School, so he can be the Guinea Pig with his free FSW copy.

The user created missions thing is interesting…and I think it could go places as long as there as quality control, or (at the minimum), some sort of rating based system that will allow you to filter out junk. Because as the Arma 3 Steam Workshop readily shows, there is a lot of junk out there.

The Multiplayer Functionality…if it were as smooth as say DCS MP, would be a fun thing to experience (think Mudspike Fly-Ins to some ridiculously hard airports…I have a list…!!)

One thing that does give me pause in all of the videos thus far…most of those airplane shots don’t really show a lot of airplane movement…like…dynamic movement. They look kind on rails-ish… I know it is an early-access video, but hopefully they can improve on the FSX feel of flight and move more toward an X-Plane feel. Just impressions based on no real info though…so I could be completely wrong…

Cool. I got it based on my previous purchase. Will check it out this evening if I can…!

I sometimes wonder if ‘Early Access’ requires some sort of ‘driving test questions’ to more explicitly opt-in on a purchase, like people have to tick a huge box to say they are aware it’s not ready. So many of the reviews seem to assume the worse already.

It wouldn’t matter. Lots of reviews start with “I know its early access but…” and then proceed to decry things that are missing that are explicitly stated as missing, and as upcoming features.

I’m not referring to FSW, but rather to steam reviews on Early Access games in general. I pretty much don’t use them. I’ll use the flavour text (mostly negative, mixed, overwhelmingly positive, etc…) as a guide to whether something multiplayer is likely to have players, but other than that…

I like what I see thus far. A slick re-packaging of the old familiar for sure, sharing a lot with Dovetail Flight School, but the potential is there for an expandable sim for sure. More later…still exploring menus.