Viewing Search Results at the WinGameStore

It could be worth it if you play ETS2 alot. For me I dont play it that much so Scandinavia isnt really worth it. I still have yet to explore the original map. 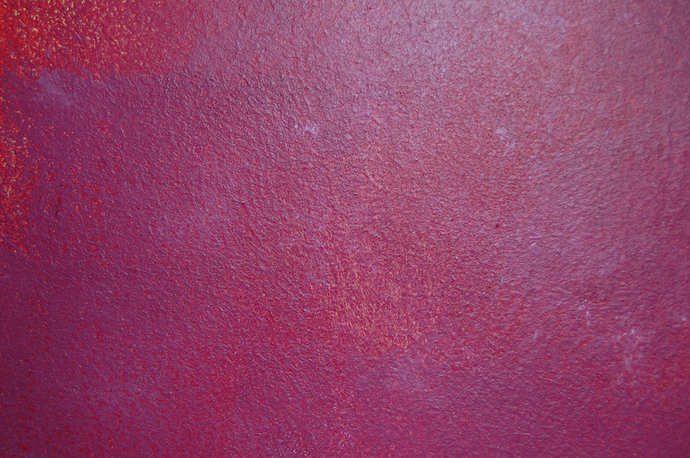 (It does dry completely if you watch to the end

Vive la France! Tomorrow, in 17 hours the new DLC will unlock, looking gorgeous as can be expected! I am quite stoked for this!

Personally, i would get them.

Finally, a forest road that feels like a forest! 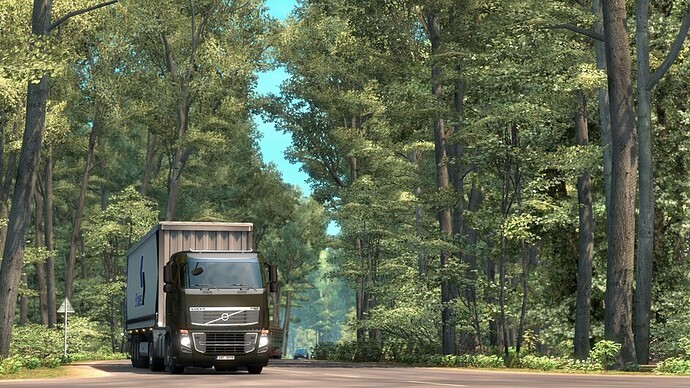 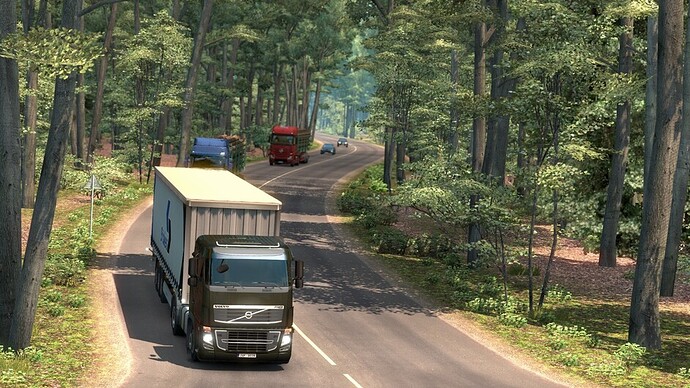 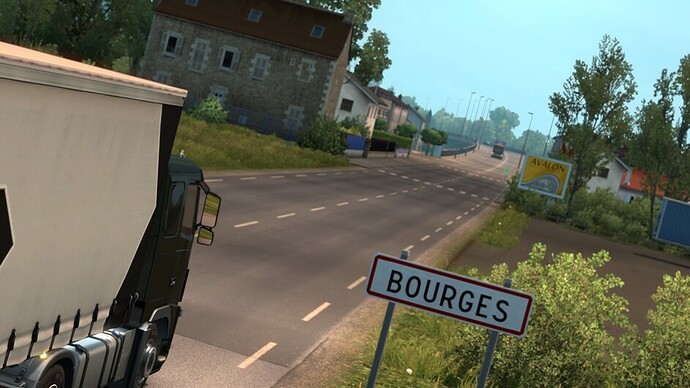 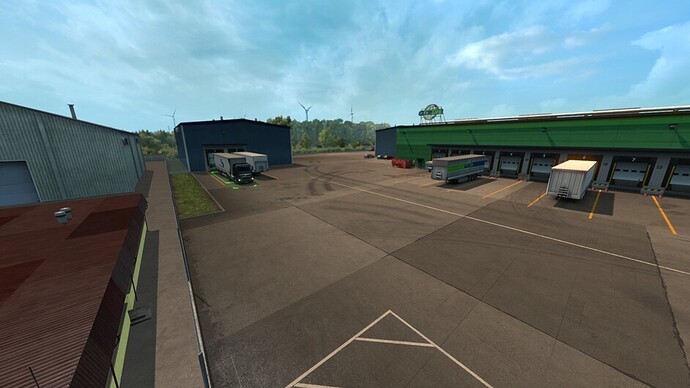 This was my first venture into the new parts of France, once I got off the highway I noticed the amount of detail added, it’s pretty much what you’d expect after ‘American Truck Simulator’ and ‘Going North’ releases, especially considering the development time. One thing of note is that Bourges is not a cookie cutter city like in the old original release.

First off, you drive through the town, with all sorts of side roads(locked off, but detailed) leading into the residential area’s. Then you cross into what is obviously the industrial section, made up from a series of facilities and parks, some are accessible, some aren’t. Everything feels unique though, not a lot of copy and paste as many of the older cities were.

I should do a tour-de-ETS now that Vive la France is released, going from Britain through Germany, to the east(First DLC) to the north(Second DLC), to the USA(recently fully rescaled!!!) and then back down south to France.

Because Frankly, SCS deserves a little respect for the progress they’ve made over the years, how open they are with the community about upcoming development, how they backport features between ATS and ETS(the selectable parking, hard-coupling mode) and how they support and encourage modding.

On another note, if you do have ETS2 with either all DLC, or only the East/North DLC, then you ought to get Pro-mods. It adds a ton of cities and roads in extra countries with a lot of visual spectacle and parking challenges!

Beautiful pics…! Some of those look like there should be some Arma 3 bandits waiting in ambush in those trees!

You never really know in ETS 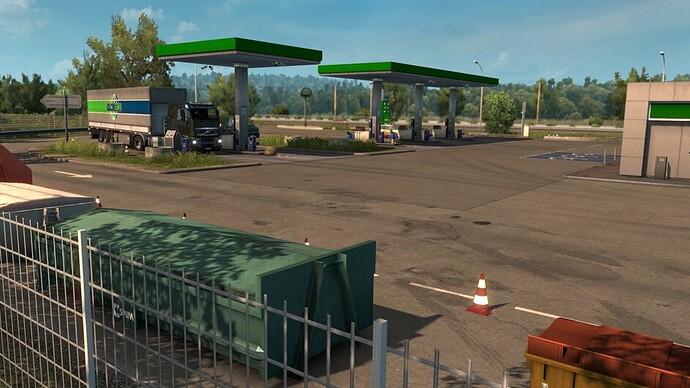 Is there Normandy?! I’ve been there IRL and I’d lvoe to drive there again…

I will report back to you once I get there. This is a map of what’s new:

Making my way through small unique looking villages(so far) in France. Little roads litter the side that are unfortunately not accessible. 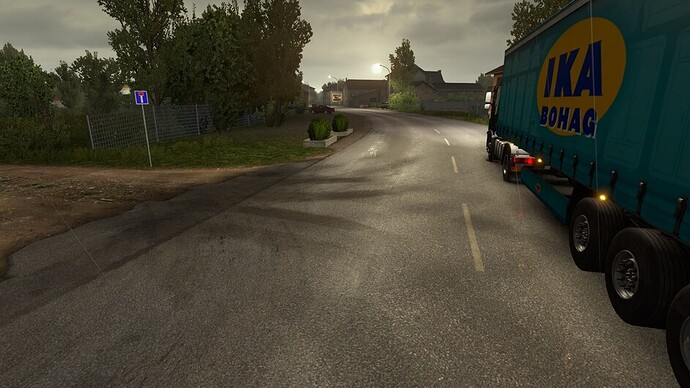 Found one un-marked, so I went in to check(parked the trailer on the road). I hit the invisible wall 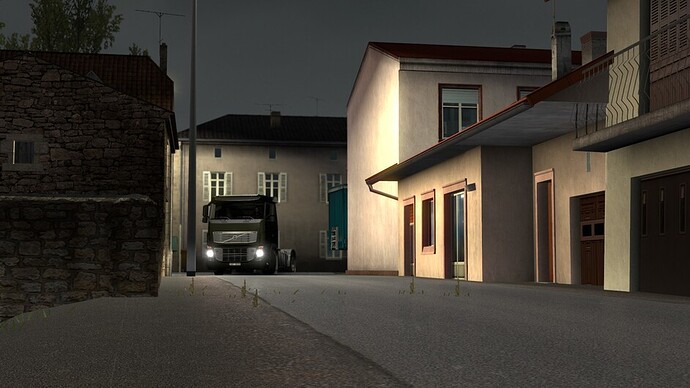 I may have hit the truck in front of me… 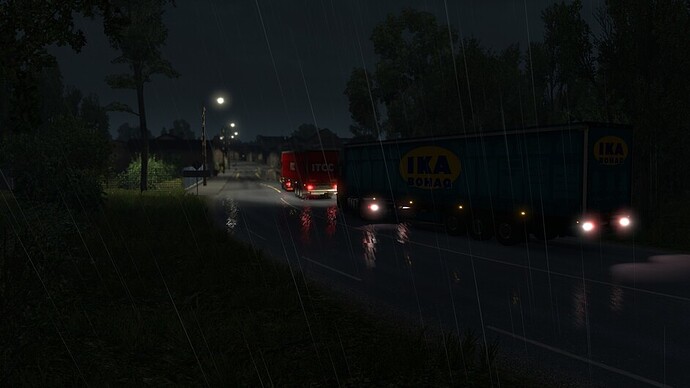 I am playing a bit with the visuals but in general it does look a lot like that! It’s a fantastic game and SCS deserves some credit for all the support they offer, pretty much a constant stream of updates and improvements and every now and then DLC! 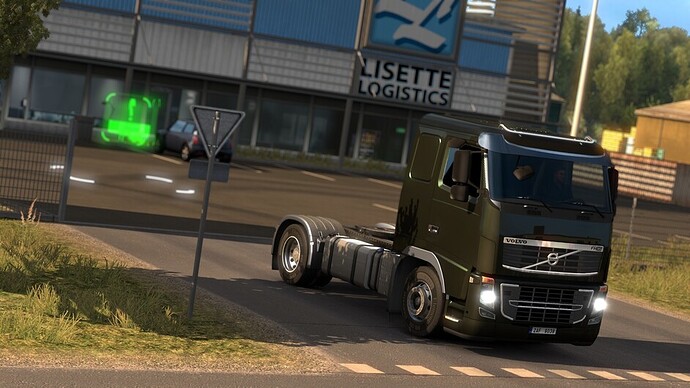 Another successful delivery for the techno-green FH-16. I love the visuals of this truck to be honest. 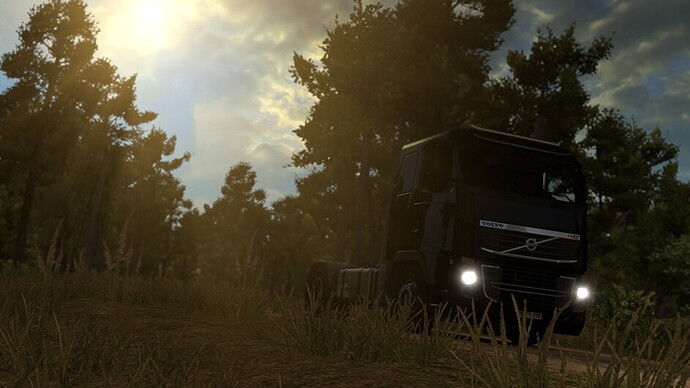 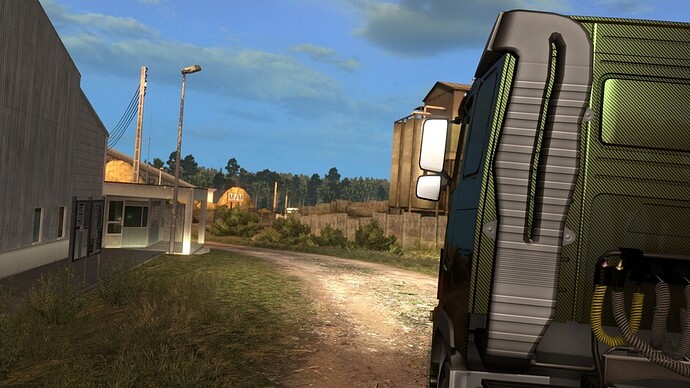 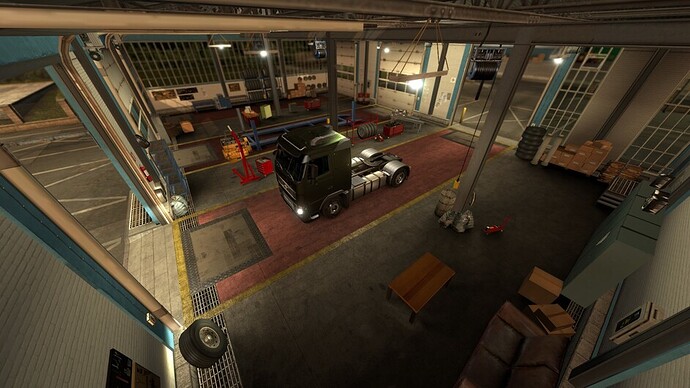 Trailer selection! Now I can travel in the latest fashion that I so much desire! 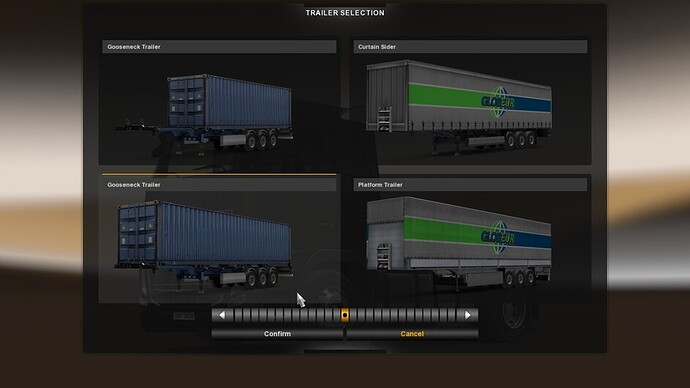 I’ve found a fully modelled Marina, I wonder what the plan is with this? Rumour has it that it will be a new industry chain at some point. It looks quite nice! 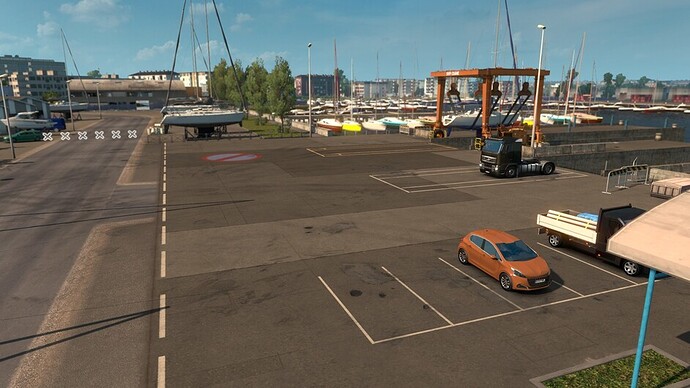 I’ve found a fully modelled Marina, I wonder what the plan is with this?