As we get agonizingly closer to the DCS Tomcat release, I’m curious to see how many are keen to back seat in multiplayer?

I think I want to Goose it up a bit. On the other hand, I’m keen to see if I can make @BeachAV8R be sick as well. Anyone else?

Where are you going to sit primarily?

I take direction well, and since we know the backseater is the brains behind the brawn, I’d probably rather fly.

Honestly, I’m looking forward to spending time in both seats. However, I’m thinking that in the immediate future due to real world responsibilities™, I’ll mostly be in the back seat, where I’m less likely to kill somebody.

Prefer to fly, but I’ll probably hop between both seats as I please. AH-64 has dual controls for a reason.

It all depends on the fidelity of the radar system and workload. If it’s well modeled, and actually gives you as the GIB something to do, I’d definitely be interested.

Actually I want to be the squadron intelligence officer…'cause…never mind.

Start out in the back and graduate to the front over time.

@staff we need an icon

that gives you this little guy:

we need an icon

that gives you this little guy:

We already have this guy:

I’ll be up front lookin’ good.

I’m more about flying the airplane than working the systems if I’m being completely honest.

Like pretty much everyone here I will do some of both (especially since in singleplayer you have no choice but to fly the plane) but I like mastering systems in modern planes, and most systems are controlled from the back, so…

I voted for RIO. I tried to be honest.

in my heart I’m a fighter pilot. Pulling crazy g. Smoking migs and making ladies knickers fall off by my mere presence…

In my head… I’m in the back. Feeling a bit sick. Trying to read a chart. Banging my head on the windows. Fiddling with buttons. Getting upset when my instructions aren’t followed…

My combat flying frankly sucks. Even against the AI I get my butt handed to me. I just don’t seem to have the brain needed to keep SA over that many variables (you really don’t need to do any of that bumbling around at 120kt in a 152)

Now airshows… That’s a different story. I haven’t had the nerve to post it yet as I still need to edit it a bit but I have flown a few routines in the f15 and the sabre that would work very nicely for the turkey. I’ll definitely be flying those myself.

So would you say there’s room for improvement there? You almost have the tools you need. Now the SA will come with exercise. Bit like docking a lorry. That seems impossible to people who never do it. Until you do it for a thousand times and it becomes 2nd nature.

You keep doing that pilot ■■■■ mate, follow your heart!

@Victork2 if you are serious about the RIO then I am again closer to buying Tomcat.
I mean if you would not mind doing RIO for me.

But you need to be realy serious about that

Regardless of my opinions on my flying I really think it would be very interesting to do. I genuinely wouldn’t mind doing that for people.
remember I said a while ago my dream for dcs is flying the tanker while you lot do the strike missions lol.
you buy it and we will arrange a few sessions with me doing the button pushing.
tbh I’ll probably learn more sat there watching the manoeuvres and tactics and it will help me fly my own sorties.
@schurem you’ve been on the receiving end of my BFM! You know better than anyone else how much improvement I need

@NEVO don’t take that as a hollow promise either. Set it up and I’ll fly with you dude. No worries 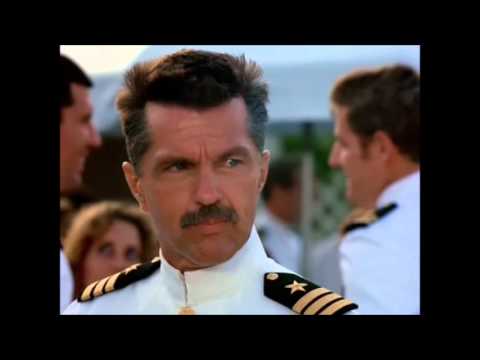 Waaaaait…
There are actually more of us who want to be RIO than people who want to fly? Really?
Some of us might be misjudging the fun and/or complexity of using all those systems…
Or are we just elitists who think they are smarter than other people so we have to show it by flying as RIOs?

Well, I don’t really care as long as there are always enough RIOs and pilots available so everyone can be what they want to.

Or are we just elitists who think they are smarter than other people so we have to show it by flying as RIOs?

Negative for me anyway!

I just want to get the best out it and the amount I get shot down in any other module suggests I may be more useful in the back seat!

Why I picked RIO:

Let’s face it. Just about every DCS fixed-wing aircraft is a good pilot’s plane. What HB’s F-14 brings to the fight is apparently a realistic RIO sim. I know yo all have heard me beat this drum before (or is it a dead horse by now?). The F-14 was an awesome long range interceptor / fleet defender. That was all the RIO stuff.

I had hopped the Aerosoft F-14X would had been more detailed…it isn’t. I want to get up there and start blasting regiments of Tu-22Ms.

Fun fact: the F-14 might actually be the plane that gets me to fly MP more than four times a year.
I hope I can find enough people in my time zone to do some flying…