Yes, that’s pretty much how I do it. With 4.32 I learned my start-up from Gerry Abbott - and that’s how he said to do it.

Works every time in 4.32. I’m really mystified. It’s a shame my 64 bit 4.33 has never worked, too. Many people have reported the same on the BMS forums, but I’ve not even seen any acknowledgement of it. These two things are what stopped me flying Falcon4 BMS.

I reinstalled both versions to try again - but it looks like I’ll be sticking with 4.32

I have it sussed!

Thanks to Pickinthatbanjo and his BMS 4.33 start-up video. The trick is to set the idle detente by clicking the throttle part in the VC.

I checked that my controller was returning the correct command for idle detente within the sim controller UI and it was - but it seems that makes no difference (so why have it?). Once I clicked on the throttle part for idle detente in the VC, it fired up straight away.

Awesome! Enjoy! (I think the Harrier is especially fun and probably not a bad prep for a future mod we’ve all been anticipating).

Because This demands counting coup 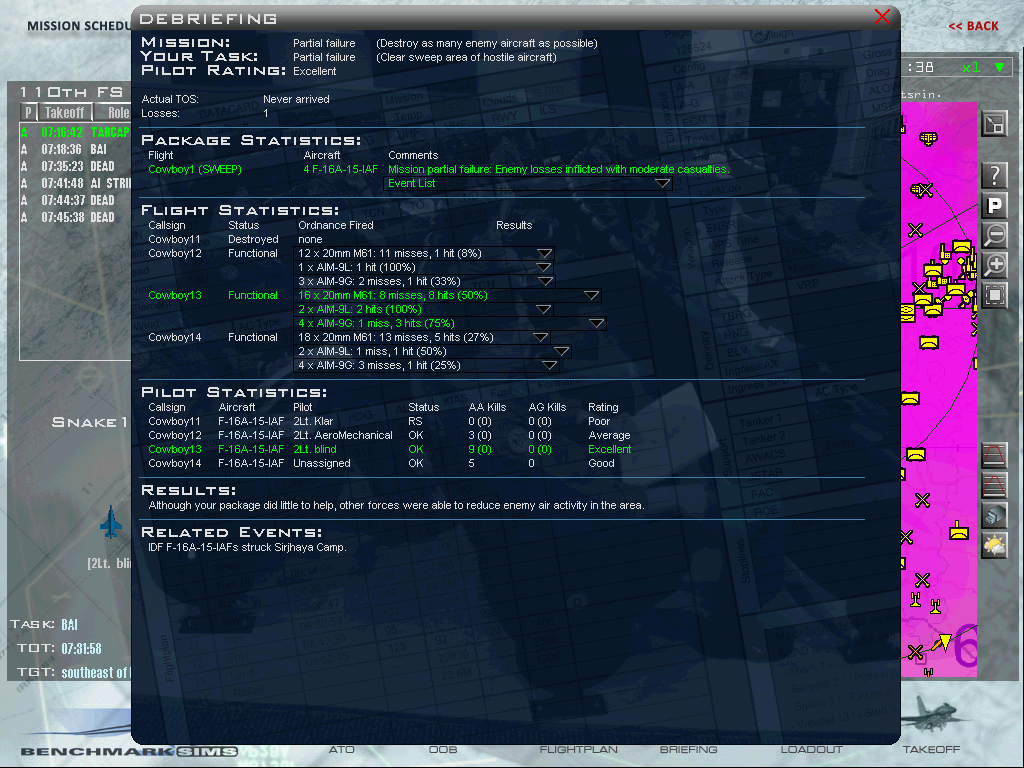 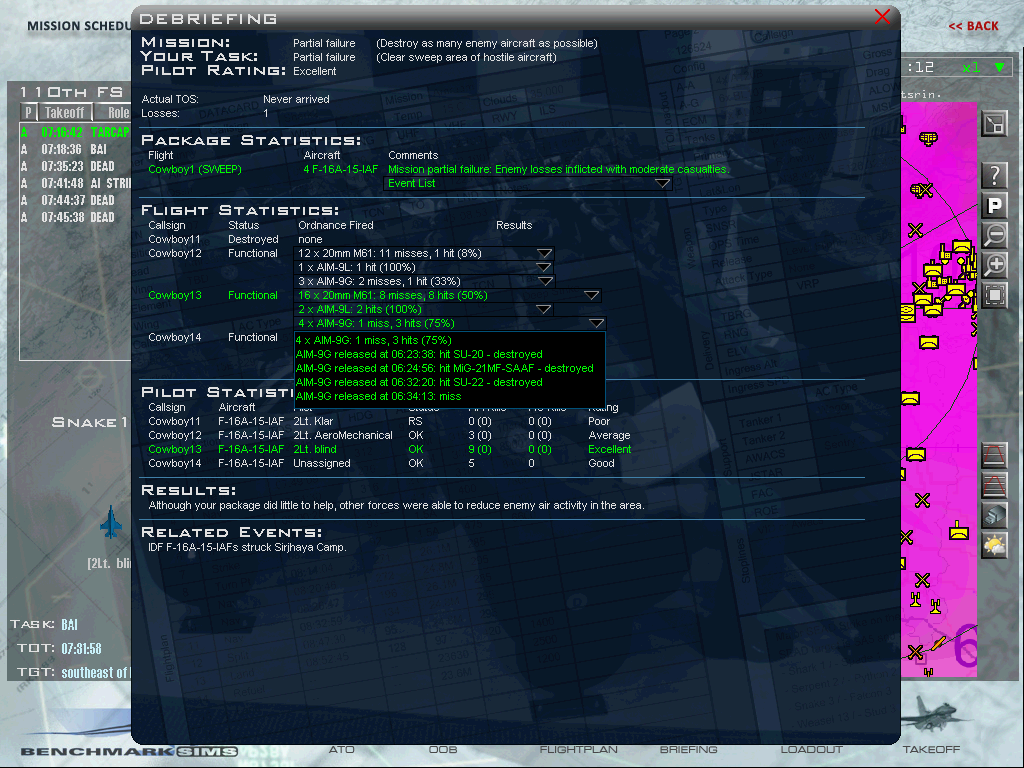 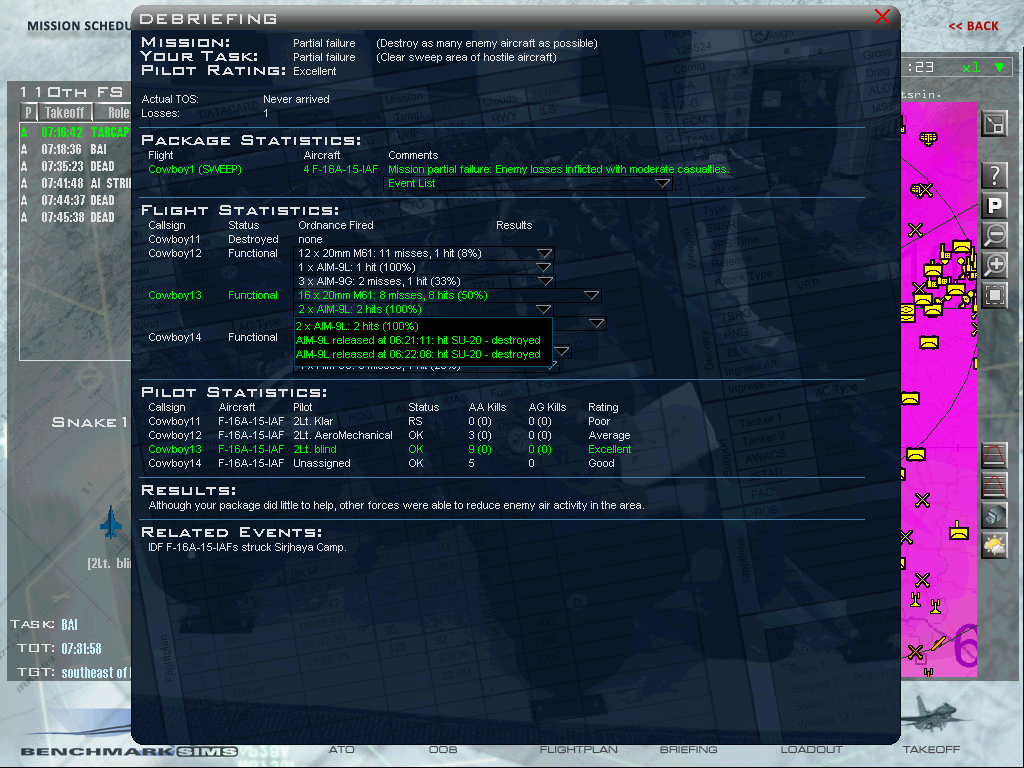 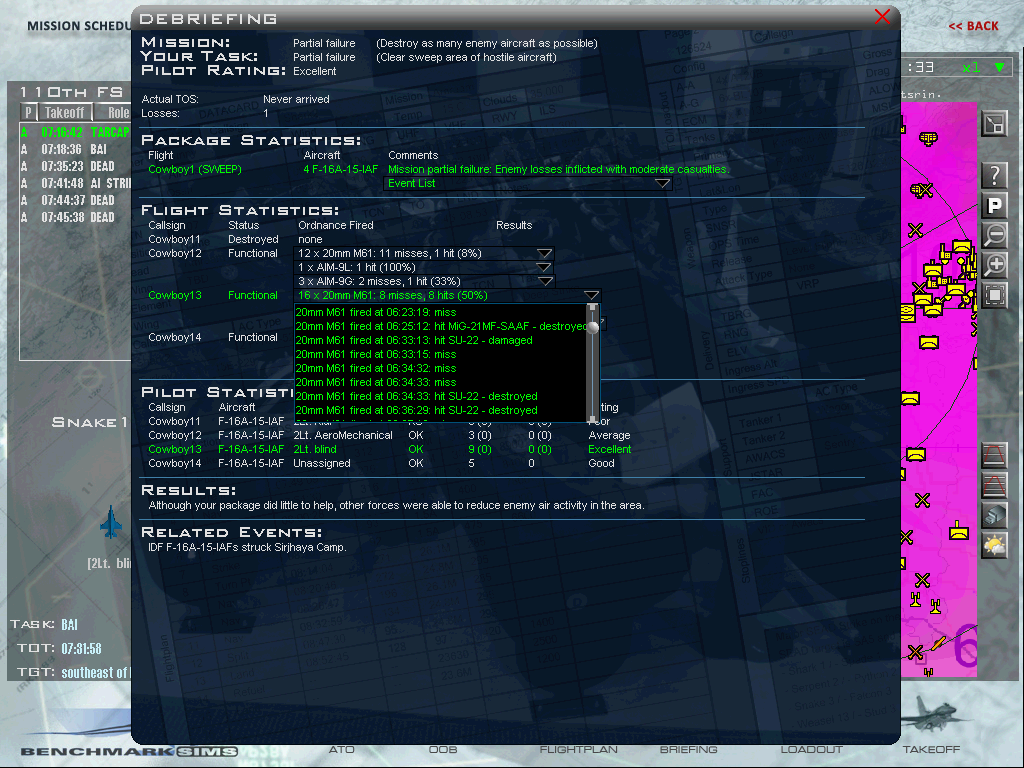 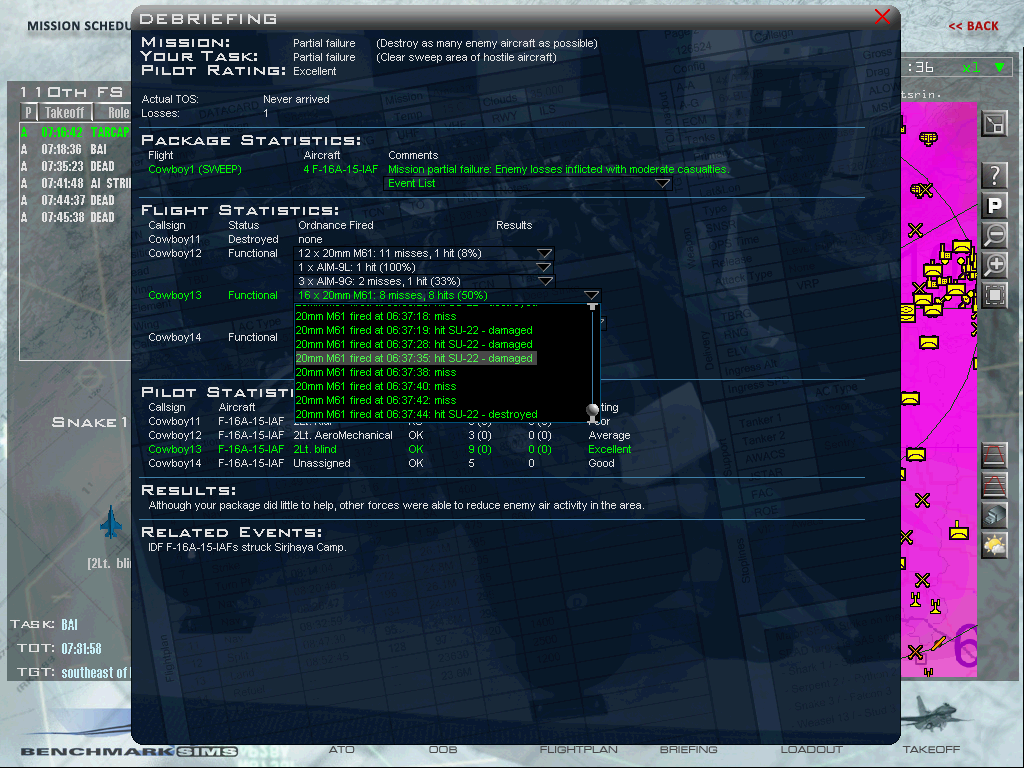 “Did little to help” my rear.

LAWL! Thanks for the giggle, sorry for that mission…

Love how I’m sitting there dead with a poor rating and zero kills , oi blin. Foxbatted to the face during the fourth merge

Foxbatted to the face during the fourth merge

I heard you call dibs on the lead, I locked up the trail and merged to get a visual, next thing I know I look over in your direction and there’s just a fireball.

“But he was right there!”

Not bad. But apparently you should have seen what those “other forces” did for the war effort. Stop slacking, 2nd Lt Blind!

4 posts were split to a new topic: DCS World and the Falcon?

Anyone on here still flying Falcon? I’m debating whether or not to reinstall it after my recent hardware refresh. Those new viper models by Janhas are pretty amazing. Best looking F-16 model I’ve seen in any flight sim to date.

…Psssst. @near_blind, @klarsnow. Someone else actually wants to play Falcon.

Edit: Because the BMS forums are tightly guarded, here’s a video of it in action:

I was really into Falcon about 6-12 months ago. I also have the warthog and ended up using some profile I downloaded on the Falcon BMS forum. When I fly DCS I really miss the ATC, AI and Dynamic campaign in Falcon. I just wish the Dev’s will update the UI and the engine in the next major update. If we could get some better lighting, autogen and clouds this sim would be so awesome.

VR ruined falcon for me

Ditto. I badly miss Falcon. I miss ARMA too. But I am never putting the TrackIR back on.

More VR seals to club and Juche for me.

…Yeah, the inability to see the world through screen door coke-bottles really ruins it for me too.