FLIR of an airplane landing

This is pretty darn nifty…them brakes getting hot!

Neat to see the front window heat operating too! And the nacelle that connects the engine with the wing seemed rather hot, I would presume due to it’s distance to the exhaust section and perhaps some bleed air inside, although I am not sure about that, never heard of that specific part being actually hot.

I found the fact that you can see the rubber going from cool to quite hot really fast fascinating, imagine what the engineers that designed those wheels had to go think “We have to slow down WHAT from what speed?!”.

Wow… that was cool. It looked like the jet was on afterburner and the moment of touchdown was something else when the heat signature from the tires seemed to burst into fire.

That’s some very high quality FLIR video there, I wonder how much one of those cameras cost

Just to make some more friends…

Pretty positive that that is what everyone thinks we are looking at?

Nice!
I wish infrared cameras in games would show something similar. Until now there is not one that gets even close.
(although some infantry sim, could be ArmA3, has some decent IR effects)

I think BMS 4.33.1 is pretty decent, since they have FLIR navigation now, as part of the TFR mix.

Pretty positive that that is what everyone thinks we are looking at?

I’m pretty sure that @komemiute’s comment above was trying to clarify that that the video in this thread was taken from a thermal camera, not the specific installation of an infrared camera known as a “FLIR”.

To put it another way, not every camera that takes “heat” pictures is a FLIR.

Of course, the term is now so commonly used to describe any thermal camera, it’s kinda moot to argue about it. Which is why I’m guessing he prefaced his comment with “Just to make some more friends…”!

And to add more fun and confusion: not every infrared camera is a thermal camera!

Oh…an opportunity to use my favorite gif…!

How can people not love @EinsteinEP?

Being a non native English speaker sometimes my attempts at sarcasm are met, ironically, with ennui.
I apologize and promise to never going to not try that again.

I wish I could look up and see that it was a FLIR© model that provided that image. That way it’d have been correct (technically)…

The relative motion of the background and subject in the video indicates the observer was moving perpendicular to the line-of-sight. This, in addition to the smooth tracking of the subject strongly suggests a gimballed and stablized imagery system, not a fixed Forward Looking Infra-Red system.

Additionally, the imagery comes from the National Police Air Service which flies MD902s and Eurocopters, none of which are typically fitted with a FLIR, but, instead, typically have gimbal-mounted and stabilized imagery systems. 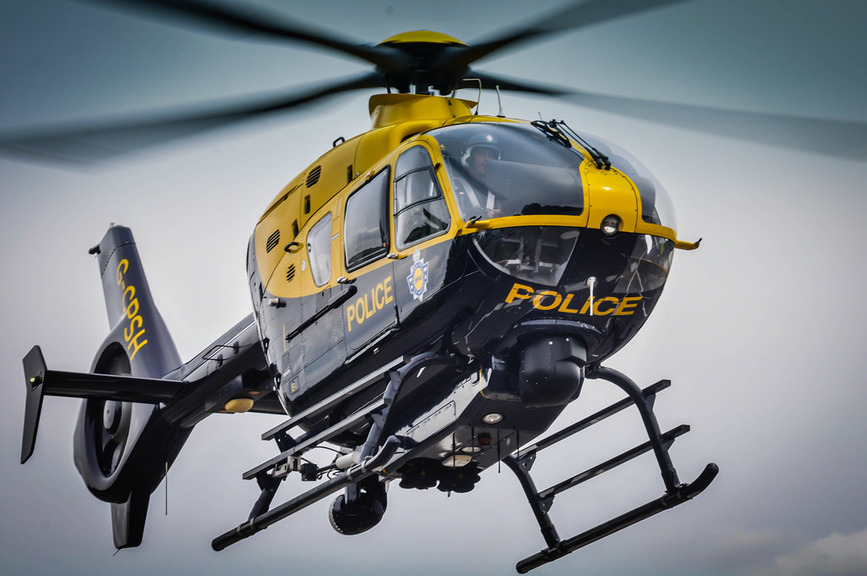 While it’s possible that a very skilled helo pilot was able to keep track of the incoming plane with this kind of stability, I wouldn’t bet my parking space on it.

If we’re arguing semantics, what would you call a FLIR camera system that you mount to gimballed and stabilized platform?

No, I’m saying that if the product were made by FLIR (that is a company name too), then it’d be technically correct regardless of the type of IR installation.

No, I’m saying that if the product were made by FLIR (that is a company name too), then it’d be technically correct regardless of the type of IR installation.

Heck…they themselves call it the generic “FLIR”…

As an airborne law enforcement pro, when the call comes, you go – night and day, good weather and bad. Whether your shift calls for patrol, surveillance, search and rescue, or any other mission the job might throw at you, there’s a FLIR system to answer your call.

And I’m drinking my third margarita…sigh…